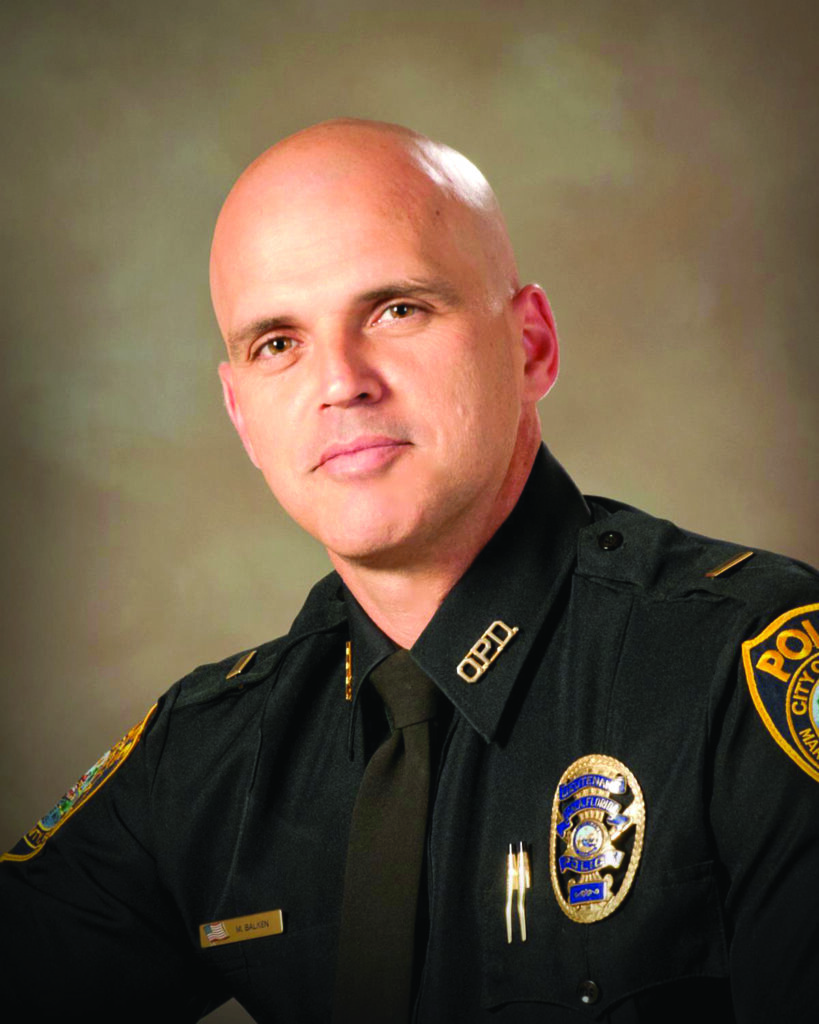 Guinn said he will make a formal recommendation to the council at its next regular meeting on Nov. 17.

Balken, who is serving as acting chief in the wake of former Police Chief Greg Graham’s death in a plane crash on Oct. 25, has been with the Ocala Police Department since April, 1994, when he was hired as a patrol officer. In the ensuing years, Balken served as a detective and watch commander. In 2015, he attained the rank of major and headed OPD’s investigations. Two years later he was placed in charge of the Patrol Division.

The question of a new chief came up as Councilman Ire Bethea suggested the city keep flags at half-staff for 30 days in recognition of Graham’s service to the city. Bethea also said the 30-day “mourning period” would give citizens time to evaluate Balken’s performance.

Guinn responded by saying he was ready to move ahead.

“Mike Balken is my choice,” the mayor said. “My plans aren’t going to change. I’m not going to bring a name other than Mike Balken.”

“My plan is not changing,” Guinn continued. “I don’t want to waste people’s time.”

Balken, who attended the City Council meeting, did not say anything regarding Guinn’s comments. His only remarks were to thank the city and its residents for all the kindnesses and expressions of sympathy OPD had received in the wake of Graham’s death.

Guinn said Graham, who was 58, had a succession plan that included promoting Balken to chief upon Graham’s retirement.

“That was Greg’s plan the whole time,” Guinn said, “for Mike to be chief when he retired.”