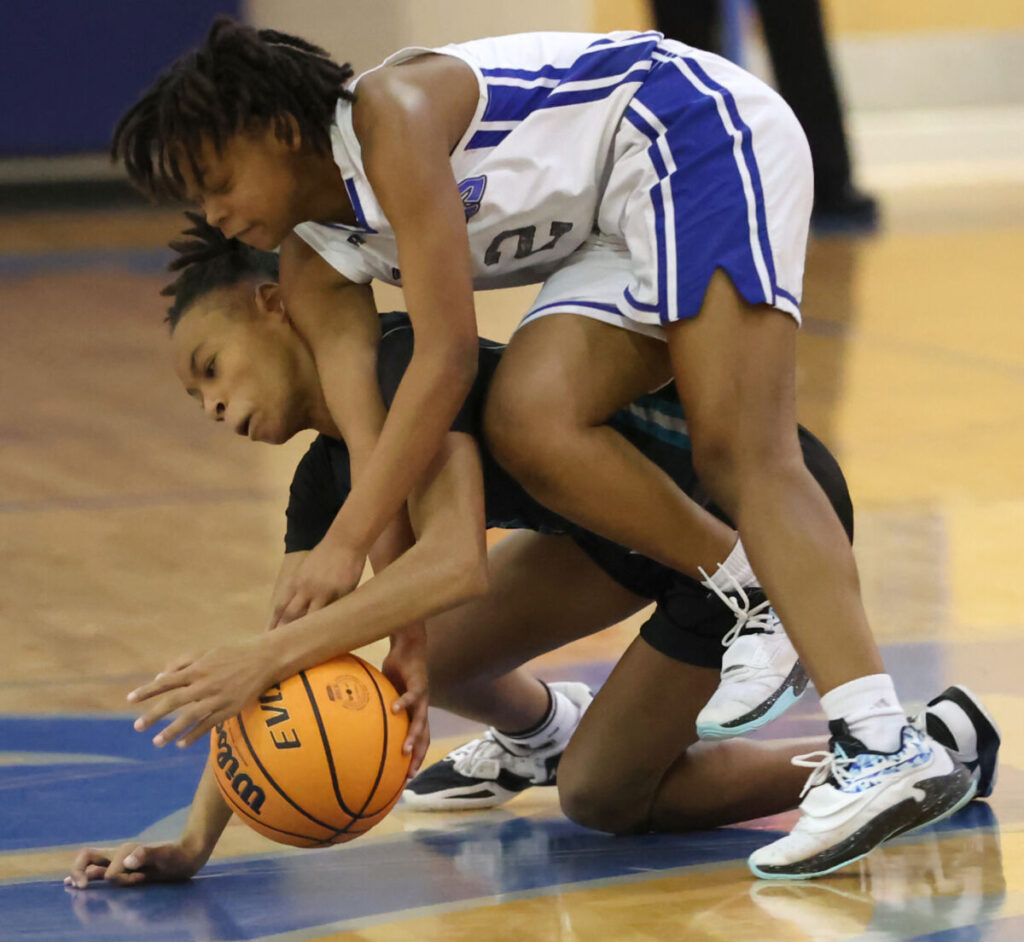 West Port senior guard Mia Lake scored a game-high 22 points to lead the Wolf Pack to a 60-29 win over Belleview on Monday night.

The win, which snapped a two-game losing streak, improved Class 7A West Port, which had three players in double figures, to 17-5 on the season.

“After the schedule we played over the weekend (Winter Haven and Jacksonville Bolles), two of the best programs in the state, we came out and played very well tonight,” said Wolf Pack coach Corey Rollerson. “Playing those elite teams helps us prepare for the district tournament that’s coming up. Every game that we have balanced scoring we win and hopefully we can continue having three or four players score in double figures because that makes us tough to defend.”

The loss dropped Class 5A Belleview, which saw a three-game winning streak come to an end, to 9-10 overall.

“West Port showed why they and possibly Trinity Catholic are the best teams in the county,” said Rattlers coach Gary Greer. “West Port played great and we’re glad to get a chance to compete against them. We knew this was going to be a tough matchup for us, but it will help us prepare for next week’s district tournament because there’s no team as good as West Port in our district.”

West Port, which likes to run and plays an up-tempo game, came out firing on all cylinders as junior center Ciarra Lake scored four of her 10 points in the paint and Mia Lake poured in 10 points to give the Wolf Pack a 20-3 lead heading to the second period.

Belleview, which had 23 turnovers against the swarming pressure defense of West Port, tried to mount a rally as sophomore Aaliyah Grant, who transferred from West Port, scored five of her team-high 15 points and sophomore center Aaliyah Armbrister added five points in the paint to pull the Rattlers within 39-13 at the half.

West Port extended its lead in the third quarter as Mia Lake scored six points on strong drives to the basket and Mileyka Mercado drilled a 3-pointer from the left wing to make it a 35-point advantage.

A running clock was used for the remainder of the contest. Despite the large deficit, Belleview continued to play hard as Briyanna Miles scored seven points and Grant, who also pulled down 11 rebounds, added five points.

West Port’s Calise Smith scored four of her 10 points in the final stanza as the Wolf Pack cruised to the victory.

West Port plays in a strong district where the Wolf Pack are currently in third place heading into the upcoming district tournament.

“We’ve got to stay healthy and play our game to be successful in the district tournament,” coach Rollerson said. “We’ve been playing good defense all season, that’s got to continue as well, and we have to cut down on our turnovers.”

West Port is back on the hardwood on Thursday night with a home game against P.K. Yonge.

Belleview will play at Forest on Wednesday night. The Rattlers will face Leesburg or Citrus on Monday night in the first round of their district tournament.

“I think we can win the district tournament,” coach Greer said. “We can compete with any team in the district if we play well, stay healthy and keep our turnovers down.”