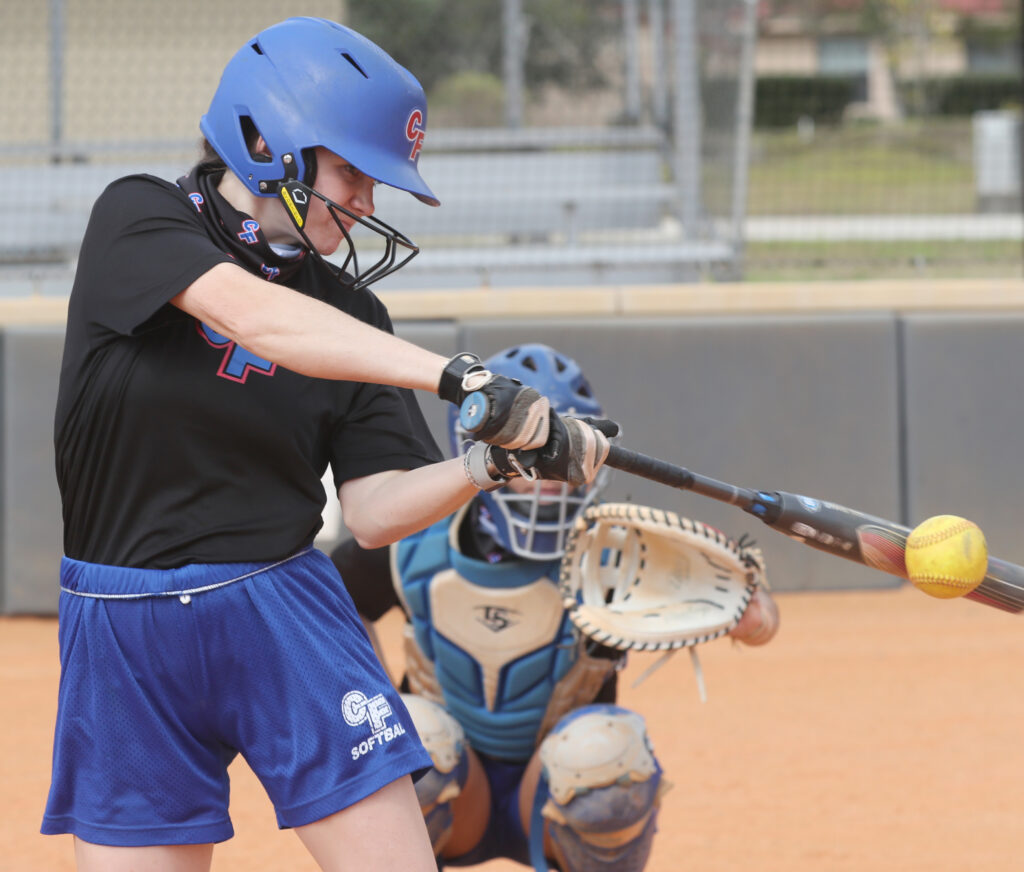 Navigating the first year as a head coach is never easy. Never mind doing it during a global pandemic.

However, if Mike Lingle, who took the reins of the College of Central Florida’s softball program this year, learned anything from his predecessor, it’s that the train keeps moving.

“When Coach (Kevin) Fagan decided to move on to that next level at the NCAA, it was a shock to me because we have been such close friends, and he has been like a big brother or a mentor to me the past 10 years that we’ve been together,” Lingle said.

Fagan, who coached the Lady Patriots for seven seasons and led the program to four conference championships, left CF to coach the Emmanuel College Lions, an NCAA Division II program in Georgia.

And now, Lingle, who has been with the CF program for 11 years as an assistant coach and recruiting coordinator, will look to pick up where he and Fagan left off.

Given Lingle’s familiarity with the program, not much has changed in terms of the team’s structure. However, the pandemic brought its challenges.

Typically, CF’s softball team spends its fall scrimmaging other universities and travel ball programs to prepare for the regular season in the spring. In 2020 those opportunities dried up because of the pandemic. Instead, the Lady Patriots played against themselves.

“It was a little challenging to keep (the team) interested and involved by only having them scrimmage each other,” Lingle said. “You can only do that so much.”

Despite only seeing his team play against itself, Lingle is confident in their talent.

Redshirt sophomore shortstop, Odalys Cordova, is described by Lingle as a “flashy shortstop” who will likely be hitting in the three-hole for the Lady Patriots.

Meanwhile, sophomore centerfielder Caroline Jacquay is expected to pick up where she left off in 2020 when she was hitting with an average of over .400. Fellow redshirt sophomore Isabella Pinto will also likely help CF’s offensive efforts as she ranked second in the nation in stolen bases last season (33).

Redshirt freshman Madison Edwards is set to be the Lady Patriots’ ace in the circle after finishing top 5 in the NJCAA softball rankings in ERA and wins last season. 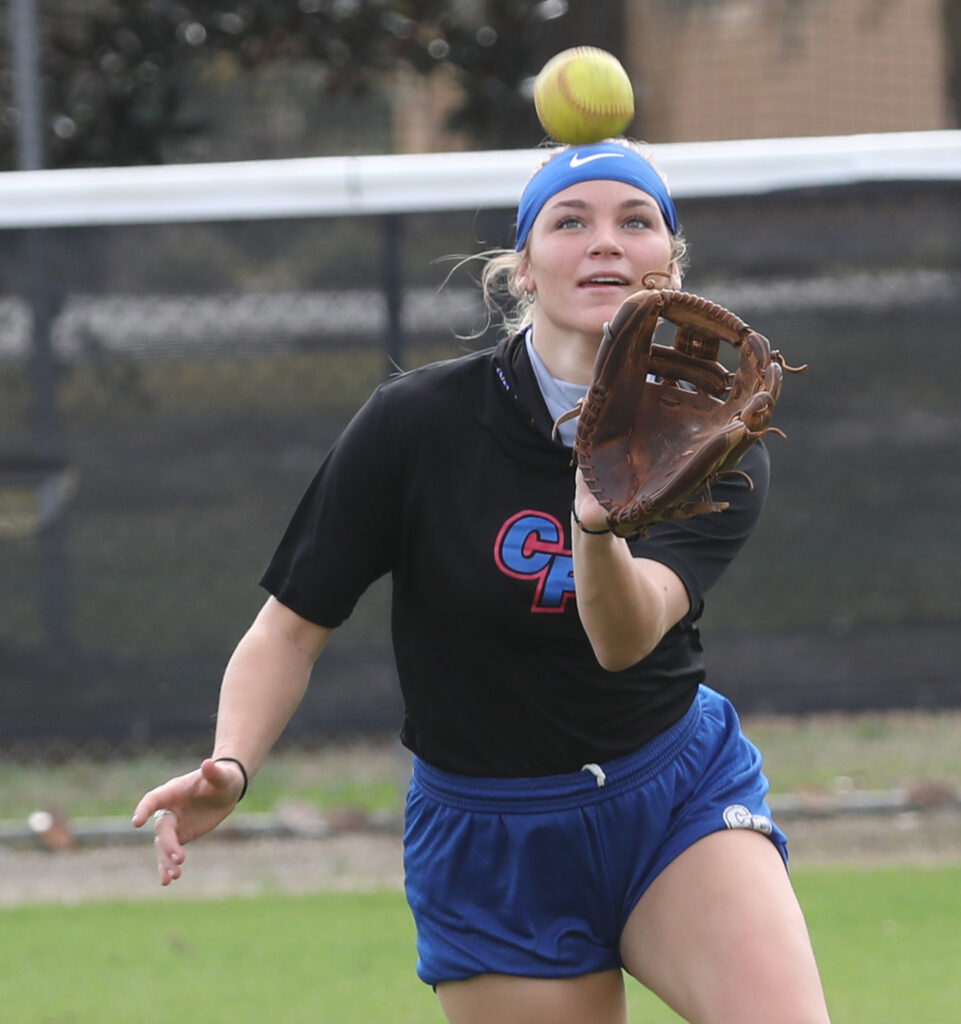 Emily Dixon makes a catch in right field during softball practice at the College of Central Florida. [Bruce Ackerman/Ocala Gazette]

“I see us as being a defensive-oriented team who is going to be very athletic and aggressive on the bases, mixed in with some tremendous pop,” Lingle said. “We’re pretty balanced. We’re pretty athletic. We’re pretty steady in the circle. No lights out pitcher, but we feel like we are seasoned at all positions and that we will play solid defense. Our philosophy is good defense, solid pitching and timely hitting. We don’t need lots of hits. We just need good, timely hits.”

And while learning how they stack up against other competition has been difficult during the offseason, members of the roster will tell you that spending all that time together has its perks.

“We’re a lot closer than what we were last year with the other girls,” Edwards said. “So, I think we will mesh together once it comes down to it.”

Echoing Edwards’ sentiments, Jacquay claims that keeping things lighthearted has helped cut through the tension of an unorthodox offseason.

“We all pretty much, in a sense, as far as social distancing can go, we all live together. We still have our roommates and such, so just between the jokes that we make there and here, someone’s always chirping something on the field,” Jacquay said. “We all get along super well. And just music at practice, you know, messing around as much as we can while still getting all the work in. We just try to have as much fun with it as we can.”

The Lady Patriots kick off the season on Jan. 29 when they travel to Clearwater to take part in the Adidas JUCO Kickoff Classic and Showcase. There, CF will draw a triple-header against Fayetteville Technical Community College, Pensacola State College and Florence-Darlington Technical College at 10 a.m., 12:30 p.m. and 4:30 p.m., respectively.

The CF softball program will continue its action in Clearwater on Jan. 30 with games against Gulf Coast State, Polk State and USC Union at 8:30 a.m, 1:30 p.m. and 4 p.m., respectively.

Following the showcase, the Lady Patriots make their home-opener on Feb. 2 when they host Hillsborough Community College in a double-header.

After a shortened 2020 campaign, the CF softball team is ready to compete.