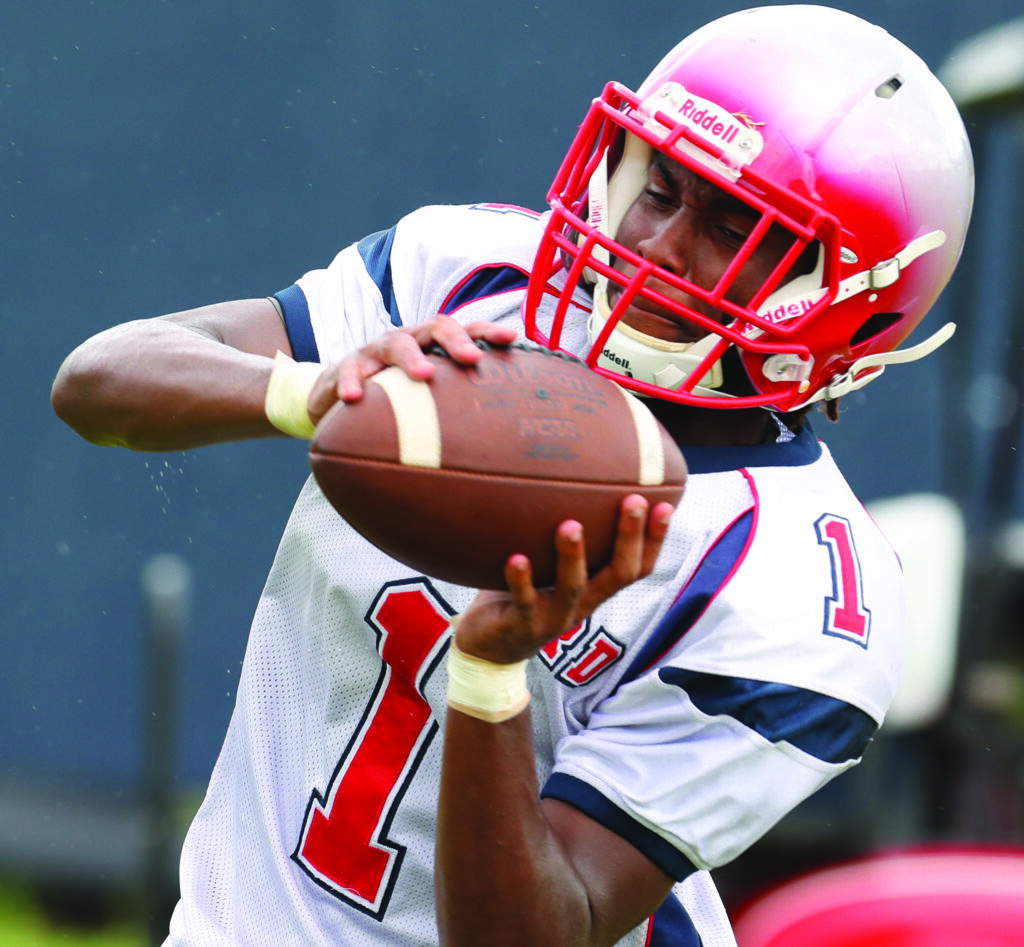 For many, football is as much a part of fall as cooler nights, the return of outdoor festivals and the approach of holidays.

After a long delay, area public high schools kick off their football seasons this week, offering a respite from the angst and daily complications of a scourge that has paused so many aspects of our daily life.

It wasn’t easy getting to this point. Dunnellon Coach Price Harris said that during summer training camp only 10 players were allowed at a time in the weight room for 45-minute workout sessions. When you have a roster of over 40 players, this makes for long days.

Harris’ Tigers are one of the teams to watch in 2020, as they begin their quest for a title with a game against Lake Weir.

“We still have work to do, and we will continue to grind it out, but we are ready for Friday night against Lake Weir,” he said.

The other public-school matchups on tap feature West Port against Belleview and Forest against North Marion.

Said Coach Greg Carr of the North Marion Colts, “My team has been putting in the work at practice and are ready to put their skills to the test in live action. We are beyond excited to get the season started.”

The following is a quick glance at each team and how they are shaping up for the 2020 season:

The Rattlers, who take on West Port Friday night, are coming off a disappointing 1-9 record in 2019, but the return of just 13 seniors gives this team an inexperienced look. They will have to rely on a crop of underclassmen if they are to make noise in 2020. Led by Head Coach Adam Martin, Belleview enters the season ranked 510 in the state.

The Tigers were one of just two teams that were able to complete a pre-season scrimmage, against West Port, and they pulled off a 49-34 victory. Dunnellon finished the 2019 season with an overall record of 9-2. Under the leadership of Head Coach, Price Harris and a whopping 23 seniors, the Tigers figure to be in the hunt for a district championship. Their current state rank is 66.

The season opener for Forest will be tough, as they face a strong North Marion team.  The Wildcats’ record for the 2019 season was 3-7, but they return 17 seniors, giving them a strong nucleus and a chance to compete every week. They are led by Head Coach Robin Williams and enter 2020 ranked 328 in Florida.

The home opener for Lake Weir will be a difficult matchup as they face the Dunnellon Tigers.  The Hurricanes had a disappointing 2019 season, finishing with a 1-9 record. With only 10 seniors on the team, Head Coach, Eoghan Cullen will have to look to his underclassmen to help carry the load and elevate this group. Lake Weir is ranked 475 in the state.

Due to inclement weather North Marion’s preseason scrimmage against Vanguard was cancelled.  The Colts had a strong showing in 2019, finishing 9-3. Head Coach Greg Carr returns 16 seniors and a mix of juniors, sophomores and some freshmen that he will look to for a strong 2020 season.  North Marion enters the year ranked an impressive 52 in the state, making the Colts a favorite almost every week on the schedule.

The Knights have a bye this week, allowing Head Coach Edwin Farmer one more week to finalize preparations for their season opener on October 2 versus the Forest Wildcats. Finishing the 2019 season with a 9-3 record with 17 seniors on the roster, Vanguard should be a tough matchup for any team this year. They boast a state rank of 60.

Coming off a 34-49 loss in the preseason scrimmage, Head Coach Steve Rhem has been working hard to prepare his team for the season opener against Belleview. The Wolf Pack concluded the 2019 season with a record of 2-8, and with only 12 seniors returning, they will have their work cut out for them. Their current state rank is 379.

As the public schools are preparing for their season openers, the football season for private schools is already under way. Here is a brief preview of the outcomes so far and what is coming up.

Ocala Christian Academy:  The Crusaders are off tough losses to Bronson (26-40); Legacy Charter (18-26); and Halifax Academy (48-46).  Head Coach Dan Young hopes to turn their season around with an away game against Trinity Christian on October 2.

St. John Lutheran: St. John’s season opener was a bit dismal with a loss to Cedar Creek Christian (0-54). With what appears to be a young roster, Coach Joel Bronson has his work cut out for him. The Saints have their home opener Friday, October 2, against Eagle’s View out of Jacksonville.

Trinity Catholic:  The Celtics topped South Sumter at their home opener, 48-31, and hopes to make it two in a row this week against Gainesville. Finishing 2019 with a record of 8-4 with just 12 seniors on the field, John Coach Brantley will have to rely on a strong group of underclassmen to post another winning season in 2020.