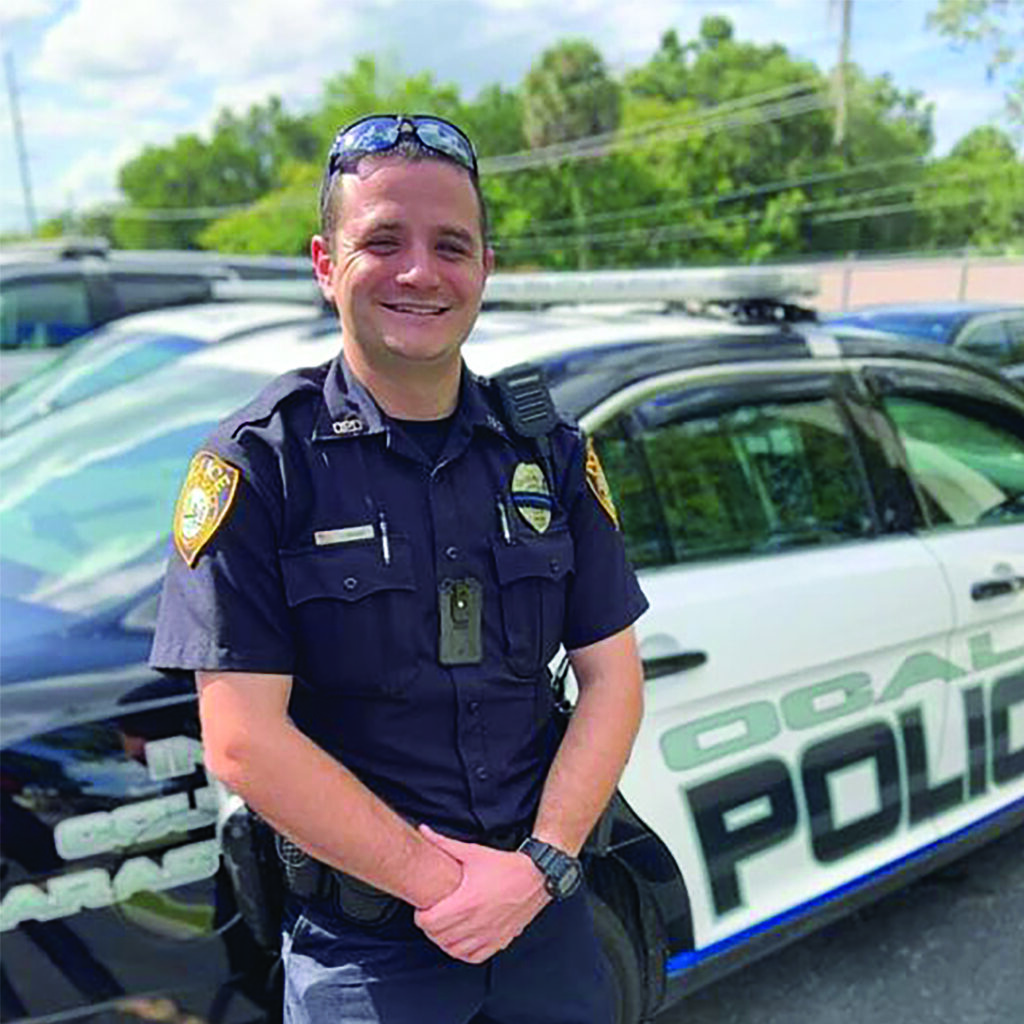 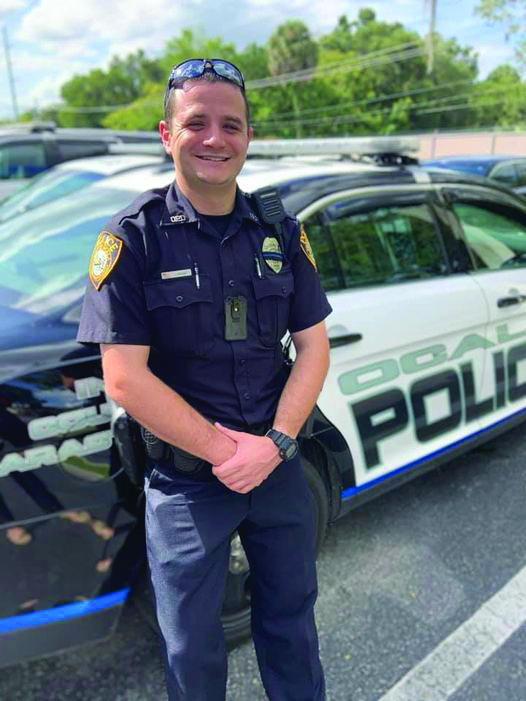 Editor’s Note: The following is a letter to the Ocala Police Department, reprinted with the permission of the writer

It would be remiss of me not to share with you the following account of a recent experience of mine.

At approximately 6:26 a.m. on Friday, September 4, I was awakened to what I thought was noise from construction that was underway at my condo. When I realized it was too early for the crews to be on site, I looked outside only to find two subjects on my balcony. I yelled out to them, “What are you doing?” I realized they had thrown my bike off the balcony and one of the men jumped soon after.

Then I found myself face to face with the second man and, as I yelled, he panicked and jumped off the balcony. I observed both men run down the road and into another apartment complex.

I dialed 911 and when the operator answered, she asked if it was an emergency. I explained to her what had just happened. She obtained address information and the direction I observed the men running. While I was yet speaking with the 911 operator, I heard sirens in the distance. I remember thinking that there was no way those sirens were for me. As the sirens got closer, the 911 operator continued to obtain information from me and was patient and professional. In moments, I heard a knock on my door and opened it to Officer Decker with the Ocala Police Department, accompanied by three or four other officers.

As Officer Decker and the others interviewed me, they were professional and appeared very concerned. Officer Decker informed me that the police dog was on site and the helicopter was overhead. I asked him, “All of this for a bike?” He explained to me that because these men had come onto my property while it was occupied constituted a more serious offense than a stolen bike.

Officer Decker was very professional in his interaction with me as he communicated everything that was happening at the time. His approach had a calming effect on me and I was able to give the best description I could of the subjects I’d observed on my balcony. I recall him saying to me, “You did great!”

Officer Decker continued to communicate with me throughout the entire process, making me feel a part of it, never leaving me out of the loop. He kept me informed as much as he could as to what was going on.

Officer Decker returned later and asked that if I saw the suspects, would I be able to identify them and I told him I was pretty sure I could. He told me that if it was okay, an officer and a trainee would be arriving to transport me to identify the suspects. He advised the training officer would be reading a statement to me that is required prior to me seeing the suspect and that it was also part of the procedure and part of her training.

Upon arrival, the training officer and the trainee introduced themselves. The training officer advised me again of the process prior to helping me get into the police cruiser. Once in the cruiser, my 4-year-old grandson called as he was concerned after hearing Grandma was in the back of a police car. I asked Officer Medeiros if it was okay for me to answer the call. He said yes and that if I wanted (as he had overheard the conversation between me and my grandson, Maison), I could show him the back of the car.

After the identification was complete and I was being returned home, Officer Medeiros offered to turn on the lights if I wanted to bring my grandson outside to take a look at the cruiser. I was so excited for Maison, but I had to explain to Officer Medeiros that my grandson actually lived in Orange County, that I had been communicating with him via Face Time.

But when we arrived at my complex, Officer Medeiros turned on the lights and, after the training officer helped me out of the car, she opened the doors and allowed me to show my grandson the car through Face Time. This was a pleasant surprise and to see the look on my grandson’s face was one of those priceless moments. The training officer even said hello to my grandson as I explained to him that there are female police officers in the world, as well.

Later, after all the other officers had departed the scene, Officer Decker, while still maintaining a professional and gentle demeanor with me and my family, explained what could be expected from that point on. What could have been a traumatic experience was transformed into a comforting one due to the care and concern of the responding officers. As a result of the timely dispatch and quick response by law enforcement, the suspect was apprehended and my property was recovered.

In my profession, I’ve had opportunity to work closely with many officers of the Ocala Police Department. However, this was my first contact with them on a personal level. And because of the outcome, I have a greater respect for them and for what they do. There was not one moment throughout this process that I was made to feel uncomfortable. I was handled with care and treated with the utmost respect (very odd, but I felt like a queen).

Some may perceive this as minor, but I believe that officers who display the type of professionalism and demonstrate genuine concern for people that I was met with make a great impact in our community, thus making the world a better place to live. And aside from my encounter, my grandson had a positive encounter with law enforcement as well. It was the officers’ simple gestures of queuing the lights and the virtual tour of the cruiser that, seven days later, caused him to say, “Grandma, guess what? I’m going to be a police officer!”

With everything going on in the world today, law enforcement officers are often in the spotlight as a result of negative behaviors; some real, some imagined. We quickly platform what is said to be wrong; but I feel that with the same platform we should recognize them for what they do right.

I am a strong advocate for LOVE, PEACE and UNITY