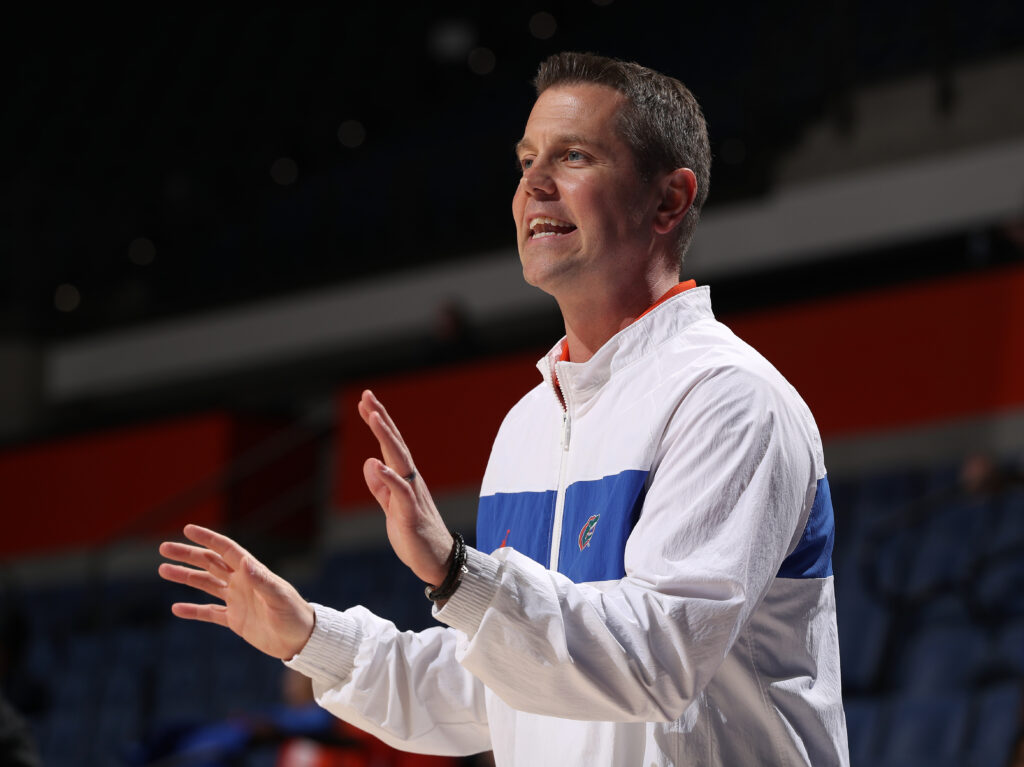 during the Gators’ game against the Ole Miss Rebels on Thursday, February 13, 2020 at Exactech Arena at the Stephen C. O’Connell Center in Gainesville, FL / UAA Communications photo by Logan White

Cam Newbauer is shown in this 2020 file photo. Newbauer stepped down as the Gators’ womens’ basketball coach on July 16. [UAA Communications/Logan White]

Newbauer, hired from Belmont in March 2017, failed to turn around the school’s only sport to never win a conference championship.

The 43-year-old Indiana native was 46-71 overall and 15-47 in Southeastern Conference play, including three three-win seasons in four years. Newbauer had four years remaining on a deal that paid him $500,000 annually.

His departure came two days after leading scorer Lavender Briggs entered the transfer portal, another indication the program was far from being on the right track.

“After much reflection, my family and I have come to the difficult decision to step away,” Newbauer said in a statement. “Gator Nation and the Gainesville community have accepted me, my wife Sarah and our three daughters from the day we arrived. We will greatly miss all of the people that have made our experience and make this place so special.

“There are many people who I am forever grateful for, but I especially want to thank all of the players who I had the privilege to coach. I have no doubt that the program we built is poised for great success.”