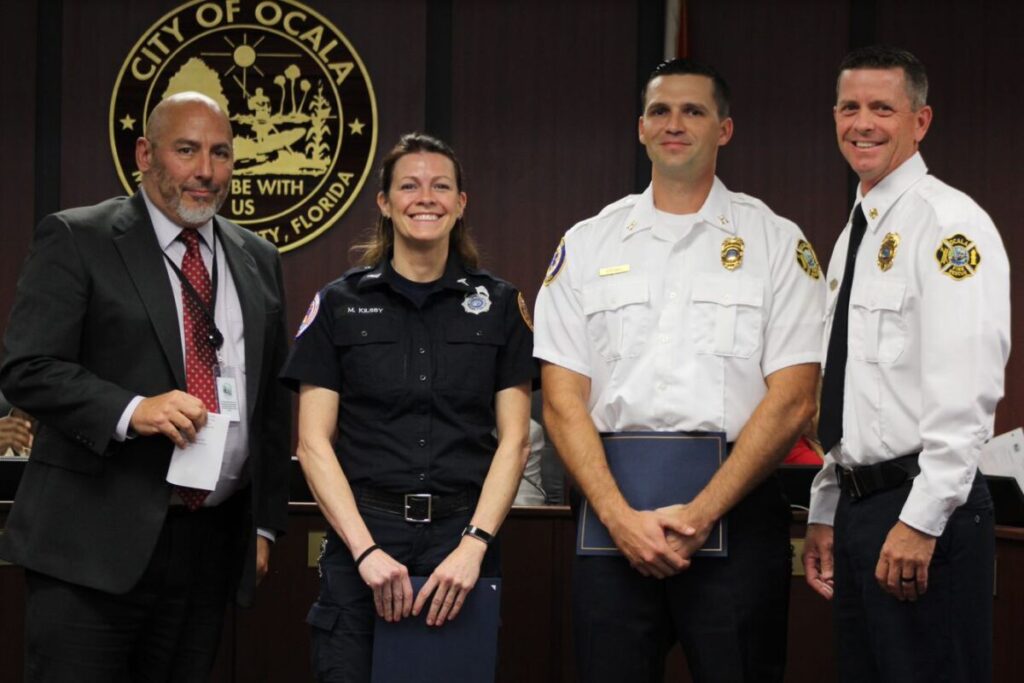 Ocala Fire Rescue (OFR) recently recognized its own Capt. Brent Stegall and Dixie County EMT Miranda Kilsby for their lifesaving actions at the scene of a motor vehicle accident encountered during their respective work commutes.

Around 8 a.m. on Aug. 17, a vehicle with four occupants traveling on US Highway 27 was involved in a rollover, which resulted in a vehicle fire.

Stegall and Kilsby, who were off duty, were traveling the same route. Stegall was returning home from work when the single-vehicle accident caught his attention. Without hesitation, he stopped to assist. He found one person outside the vehicle and three others trapped inside. There was a fire in engine compartment. Kilsby also stopped to help.

The two first responders removed the three passengers from the vehicle and conducted rapid trauma assessments while the first responding units arrived at the scene.

For taking immediate action and preventing severe burns or death to the vehicle’s occupants, OFR presented Stegall and Kilsby each with a Life Saving Award during the Oct. 4 Ocala City Council meeting.