Federal COVID-19 vaccine reserves set for roll out, but some concerned 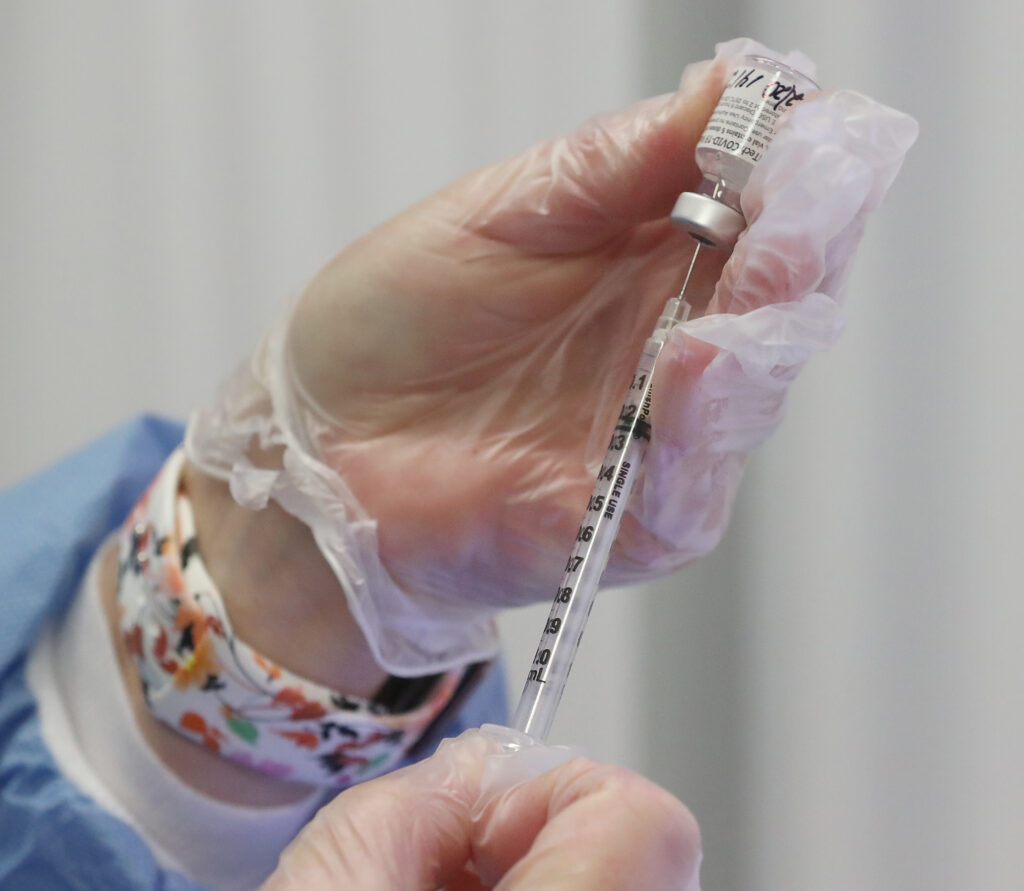 TALLAHASSEE – Florida Gov. Ron DeSantis said Tuesday his decision to steer highly sought-after COVID-19 vaccines to people 65 and older has been vindicated by a Trump administration announcement that it will do the same.

But the Trump administration’s decision to use supplies it has held in reserve to vaccinate more people has some Florida hospitals worried.

“There’s concerns here about the ability for us to be able to get our complete supply for our second doses, given they are going to distribute the entire vaccine supply,” a Venice Regional Bayfront Health official, who did not identify herself, said Tuesday morning on a hospital-industry phone call with Florida Department of Health Secretary Scott Rivkees and Agency for Health Care Administration Secretary Shevaun Harris. “Our health department here yesterday received no vaccines for the county for this week. And so, we are not sure we are going to get our complete second dose.”

She was not alone in her concerns.

“Any ideas as to when we might be able to get additional allotment over and above what we asked for initially in order to continue vaccination of our patients?” he asked.

The questions came after U.S. Department of Health and Human Services Secretary Alex Azar announced on the ABC show “Good Morning America” that manufacturing of the Pfizer and Moderna vaccines is running smoothly and that the federal government is releasing vaccine doses it has been holding in reserve. The reserves were designed to ensure enough supply for second doses of the vaccines. Both the Pfizer and Modern vaccines require two doses.

“Everything is now available to the states,” Azar said, adding that states should begin vaccinating all people 65 and older, as well as people with underlying comorbidities.

The Trump administration’s reversal in policy followed President-elect Joe Biden’s announcement that his incoming administration would no longer withhold the vaccines.

The reversal also came amid criticism of efforts to roll out the vaccines.

A federal Centers for Disease Control and Prevention vaccine tracker showed that as of Monday, nearly nearly 25.5 million doses had been distributed. Florida had received 1.66 million doses. A separate state report showed that slightly more than 597,000 people had been vaccinated in the state, with about 51,000 completing their vaccination series. Fifty-seven percent of the people who had been vaccinated were 65 or older, a figure that DeSantis touts.

Initially, only front-line health care workers and long-term care residents and staff were authorized to receive the coveted vaccines. DeSantis issued an executive order on Dec. 23 broadening eligibility to include 4.4 million Floridians who are 65 and older, along with all health-care workers who have direct contact with patients. That put the state at odds with the federal government, which recommended broadening the eligibility groups to include “essential” workers, such as first responders and teachers, and people 75 and older.

DeSantis repeatedly has defended his decision to buck the federal government and to make the vaccines available to people 65 and older, noting that they are the most likely to die from COVID-19. At a news conference Tuesday in The Villages, DeSantis said his decision ultimately proved correct.

But the decision to make the scarce vaccines available to millions of seniors jammed websites and overwhelmed phone systems as people scrambled to make appointments for shots. In some areas of the state, seniors camped out overnight in hopes of getting vaccinated.

The DeSantis administration also relied heavily on hospitals to vaccinate the general public, but it provided the facilities no blueprint to follow, and there have been miscues.

Meanwhile, not all the concerns hospitals expressed on Tuesday’s call with state health officials stemmed from the Trump administration’s reversal in policy.

Representatives from Manatee Memorial Hospital and Bayfront Health said they were worried about how the state keeps track of the number of vaccinations administered in the SHOTS system and how it could be underreported.

An acronym for “state health online tracking system,” SHOTS is a centralized information system that keeps track of immunization records. Hospitals, doctors and pharmacies that wanted to administer COVID-19 vaccinations were required to enroll in the SHOTS program. Additionally, the state has passed emergency rules that require providers to report in the SHOTS system all vaccinations administered.

But the Manatee Memorial Hospital official, who did not fully identify himself, said that there was an interface issue between hospitals and the SHOTS system that resulted in some vaccination data getting dropped. Because the state is relying on the SHOTS system data to determine vaccine allotments, the hospital official was worried that Manatee Memorial might not receive enough supply for its second doses.