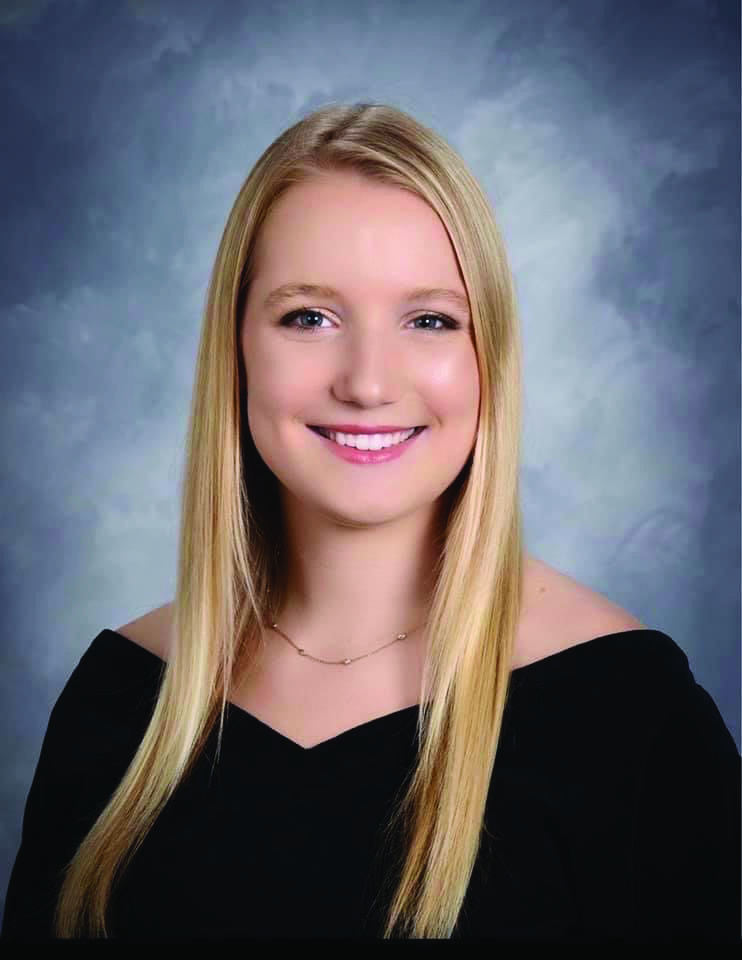 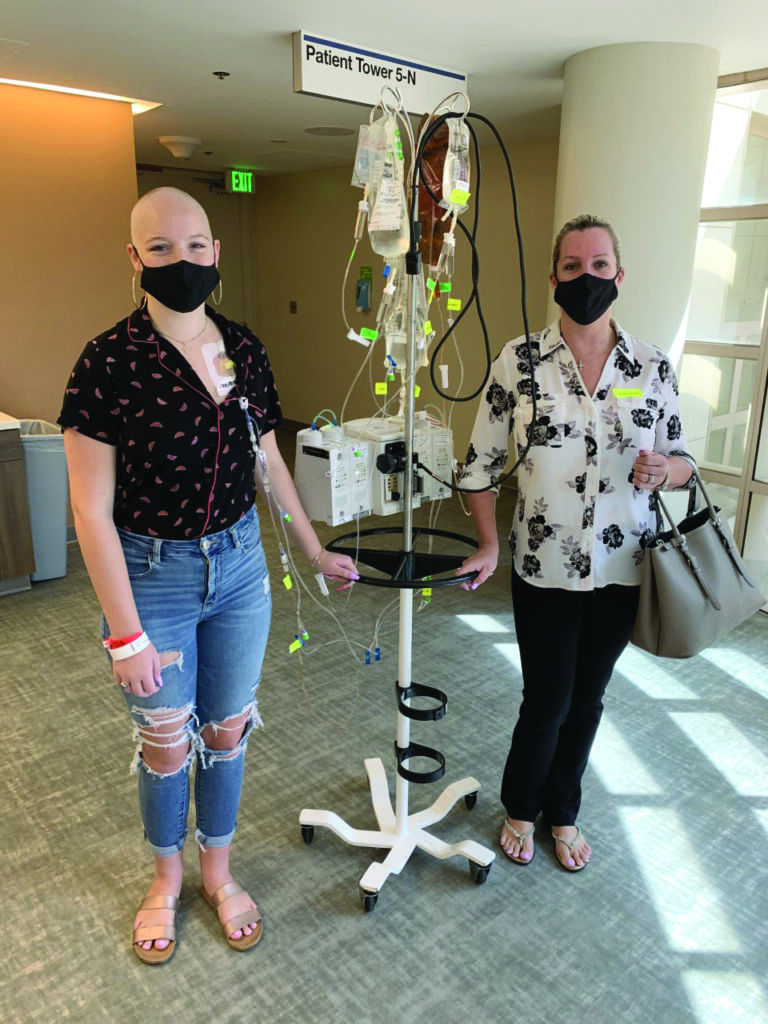 Fayth and Shannon at Moffitt.

Fayth Garmley is one in a million. Not in the way many parents would describe their beautiful, ambitious, college student daughter, meaning they think she’s the best daughter in the world. The 19-year-old who lived in Ocala her whole life until she moved to South Florida for college last year found out a month ago that she is literally one in a million — she has a cancer so rare that, according to the National Cancer Institute, only one adult per every million Americans is diagnosed with it each year.

This time last year, Fayth was settling into her freshman dorm room at Keiser University in West Palm Beach, making new friends and working at her new job as a hostess at The Breakers’ Echo restaurant. After graduating from Forest High School in the spring, she had vacationed in Europe with her parents, then kissed them and her two beloved goldendoodles goodbye and headed off toward her future: a degree in business entrepreneurship and a plan to start her own line of cosmetics.

In October she had her routine annual gynecological checkup and everything seemed fine. But just two weeks later she returned to the doctor, saying she felt a small lump in her breast.

“She said she didn’t feel anything, there was nothing there,” Fayth remembers the doctor saying. But her mom had taught her about the importance of early detection, and she knew something was different.

By February she was back in the doctor’s office. The lump had gotten bigger.

“She thought it was a cyst, so she had referred me to another doctor to get imaging done,” Fayth said. “They did the ultrasound and said they didn’t really see anything, there was nothing there.” 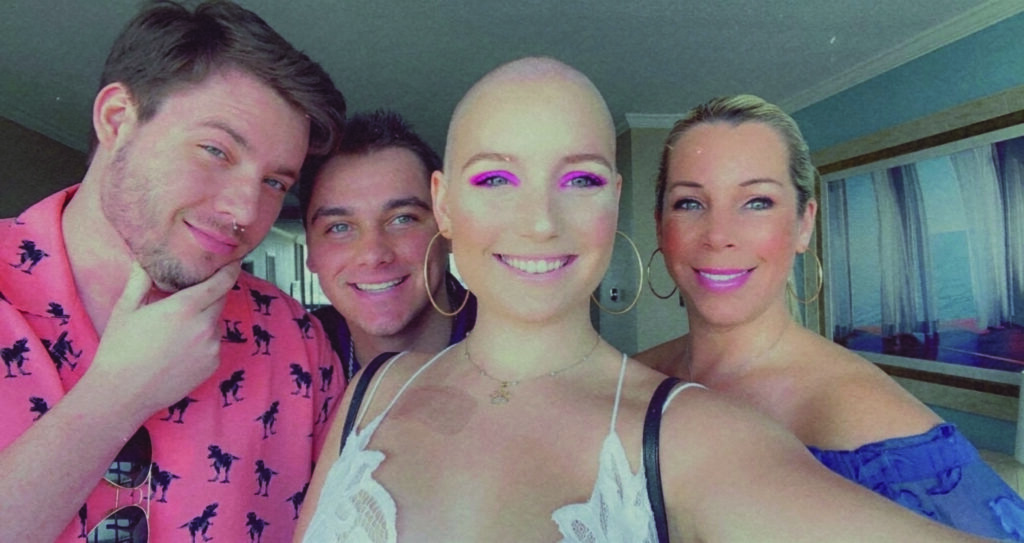 The usually healthy teen remembers feeling “dismissed” and talking to her roommates “asking them what they could possibly think it was.” Like any woman who feels a lump in her breast, she was scared.

“I was starting to feel frustrated because I wasn’t getting any answers and I knew there was something wrong,” Fayth said.

Her mom figured the doctor was right, it was probably a cyst, which seemed like a “normal” diagnosis for an active young woman. Fayth was now living in an apartment near campus, enjoying her classes at Keiser, which she says “was a perfect fit” and working at the hostess job she loved. But in August she texted her mom and said the lump “had gotten a lot bigger.” Her stepfather, Ocala physician Dr. Michael Holloway, who she calls “my dad Michael,” called a colleague and immediately got her an appointment in Orlando. This time they did an MRI, which revealed the tumor, slightly larger than 10 cm, or almost 4 inches. A biopsy returned a shocking diagnosis: angiosarcoma, an aggressive, soft tissue cancer that forms in the inner lining of blood and lymph vessels, so rare that it makes up only 1 to 2 percent of all sarcomas, which themselves make up only 1 percent of all adult cancer diagnoses. Angiosarcoma is rarely found in breast tissue, and almost all cases are in elderly women who have previously had radiation treatments for another type of cancer. A one-in-a-million diagnosis.

That was Monday, Aug. 17. The next day, Fayth was at Moffitt Cancer Center in Tampa. The day after that, Dr. Holloway got a call back from his colleague, Dr. Neeta Somaiah, a medical sarcoma oncologist at MD Anderson Cancer Center in Houston, the world’s No. 1 treatment center for angiosarcoma. The experts at both hospitals agreed on a treatment plan: at least three and as many as six rounds of chemotherapy followed by surgery, then radiation.

Dr. Somaiah, who agreed to take on Fayth’s case, encourages her patients by explaining that even a rare sarcoma diagnosis “is not ‘rare’ for the team” at a center with sarcoma expertise.

“They know the right way to manage this,” she said, adding that MD Anderson’s sarcoma access line can “expedite appointments for patients who have been recently diagnosed and not started therapy.”

“This way we can guide the right treatment plan,” she explained. “If the best plan is standard of care therapy, patients can then choose to pursue the care locally and we partner with their local oncologist and provide a treatment plan.” 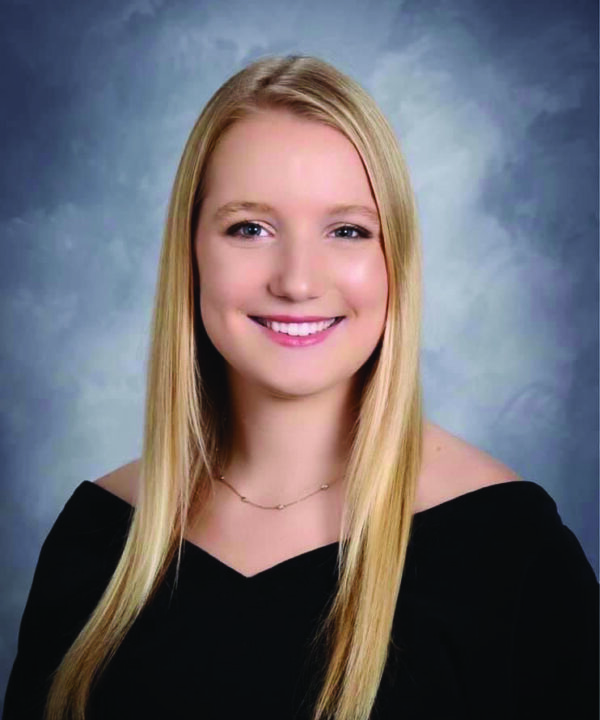 On Aug. 25, Fayth started her first cycle of chemotherapy at Moffitt. In just nine short days the carefree college student had become a cancer patient, alone in a hospital room with a port implanted just below her collarbone.

Five days of chemo left her unable to eat, but Fayth said the physical discomfort wasn’t actually as bad as she expected.

“It didn’t take me down much,” she said. “For the most part, I was really able to get up and move around myself within my little hospital room. I was very independent with it all.” The worst part? Not being able to have any visitors because of COVID-19 restrictions.

“It’s a lot of watching Netflix and FaceTiming people,” she said. “When I’m in the hospital and not feeling good, it’s like all I want is just somebody there. The nurses are great, but they’re not family. They’re not friends that can just comfort you and distract you from the situation.”

Creating the TikTok video diary she captioned “Titty Talk Update” became an outlet for Fayth to share her feelings as well as update the dozens of concerned friends and relatives following her story.

“It does help,” she said, “just talking about it and being able to express what I’m going through during the process and bring awareness about it.”

During her treatments in Tampa, Fayth and her mom, Shannon Holloway, have been staying in a nearby St. Pete beach condo loaned to them by a friend, with Michael spending as much time there as possible while keeping up his business in Ocala. Shannon, who recently earned her chef’s degree from the Auguste Escoffier School of Culinary Arts, put her nutrition knowledge to work, preparing homemade bone broth and nutritionally dense juices to “build her (daughter) back up.”

“I always say it’s God, medicine and nutrition, in that order,” Shannon explained. Unfortunately, just a few days after Fayth finished her first treatment, her temperature spiked to 102 and she spent three days in ICU receiving antibiotics to combat low blood cell counts and the risk of infection.

“She’s been really strong,” Shannon says of her blond daughter, who looks so much like her. “She’s really been a warrior for somebody who’s never experienced a hospital stay to have endured what she’s endured in the last month.”

Shannon told Fayth, “This is your journey. You don’t have to post it.” But Fayth wanted to share her personal story with the world, even showing followers a glimpse of her biopsy incision.

“I’m going to post this because somebody will relate, and if they can see my success through this and my faith in God through this, then I’ve done something,” Fayth told her mom.

On Sept. 10, Shannon helped Fayth make the video that would be the hardest so far. As inspirational music plays, Shannon cuts off Fayth’s long, blond ponytail. Fayth, with her bandaged port visible above her sundress, wipes away tears as she’s left with a short bob.

“Are you ready?” Shannon asks quietly, and hands her the buzzing electric clippers. The beautiful young woman cries as she begins to shave her head. Shannon holds back tears as she takes over and finishes the shave, and as evidenced by the Facebook comments, everyone who watches the four-minute video cries along with Fayth as she watches her lovely locks fall away.

“It was extremely sad and heartbreaking to me in the process of it and before I did it,” Fayth said.

But then something amazing happened. The warrior emerged. Fayth put on her makeup, then recorded her next video. Confident, with a smile, now bald, she sings along with Kelly Clarkson’s “Broken & Beautiful”: “I know I’m Superwoman, I know I’m strong, I know I’ve got this ‘cause I’ve had it all along.”

“Embracing the new look,” Fayth posted on Facebook. “Cancer has nothing on me!” 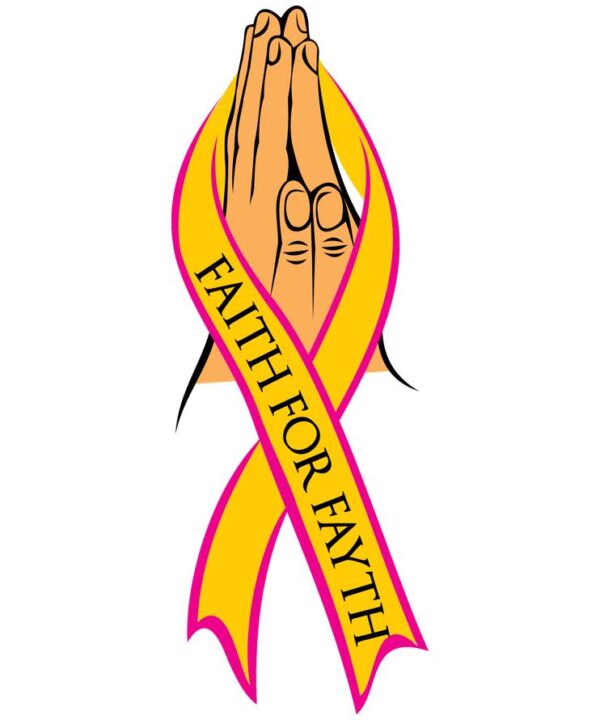 After a 16-day break, Fayth started her second round of chemo on Tuesday. At the end of the month, she will undergo a test to see if the chemo is working effectively in fighting the tumor. Michael acknowledges how blessed they are to have the top physicians from the country’s top cancer center and the Southeast’s leading cancer hospital working together to help Fayth achieve the best possible outcome.

“I think everybody recognized she was 19 years of age and had a very aggressive, very rare tumor; time was not on her side and we had to get treatments started immediately,” he said. “Nobody expected that the tissue diagnosis was going to come back as angiosarcoma. So, we were all shocked.

“As you can imagine, my role in all this as her dad but also as a medical professional, I immediately started working my contacts all over the country to find out as quickly as I could what the treatment plan needed to be. With MD Anderson being No. 1 in the country, they have co-collaborated with Moffitt, a more central spot for our lifestyle. And she might very well be the only reportable case in the world of a 19-year-old with a primary angiosarcoma.”

The call he received from Dr. Somaiah just two days after Fayth’s diagnosis gave their family the peace of mind they needed to confirm they were following the right course of treatment. According to the National Institutes of Health, angiosarcoma studies have shown a 5-year survival rate of around 30-40 percent, and recurrence rates can be as high as 72-84 percent.

“With Fayth looking to me for guidance on this,” Michael said, “I could tell you that it was one of the most humbling conversations I’ve ever had with a medical professional for a direct family member.”

Fayth, Michael and Shannon all say the outpouring of love and support from friends and family in the form of social media posts, shared prayers, cards and donations to Fayth’s GoFundMe campaign lift their spirits and provide them a source of hope. They created a graphic of praying hands with a ribbon that says “Faith for Fayth.” The ribbon is yellow, for sarcoma, outlined in pink, because, although Fayth’s cancer is not technically breast cancer, that’s where the tumor is located.

After she finishes multiple cycles of chemotherapy, undergoes surgery to remove the tumor, and completes radiation treatments, Fayth can’t wait to get back to West Palm Beach, to college, her job and her friends. In the meantime, she’ll continue sharing her journey through photos, videos and social media while keeping the faith.