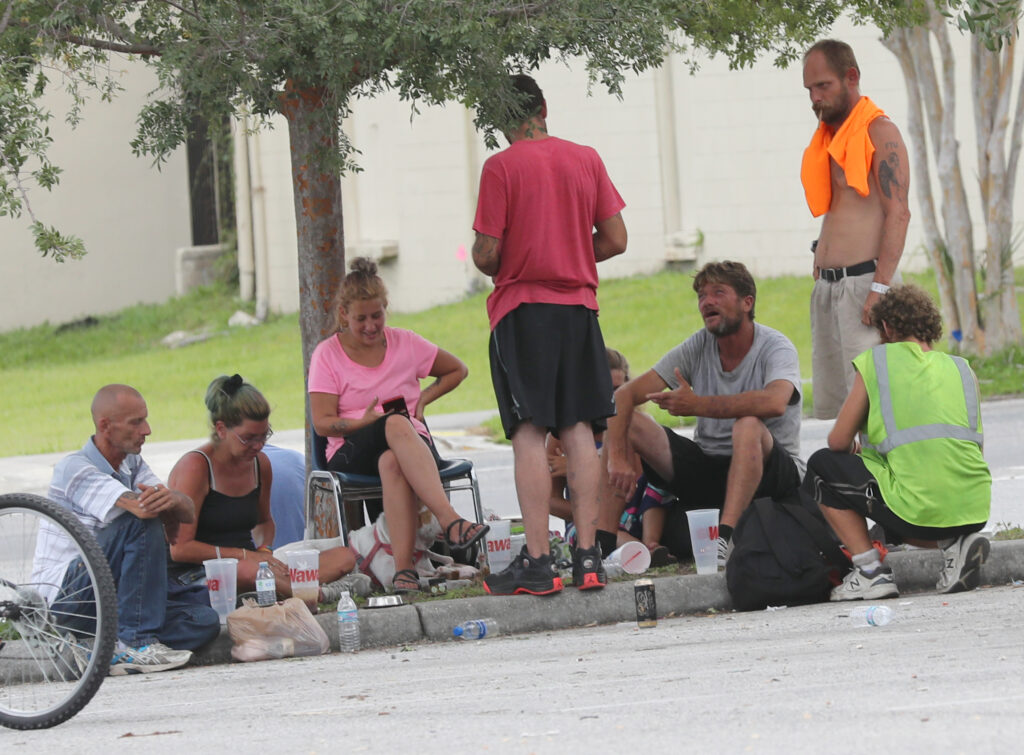 While the Centers for Disease Control and Prevention recently extended its order halting residential evictions until March 31, an Ocala legal aid attorney worries when the ban is eventually lifted, a flood of people will be left homeless.

“If the moratorium expires, then we’re going to be seeing a substantial increase in evictions not only in Marion County, but everywhere. A lot of people will probably be facing homelessness,” Lanza said.

And while the moratorium stops some evictions, others continue.

“The moratorium is based on non-payment due to a tenant’s ability to pay being affected by COVID due to lost income or otherwise being affected economically,” she said.

Landlords are free to not renew leases or evict for other reasons including violation of lease terms or due to criminal activity.

And landlords can still seek an eviction for non-payment of rent. It’s up to tenants to provide landlords with a declaration swearing their ability to pay rent was affected by COVID-19.

Some people are not aware of the steps they need to take. That’s where organizations like Lanza’s come in.

“The person would be attesting they do not earn more than $99,000 per year, have been affected by coronavirus and have made their best effort to get government assistance, unemployment and rental assistance,” said Lanza, adding that a tenant has five days to file the declaration with the court in an eviction proceeding.

The federal COVID-19 relief packages included money for rental assistance, but in at least on case locally, disbursement of $1 million was hindered by red tape and lack of resources.

Scott Quintel, president of the United Way, said they were not able to distribute the $1 million in housing assistance that the Marion County Board of County Commissioners had set aside from $63.8 million in CARES Act money.

The agency did distribute about $600,000 to 350 households through a separate Marion County contract. And other nonprofits, including the Community Foundation for Ocala/Marion County, continue to help find assistance.

Communities like Orange County, however, have set up eviction diversion programs with CARES Act money directly at the courthouse.

It’s a similar story with foreclosures. Federal moratoriums only cover mortgages backed by the government. Mortgages insured by the Federal Housing Administration are covered until March 31. The Federal Housing Finance Agency, which guarantees mortgages through Fannie Mae and Freddie Mac, extended its moratorium to Feb. 28.

“The moratorium does not cover conventional or private mortgages, only government-backed,” Lanza said.

Harding represents District 22, which covers part of Marion County and all of Levy County.

McQuaig remembers one case. A local couple lost their home to foreclosure due to their business suffering because of the pandemic.

They moved into an apartment, but again had trouble making rent. McQuaig said they fell behind three months but were able to find rental assistance through a local agency.

“The management company knew they were going to get the rent, but they still charged them late fees,” McQuaig said. “It’s just so devastating to this family. They did everything they were supposed to do but (the management company) still weren’t willing to work with them. Those three months cost them an extra $1,000 in late fees.”

McQuaig worries about how many others are going through similar situations.

“If that happened to them, it’s happening to a lot of people,” she said. “It breaks my heart to know what’s going on out there. I know this has been one of the saddest experiences I have ever seen.”