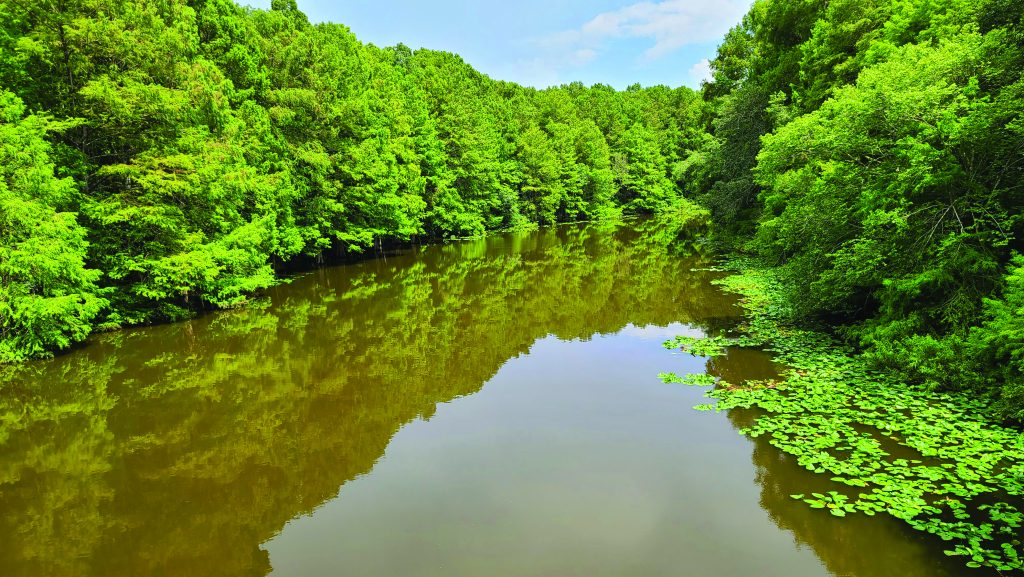 A longtime conservation group has declared the Ocklawaha River to be among the most imperiled rivers in America in 2020.

The reason: the 52-year-old Kirkpatrick Dam that created the 9,500-acre Rodman Reservoir, which to anglers is reportedly one of the best largemouth bass fishing havens in Florida, but which to conservationists is an environmental tragedy.

American Rivers added the Ocklawaha River to its annual “most endangered rivers” list, published since 1984, after the advocacy of Erika Ritter and Lisa Rinaman. Ritter is a Eureka resident who has run charter-boat trips on the Ocklawaha, Silver and St. Johns rivers since 1983, while Rinaman is the chief spokeswoman for the St. Johns Riverkeeper environmental group.

The designation will likely rekindle the debate over whether to tear down the Kirkpatrick Dam – a brawl that Craig Pittman, the leading environmental journalist in Florida, described earlier this month as “Florida’s longest-running environmental wrangle.”

“Marion County really needs an eye-opener to know what’s going on with the river,” Ritter explained of why she petitioned American Rivers to add the Ocklawaha to its survey.

“Most of Marion County doesn’t understand what Rodman Dam has done to it.” 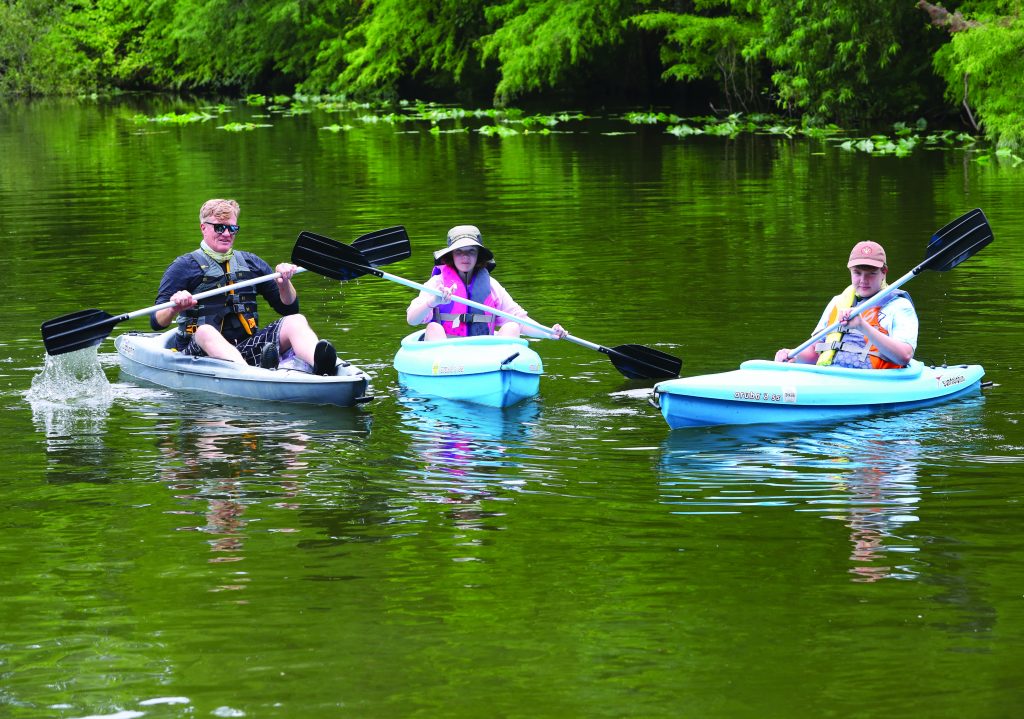 Ron Connelly of Morriston, left, and his two children, Elizabeth, 13, center, and Brice, 15, go kayaking together as they leave the Ocala Boat Basin to float down the Ocklawaha River from Ray Wayside Park in Silver Springs, Fla.

Rodman Dam was the 7,200-foot facility’s original name when it was constructed in 1968 as part of the Cross Florida Barge Canal. Although President Richard Nixon killed the canal project in 1971, at the urging of Florida environmentalists, the dam has remained. It was renamed for the late state Sen. George Kirkpatrick, who vigorously fought to retain it for fishermen.

Ritter, like other activists, wants the dam torn down to restore the Ocklawaha’s natural flow. 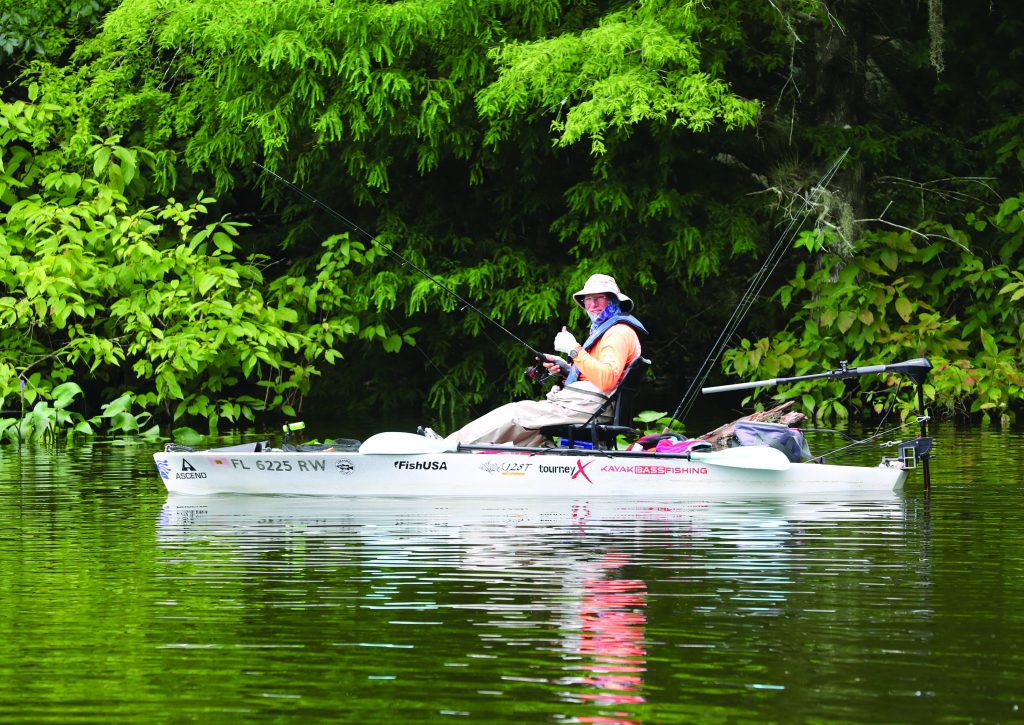 An unidentified man gives a thumbs-up as he goes fishing along the banks of the Ocala Boat Basin near the Ocklawaha River at Ray Wayside Park in Silver Springs, Fla.

The group urges Gov. Ron DeSantis to heed the recommendations of both the Florida Department of Environmental Protection and the St. Johns River Water Management District, both of which support “partial restoration” of the river’s flow.

Besides losing what anglers believe is a vital fishing hole, one argument against breaching the dam is that it would overload the 74-mile-long Ocklawaha River with pent-up and potentially damaging nutrients.

Ritter noted there is “some truth” to that. But, she added, “Nobody knows what the real river will do once it’s restored.”

When Pittman asked Putnam County Commissioner Larry Harvey, who doubles as executive director of the Save Rodman Reservoir group, which wants the dam preserved, what may happen to the bass in the reservoir if the river were allowed to flow naturally, Harvey replied, “We don’t know what would happen.”

While neither side is quite sure of the future if their argument prevails, Ritter is utterly convinced that the man-made blockage has caused significant problems upstream.

“Rodman Dam is the reason it’s in trouble,” Ritter said.