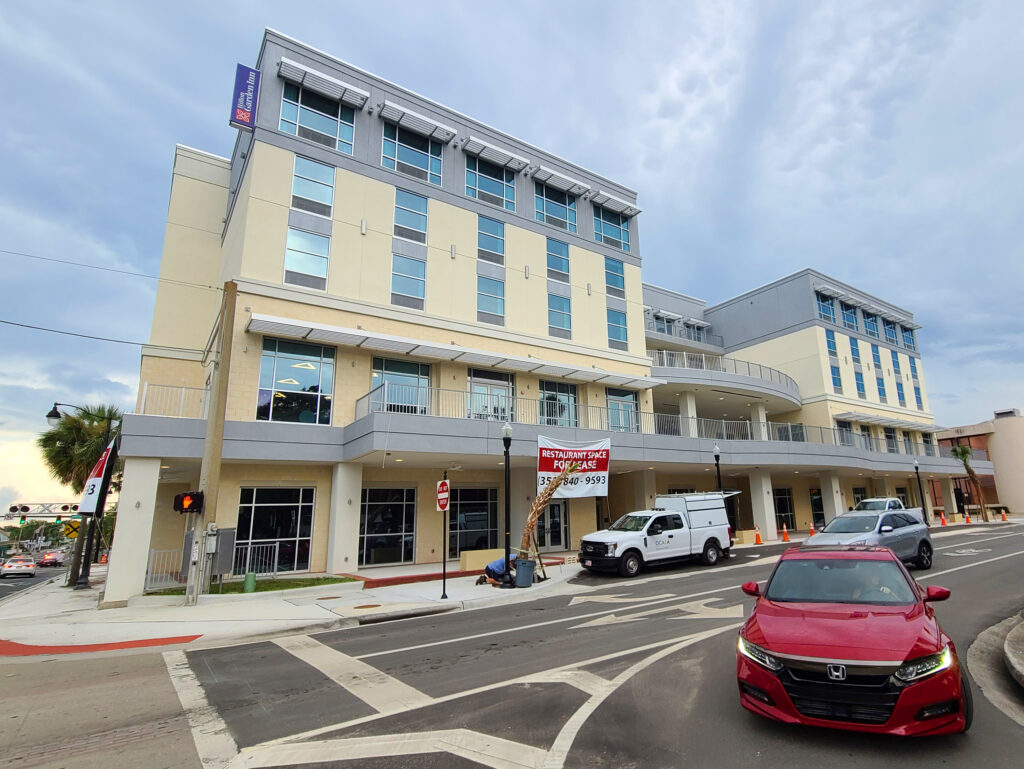 Growing up can hurt. And downtown Ocala has done a lot of growing recently.

Managing those growing pains hasn’t been easy, especially during a pandemic.

After years of trying, Ocala’s downtown nightlife is steadily improving.

Bank Street Patio and Bar and The Black Sheep on Broadway each opened its doors late in 2019. In 2020, the Loft, Tipsy Skipper and the Terrace on the Square also joined downtown Ocala’s nightlife scene.

While some spots closed their doors during the pandemic, business seems to be blossoming once again. However, it’s coming with a price.

Paula King, who owns AGAPANTHUS, a gift shop located downtown, says that she and other business owners are starting to see some of the consequences of a more vibrant downtown.

“I don’t want to come off as negative, believe me,” King said. “But our issue is with the litter. There’s just more of it. On a Sunday, Monday morning, you just see a lot of it.”

King says she is often greeted in the mornings by plastic cups and, occasionally, broken glass.

Cammie McLeod, who is the head buyer and designer at Gause & Sons Jewelers, echoed many of King’s concerns.

“As far as the dumpster and garbage, it’s been an issue for some time,” McLeod said. “It’s definitely a problem I’ve tried to address in the past.”

“In regards to the sanitation collection, the City of Ocala Public Works department actively monitors this type of situation and adjusts service levels as needed,” Dobbs wrote in an email.

At a minimum, all solid waste must be collected one time per week, Dobbs explained. The division also reserves the right to adjust collection schedules to ensure that waste won’t accumulate outside of dumpsters or other sanitation containers.

Still, King and McLeod hope the city works out the kinks in the trash service.

While the litter issues may be a growing pain, Danny Gaekwad, owner of the Hilton Garden Inn Downtown Ocala, believes that the area still has a lot of room to grow.

In November, Gaekwad’s hotel opened the doors to the Terrace on the Square, a second-story pavilion  featuring a bar, nightly music and a large projection screen.

Gaekwad, long a champion of downtown’s growth, wants to make downtown a place people will want to visit all week long, not just on Friday and Saturday nights. To accomplish that, Gaekwad started playing music on the Terrace every night.

“It was really simple, what I did,” Gaekwad explained. “Most places downtown just play music on Friday and Saturday. I want to play music all seven days.

“So, if you are downtown and you hear that music, if you feel like coming up (to the Terrace), you’re welcome to come up. Or you can just be out enjoying a cup of coffee and still hear the music … still see the big screen.”

Three of the Terrace’s seven Google reviews as of Dec. 29 weren’t pleased with the volume and music selection.

“It’s like anything else, some might like it, some might not like it … But at least there’s a melodious music, you know, different kinds of music and people love the beat. My attempt is to keep music seven days a week on the Terrace, which reflects on the square.”

So, for the time being, the music plays on.