Do you remember May Craft? 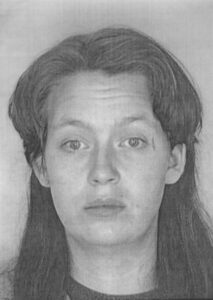 The body of 21-year-old May Craft was found in the early morning hours of July 5, 2003, dumped on the side of a road in Anthony. About 6:40 a.m., a passing motorist in the 5300 block of NE 97th Street Road (also known as Burbank Road), noticed the body on the road’s shoulder and called the Marion County Sheriff’s Office.

An MCSO investigator arrived at the scene at 6:55 a.m. and saw the body, partially covered with a white bed sheet. After contacting EMS and upon pulling the blood-stained sheet back, the first responders observed a white female with brown hair. She was pronounced deceased at the scene. Later, she was positively identified as May Craft, 5 feet tall, weighing 140 pounds.

A news media report published after the body was found stated the MCSO listed the cause of death as asphyxiation caused by strangulation, and that Craft had been beaten severely about her face.

May Craft had stayed at the Shangri La Motel on S. Pine Avenue, Ocala, for less than the preceding 48 hours, news reports said at the time. She was last seen there about 8 p.m. July 4 near her room. A description of the man she was seen leaving the motel with has not turned up any leads. This person is still being sought for questioning. However, authorities said it remains unclear whether she met someone else later that night.

The old newspaper account listed her father’s address in Ossineke, Michigan. No other personal information was forthcoming, although the news story said Craft was formerly of Hillsborough County. The article identified Craft as a “South Pine prostitute,” which also stated that status did not change the MCSO investigation priority.

Since this crime occurred 19 years ago and has no known suspect, it is classified by law enforcement as a “cold case.” However, MCSO still considers this case “pending, and active.”  It has not been forgotten.

The earlier news report noted more than 1,300 investigative staff hours had been spent at that time, involving dozens of interviews and searching for clues to the killer of May Craft.

The MCSO Cold Case Unit investigators continue to work on the case, dedicating many hours to the search for justice. It is their hope that someone seeing this retelling might remember something, however seemingly insignificant, and be willing to report it to the MCSO. It might just be the missing piece of the puzzle of May Craft’s murder.

If your tip to Crime Stoppers leads to an arrest, you may be eligible for a cash reward.