We need to normalize dissent to preserve what we love the most about our community. 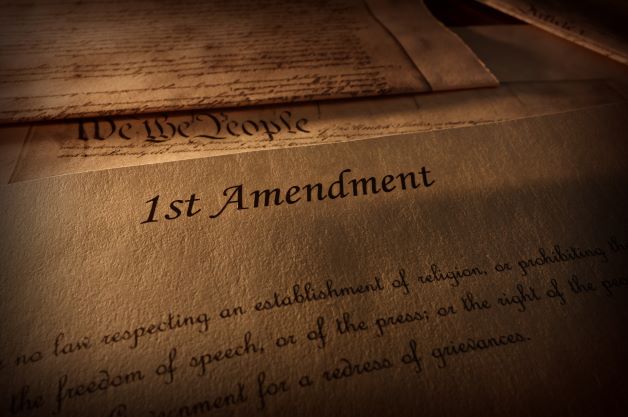 Renowned journalist Edward R. Murrow once said, “We must not confuse dissent with disloyalty. When the loyal opposition dies, I think the soul of America dies with it.”

A free press is essential to a free country. It is no accident that this freedom is enshrined in the Constitution in the First Amendment. The founders knew the vital role of a public watchdog in holding leaders accountable.

With this in mind, let’s discuss dissent as it applies to the content on our pages and online. Opinion pieces or news stories that call Marion County’s leaders to account should not be seen as the Gazette being disloyal to any organization or person, elected or otherwise. Rather, we’re exercising the right, and role, that the First Amendment envisioned.

The Gazette obviously hopes our leaders and community organizations are successful in making Marion County a better place for all of us to live. We recognize the role a newspaper can have in supporting these efforts without becoming merely an uncritical civic cheerleader.

Watching Marion County from our vantage point, we see many people contributing to both its successes and failures. Sometimes, those people are one and the same. No person or organization can be perfect, of course, but when vital matters like transparency, public trust and the well-being of those who do not “have a seat at the table” are threatened, we are obliged to speak up.

It is not because we wish to attack any person or group or to be unfair. There’s nothing to be gained by that. But we hope that if we raise our voices when dissent is called for, the public will feel brave enough to speak up as well. After all, our community is best served by an informed and engaged public.

It’s not an easy path. Few people like to be confronted, especially people in positions of power who are not used to their actions being questioned. But it comes with the job.

During this last election cycle, for example, Marion County Commissioner Carl Zalak was so offended by Gazette reporting about the race that he posted on a public social media forum that it was a “good idea” for people to contact this newspaper’s advertisers and tell them to stop doing business with us.

Fortunately, no one heeded this juvenile encouragement to kill the messenger.

Conflicts of interest, strong-arming decisions, character assassination and retaliation are nothing new. But when we stay silent or, worse, become complicit, we all share in the sin.

There are more opportunities on the horizon for this newspaper, and the community, to observe how our leaders conduct themselves while doing the public’s business.

For instance, salary negotiations will soon resume between the county and the Marion County Professional Firefighters Union who represents firefighters, paramedics and EMT’s. Will the union face retaliation for expressing dissent about Zalak by endorsing his opponent in the last election?

We recently saw, and applauded, our community’s exceptional generosity and kindness in response to Give4Marion campaign that raised $771,075 in 33 hours for local nonprofits.

However, these groups, which provide vital services to our community, are not immune to political retaliation. If a board member has a different political viewpoint than the prevailing one among other county leaders, or if the organization feels it needs to dissent with officials to deliver on their mission, it can be fraught. As you can imagine, calling out those bad-faith actors is not a luxury they have.

We all should be asking ourselves what we can do to better our community, the ability to dissent when necessary must be part of the equation. It is through this loyal opposition that we will grow collectively to be Marion County’s best version.