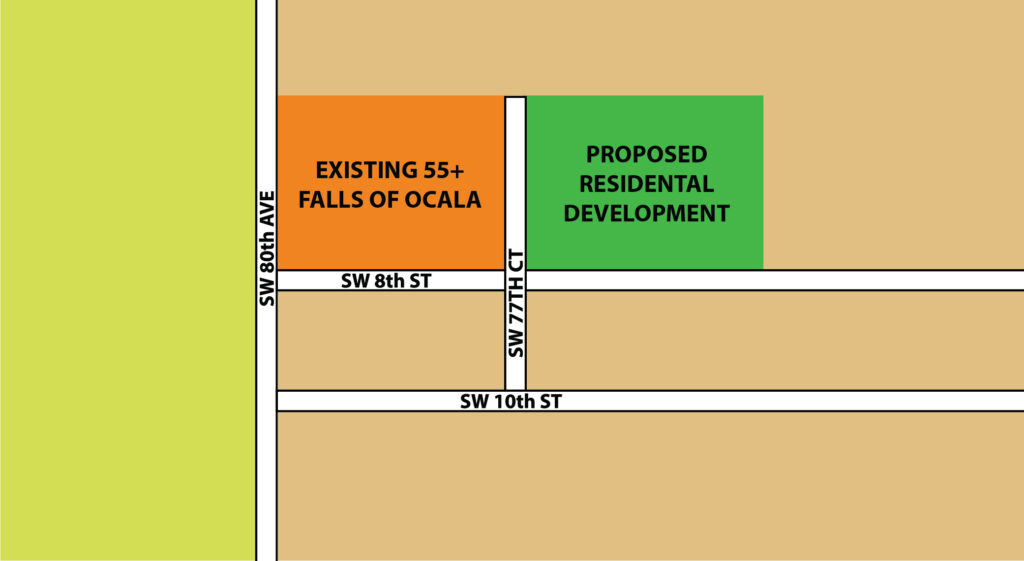 The Marion County Commission approved a plan for a new development after neighbors and the proposed developer came to an agreement to make the new neighborhood a 55-plus community.

On Tuesday, commissioners voted 5-0 in favor of the plan to build 87 homes on 27.89 acres near the 800 block of Southwest 77th Court next to the existing Falls of Ocala neighborhood.

The community was originally approved for two phases. The first was built out as a 55-plus community, but the second phase was never developed. The property is currently owned by CMH Parks Incorporated and Clayton Properties Group, which developed the initial phase.

When the plan was first presented by representatives of Highland Homes, the proposed developer of the new community, they wanted to move forward without the 55-plus restriction.

That plan did not sit well with the current residents who came out to the Marion County Planning & Zoning Commission on June 28 to object to the plan.

The commission split 3-3 on the issue during that meeting.

Milton Andrade of Highland said they met with the residents after that meeting and held a separate meeting with at least 70 residents a few days later.

“We had a meeting (with the residents). We heard what they had to say,” said Isabelle Albert, a developers representative, at Tuesday’s commission meeting9/.

Eventually, the developer agreed to make the new phase a 55-plus community and update and enhance the current amenities in the first phase. 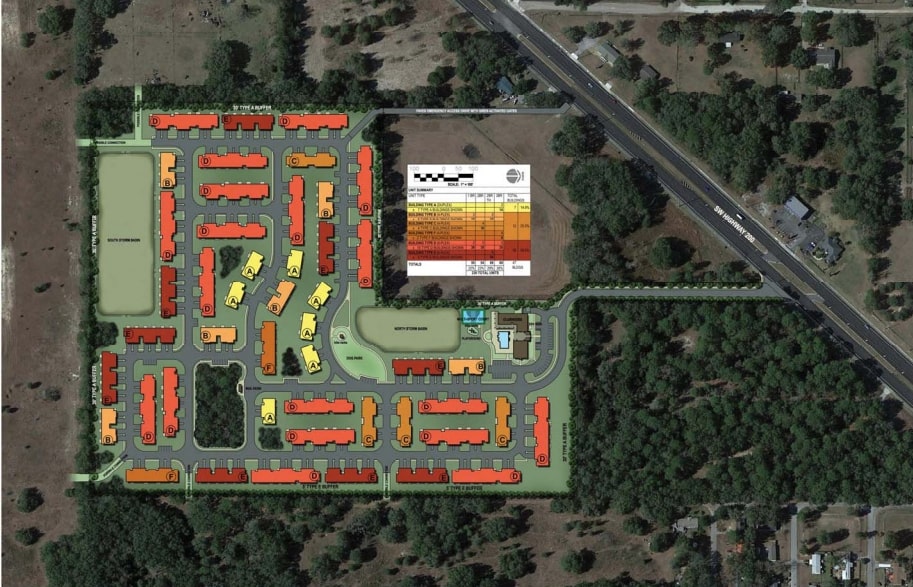 The commission voted to approve plans for the West Shire Village development.

The application for the community came from Starke Enterprises, which is proposing a 230 multi-family development on a 41.6-acre patch of land located near Southwest State Road 200 and 95th Street Road.

The development, which would be known as West Shire Village, would consist of townhouses, duplexes and triplexes with a majority being rental properties.

The development got initial approval to build up to 100 units until it develops a second entrance. Currently, there is a plan for one access point off State Road 200. The second entrance would be located off Southwest 95th Street Road.

Once complete the community will include a clubhouse, pool, dog park, playground and putting green.

The commission also voted to approve a plan to build a nearly 3,000-seat soccer stadium and additional facilities on a portion of an 88-acre property in Oxford.

The property is home to the Villages Soccer Club located on U.S. Highway 301 near the Marion County line.

Right now, the team uses about 30 acres, which includes three fields, a covered training facility and a main house used for team meetings and other team functions.

The expansion plans cover an additional 58 acres and would add two fields, the stadium, a restroom and concession area, internal roadways and additional parking and lighting.

The Villages SC is a semi-professional soccer team that plays in USL League Two. The league currently has 83 teams split among several regional conferences. The Villages SC plays in the Southern Conference as part of the six-team Southeast Division.

The owners have plans to eventually build dormitories on the property and establish a soccer academy and school.