Cummings files paperwork to run for reelection on school board 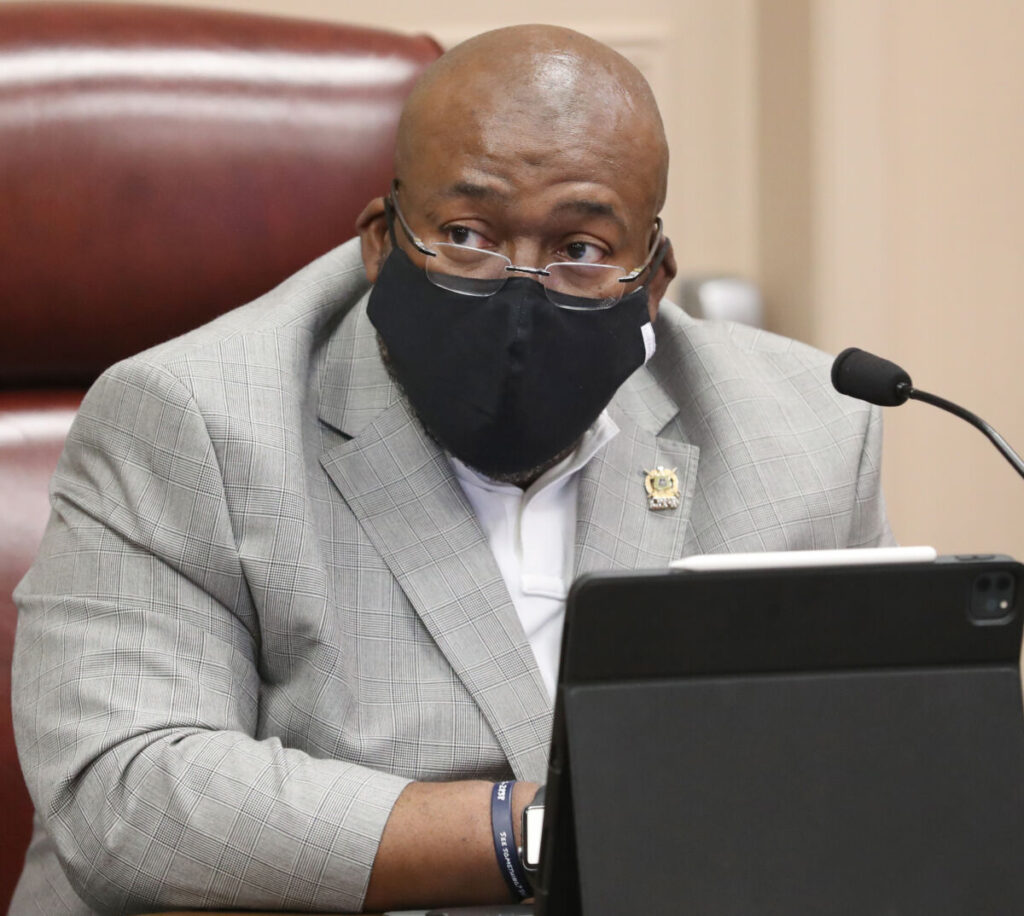 School Board member Dr. Eric Cummings listens during the Marion County School Board meeting in Ocala, Fla. on Tuesday, May 25, 2021. [Bruce Ackerman/Ocala Gazette] 2021.

Marion County School Board Chair, the Rev. Eric Cummings has filed paperwork to run for re-election for the District 3 seat.

Cummings said the decision came after a lot of prayers, reflection, and conversations with his family.

He said it also came because he would like to continue to move the needle on getting Marion County Public School (MCPS) students “educated and ensuring they have equitable opportunities.”

During his time on the board, he said he has seen the needle moving on bringing respect and courteousness back, something he credits to the entire MCPS staff.

“It was a group effort,” said Cummings.  “We have gotten rid of the antagonism and the different things that were going wrong as far as attitudes. Those things have worked themselves out and we’ve been moving forward as a good board, we’ve been making some differences.”

COVID has been an issue for more than half of his time on the board, he said, and while it showed where there were weaknesses in the system, it also provided the chance for lasting changes to be made in the area of hybrid learning models.

“We learned some shortcomings that we had as a district because it exposed some things, and it allowed us to think outside the box and be creative on how we can educate in case something like this did happen again,” said Cummings

“As far as technology, I think we put some great systems in that that are going to help us in the long run,” he said.

Should he be reelected, his goals for the next four years, Cummings said, are simple – to put students and employees in a position to succeed.

“I want to make sure that the superintendent and our staff have the necessary resources to properly educate our kids and to move them academically upwards,” he said.  “And to implement policies and procedures that are equitable for everyone.”

He recognizes the unprecedented growth the county is experiencing and believes a solid MCPS is necessary and integral to any progress.

“Businesses want to come to where there is a good, strong educational system. So, when businesses look to move to Marion County, they’ll say, ‘Hey, they have some of the best schools in the state here,” said Cummings.

“And that’s the role I want to play, to help make sure that when I leave the board that it can be said that Marion County is a great place to bring your business because they have top-notch schools,” he said.

If proposed legislation in Tallahassee limiting school board members to two terms passes, his next term would be his last.

Cummings said he understands not wanting to have someone entrenched for decades, but he also believes the constant turnover would not be productive.

I think in local politics when you find someone that’s good that’s in a position and they’re doing the right thing, you shouldn’t just move them to the side; I just personally don’t think we need to be legislating it.”  he said.

“Leave that in the voters’ hands, the voters know who they want to represent them,” said Cummings.  “When we talk about choices and freedoms and giving the rights to parents, let the voters decide what they want.”

Cummings is the first candidate to file for the Marion County School Board District 3 seat.  The general election will take place Nov. 8.