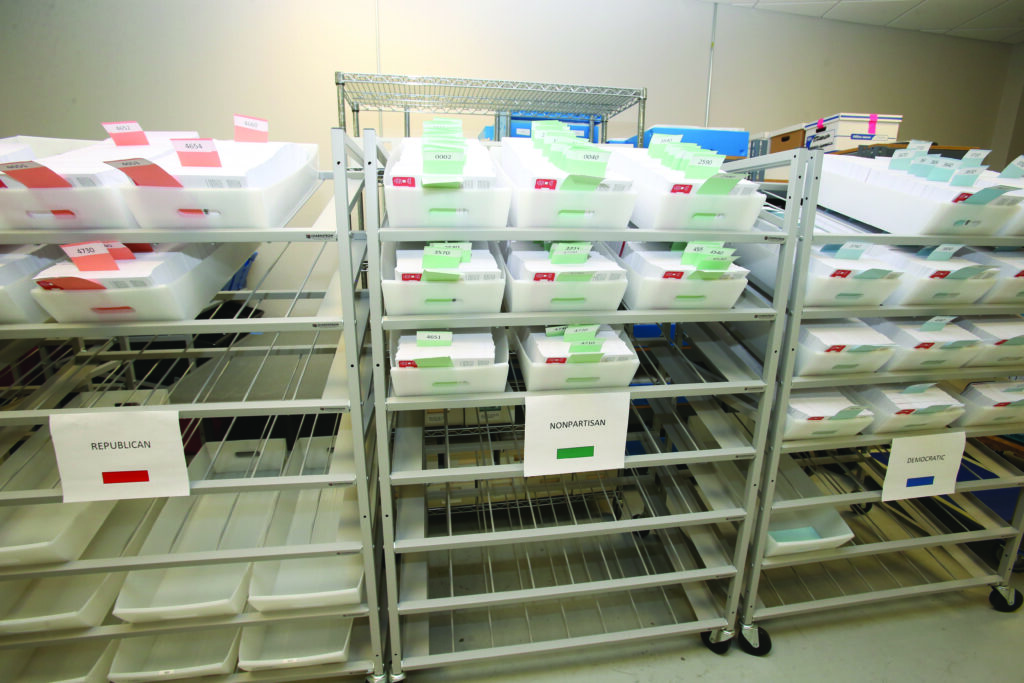 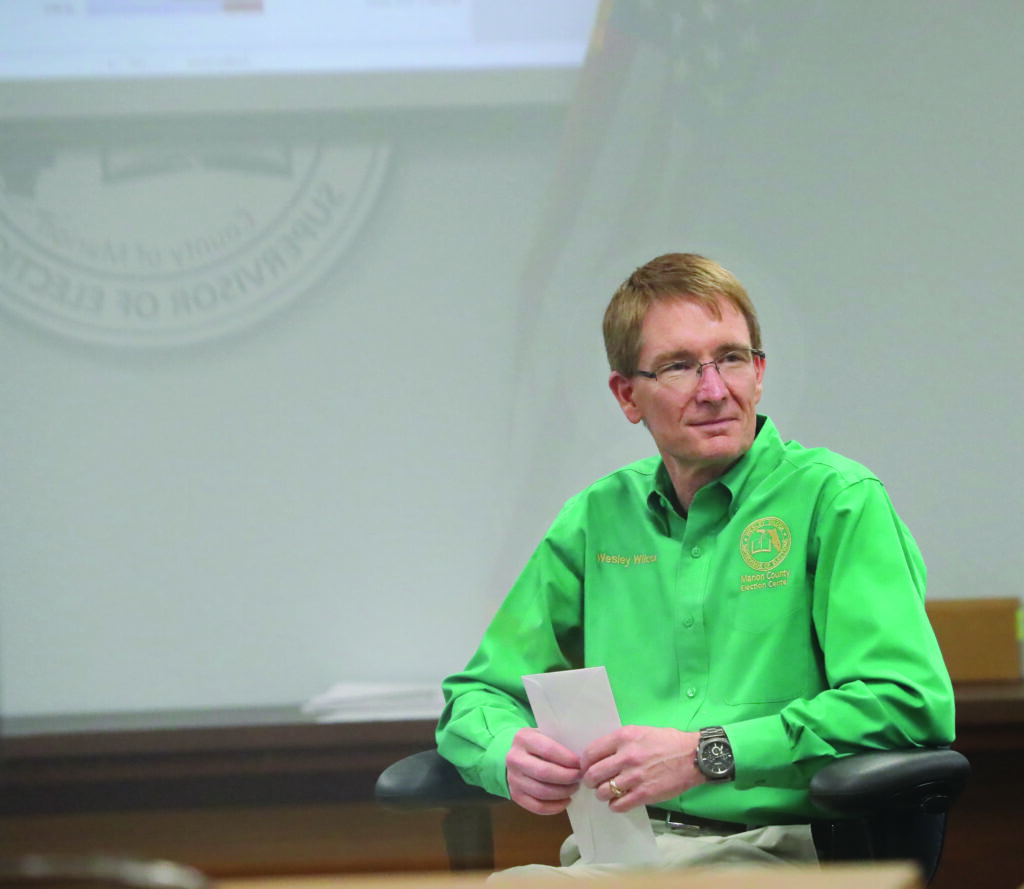 A record number of Marion County voters have indicated a preference for voting by mail.

Two weeks ago, as his office worked to comply with a state law mandating that they be issued 33 to 40 days ahead of the election, Elections Supervisor Wesley Wilcox announced that 79,860 voters had requested mail-in ballots.

That was a new record, Wilcox said. And the number keeps climbing.

Over the past two weeks, another 6,432 voters have requested mail-in ballots, bringing the total to 86,292, Wilcox told the Gazette this week. And he expects the tally to top more than 88,000 by Oct. 24, the deadline to request such a ballot.

For comparison, the previous record for a general election was 54,518, just two years ago.

Meanwhile, a sizeable portion of those voters have already cast ballots.

Wilcox noted that 29 percent had already returned their mail-in ballots, most through the mail but many by dropping them off at his office.

Wilcox attributed the heightened level of interest in mail-in ballots to the confluence of a few factors.

For one thing, the Democratic Party is pushing hard to encourage its members and voters in general to vote by mail.

Simultaneously, the Republican Party, which has long championed voting by mail, is urging voters to physically go to the polls. That, in turn, is driving Democrats to advocate even more for mail-in balloting, Wilcox said.

Meanwhile, he added, President Donald Trump and the GOP have said mail-in voting specifically in Florida, the president’s new home state, is reliable, which is leading many Republicans to vote by mail.

At the same time, though, many of the mounting requests seem to be driven by continuing uncertainty about COVID-19 and being around other people, said Wilcox.

While this surge among Marion County voters is unprecedented, Wilcox noted that Marion County lags other Florida counties in voting by mail.

In recent elections, Marion voters have shown an equal preference for voting methods, said Wilcox. That means about one-third each have opted for mail-in voting, voting early and going to the polls on Election Day.

Given the current requests, and based on historic trends that Wilcox cited for turnout and returned mail-in ballots, it’s likely at least 45 percent of Marion County’s overall turnout may come through voting by mail.

That would be a big leap for the community, he noted, but many other counties have been voting by mail at that rate or higher for years.

Mail-in – or absentee, as they were once known – ballots are generally considered safe and reliable.

“I vote by mail,” Wilcox says.

He added that voters who may want to vote by mail and are concerned about their security may sign up on his website to track the status of their ballots. He said he did so for his own ballot, which ran its compete circuit from his office to his home and back again in four days.

Wilcox pointed out that voters can also sign up for the USPS’s “informed delivery” service and be notified each day about what mail they can expect.

“I give the Postal Service kudos,” said Wilcox. “They’re doing a top-notch job.”

Any voter who would like a mail-in ballot can request one by visiting www.VoteMarion.Gov, sending an email to VoteByMail@VoteMarion.Gov, or calling (352) 620-3290.

Wilcox reminds voters to verify that their mailing address is current, as the USPS cannot forward mail-in ballots.

Voters also are reminded that they must sign the back of the return envelope to ensure the ballot is counted. The signature on the return envelope is verified against the signature on record at the county elections headquarters. Voters who feel it’s necessary can update their signature by submitting a new voter registration application, available at www.VoteMarion.Gov, or by visiting in person the elections office, any public library, or the tax collector’s office.

To count, mail-in ballots must be received by Wilcox’s office by 7 p.m. on Election Day. Voters are encouraged to mail their ballots early, at least a week prior to Election Day. Mail-in ballots also can be returned to a secure drop box at the elections headquarters, 981 N.E. 16th St. in Ocala, as well as at each early voting location during operating hours.