Ocala is ground zero for film about dangers of vaccines 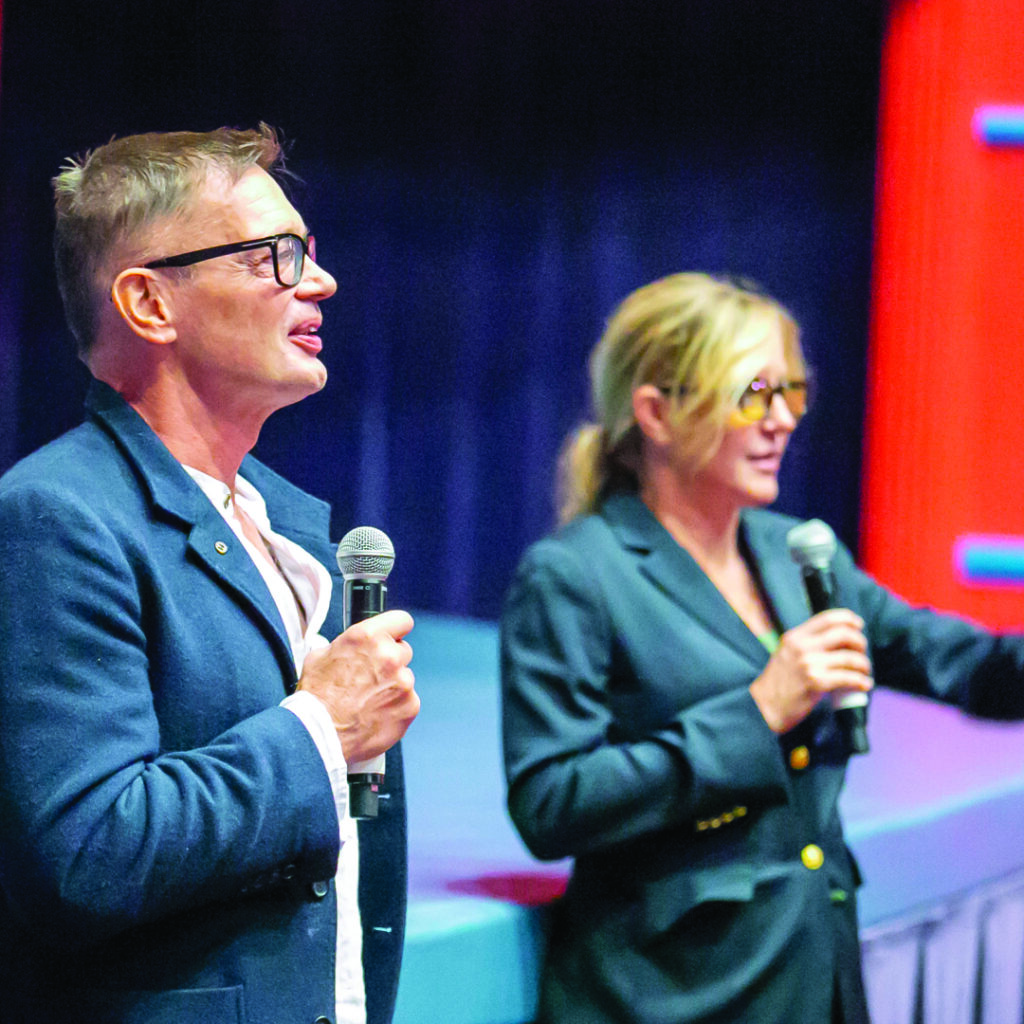 It’s a quiet, gray Sunday morning, and Andrew Wakefield steps off the elevator in the lobby of the Ocala Hilton, accepts a cup of coffee from the attendant at the front desk, then settles into a booth in the dim, empty lounge off the lobby to talk about his journey from respected physician to reviled pariah to fledgling filmmaker.

The Hilton is quiet. A guest occasionally wheels a suitcase past the lounge, taking no notice whatsoever of the tall, soft-spoken British man with the black-rimmed glasses sitting nearby. And why should they? Andrew Wakefield isn’t a household name. He’s not a pop culture icon.

And yet Wakefield has achieved wide celebrity – notoriety, many would say – for his countercultural views that are driving a nationwide wave of skepticism about the safety of vaccines.

Wakefield is widely considered the father of the anti-vaxxer movement and is its most ardent activist.

Back in 1998, he published a study in the prestigious medical periodical, The Lancet, proposing a link between the MMR (measles, mumps, rubella) vaccine and developmental disorders in children. The study, which was based on anecdotal evidence involving a small sample of 12 children, drew some press attention in England but little attention from the medical community at the time. 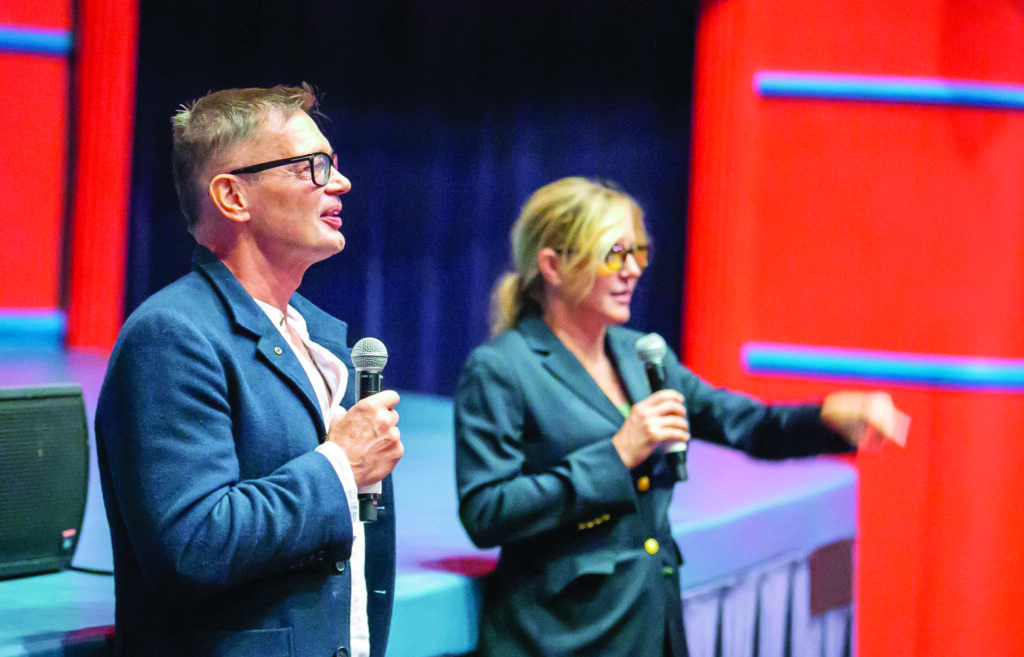 But as Wakefield continued to push the notion of a link between common vaccines and childhood autism, in particular, a number of medical researchers launched their own investigations and roundly refuted Wakefield’s claims.

Many in the medical community concluded that his theories were not only horribly erroneous but dangerous because they gave rise to a widespread distrust of vaccines credited with effectively eradicating many deadly diseases.

It got worse for Wakefield. In 2010, the British General Medical Council (GMC) conducted an inquiry and concluded that Wakefield had falsified data. The editors of the Lancet subsequently retracted Wakefield’s article, and the British Medical Journal described his work as “an elaborate fraud.” Wakefield was eventually stripped of his medical license and hasn’t practiced medicine since.

He moved to Texas and continued to push his theories, which one prominent physician called one of the greatest medical hoaxes of the 20th century. To the dismay of public health experts, he is developing a following that includes some Hollywood celebrities.

Wakefield has doubled down on his claims and now is using a creative medium, rather than a scientific one, to share his views.

On this Sunday, the former gastroenterologist is in Ocala with his girlfriend, former supermodel Elle MacPherson, to promote his latest anti-vaccination film, “1986: The Act,” which explores the implications of the National Vaccine Childhood Injury Act, which gave pharmaceutical companies immunity from product liability but also created the National Vaccine Injury Compensation Program to compensate those who may have been injured by vaccines.

Wakefield claims that decision led to an explosion of new vaccines and, worse, a loosening of testing standards by an industry that no longer feared being sued for harm caused by their vaccines.

“The film is about what happens when you take products out of the constraints of the free market, the consequences, both intended and unintended,” he said.

The docu-drama, as Wakefield calls it, follows a couple expecting a child as they question the conventional wisdom of vaccinating their child after birth. 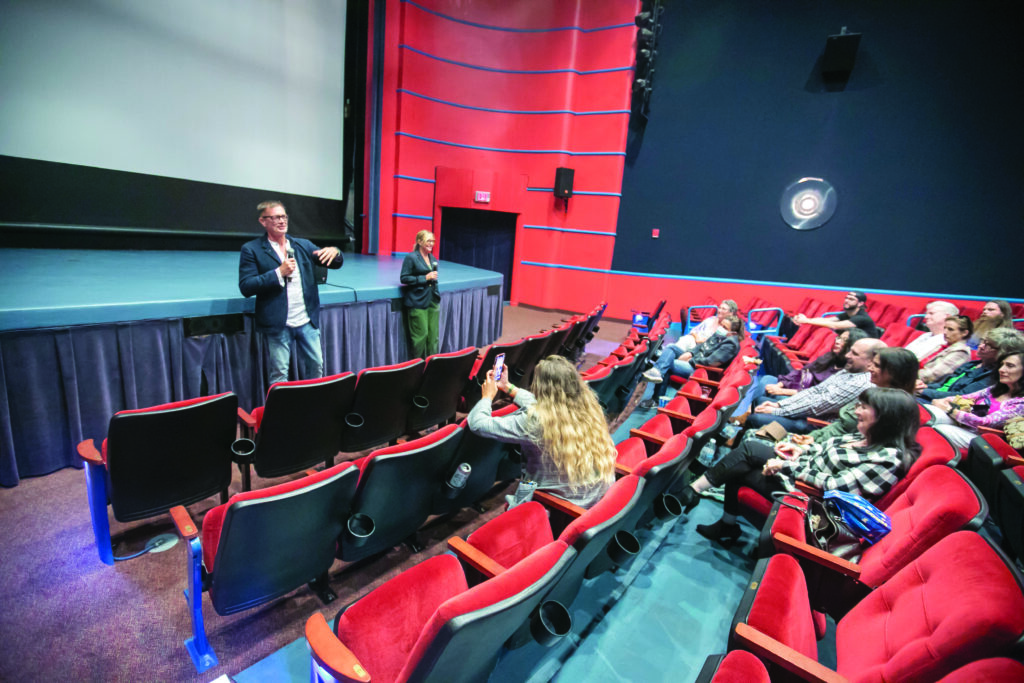 Produced by Ocala-based 7th Chakra Films, much of the film was shot here and utilizes local actors and backdrops. It doesn’t have a distributor, has a minimal marketing budget and isn’t being played in theaters before general audiences. Instead, Wakefield and 7th Chakra Films CEO Lori Martin Gregory are on a nationwide barnstorming tour, screening the film in places as varied as Nashville, Iowa, Lexington, and New Jersey. Several days before the Ocala screening at Marion Theater, the film drew about 650 fans in Green Bay, Wisc.. It has moved on to Jacksonville, Daytona and other Florida locations.

Lori Martin Gregory is a believer in Wakefield’s work and his cause.

“This is a story that needed to be told,” she said recently. “And I think that God, in His infinite wisdom, gave this story to Andy Wakefield because not only is he a man of great integrity, he is a surgeon.”

“When you have no liability for a product, you have no incentive to make it safe and you give the industry that manufactures it a get-out-of-jail-free card,” she said.

Both Wakefield and Martin Gregory are uncomfortable with the title anti-vaxxer, Martin Gregory moreso. It’s a slur, she said. She insists she is not anti-vaccine but instead in a staunch advocate for rigorous testing and trials, for transparency about possible harm and especially for giving parents a choice in whether their children are vaccinated.

Wakefield, meanwhile, says he supports vaccinations “philosophically” as a prophylactic against deadly diseases. At the same time, he doubts the efficacy and safety of almost all vaccines currently being administered and says he wouldn’t administer a single one to his child, if he had one.

This view, and Wakefield’s eagerness to share it publicly, has drawn the ire of public health experts, who blame him for a decrease in immunization rates nationally and a rise in cases of preventable diseases.

Wakefield happily accepts some credit for the drop in immunizations but denies it is responsible for the increase in diseases like measles. Rather, he says, the rate of disease is rising because the immunizations are losing their efficacy.

“I take comfort in the fact that more people are very much better informed than they were,” he said of his advocacy work. “Medical procedures should be about voluntary, informed consent, and it is upon the basis of that consent that they have a medical procedure for their child or not. That is the essence of ethical medicine and now many more people are informed than they were before. So that, as an educator, is my duty. That’s what I do.

Martin Gregory and Wakefield note the growing concern about the safety of COVID-19 vaccines currently in development and insist “1986: The Act” was in production long before coronavirus even reared its head.

“This has God’s fingerprints all over it,” Martin Gregory said of the timing. “This film has been in the works 3, 4 years. There’s no way we could have put this film together since March.”