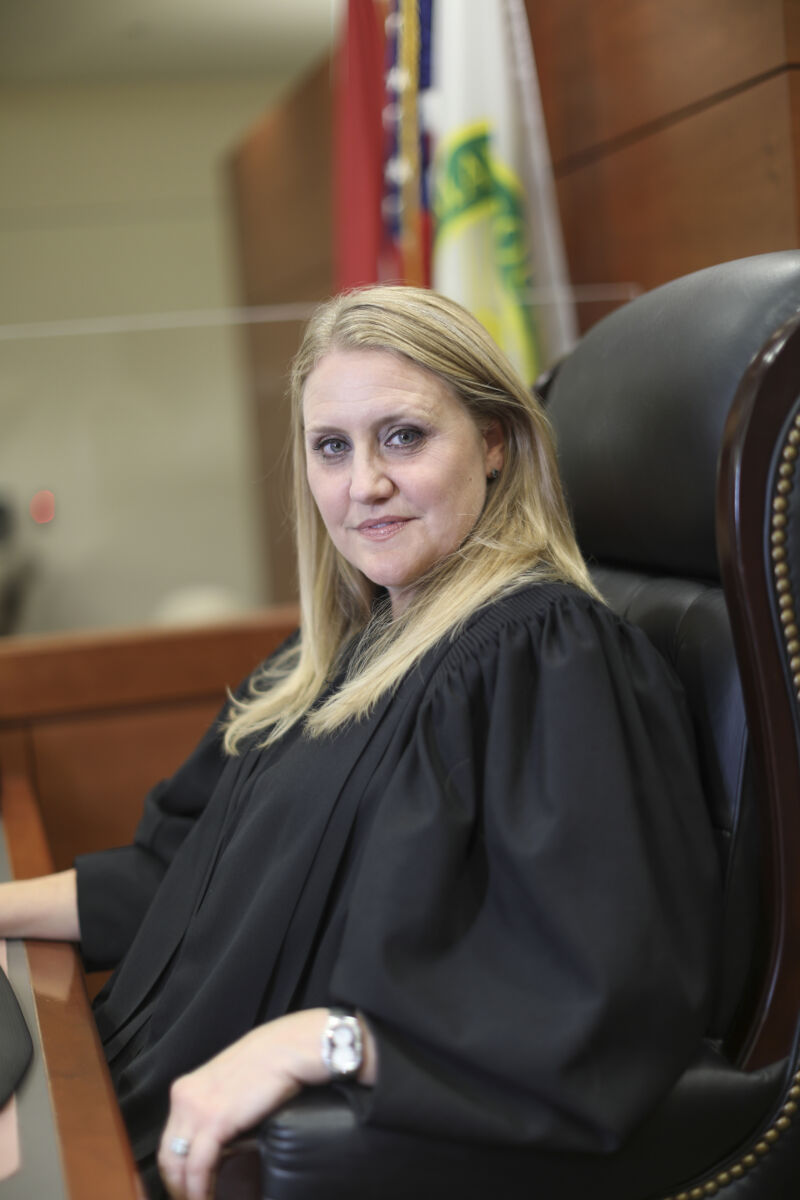 Back in November, it was announced that Lori Cotton had filed to run for the county court judge position she has held through appointment since May 2021.

A longtime prosecutor, Cotton was first appointed by Gov. Ron DeSantis to fill the judicial vacancy following the retirement of the Honorable Judge Sarah Ritterhoff.

Cotton was officially sworn-in on June 1, 2021. She had her investiture ceremony a few weeks ago; it had previously been delayed several times due to COVID-19.

Last week, Cotton told the “Gazette” that she’s more than ready to hold the seat in her first election later this year.

“It took me a little bit of time to figure out how I wanted to do things [as a judge], because I don’t do things exactly the same way my predecessor did,” explained Cotton on May 27. “I follow the law, of course, but I’ve definitely got a direction and a plan of my own now. I know exactly where I’m headed.”

And though her number one job is to take care of her caseload, Cotton admitted, she loves most helping those she can in DUI Court turn their lives around.

Last October, Cotton’s daughter, Riley, 21, was involved in a DUI accident while driving her mother’s car that resulted in injuries to the people in the other vehicle, as well as injuries to herself.

In a Facebook post on May 21, Cotton told the public that the local sheriff’s office called for the whereabouts of her daughter for the first time since the warrant was issued on March 2, 2022. According to Cotton’s public post, her daughter spent a month in the hospital recovering after the accident, before she then began seeking out an alcohol rehabilitation facility.

Cotton told the Marion County Sheriff’s Office that her daughter was at a rehab facility in southern Florida, which resulted in Riley being arrested a week ago by authorities in Broward County, where she currently remains in police custody, according to Cotton, who has not bonded her out or seen her since January when she initially entered the facility.

Witnessing her daughter’s struggles with alcohol have helped to provide Cotton with some deeply personal insights on the issue, she said, both as a mother and a human being, insights she then applies to the cases she presides over in her courtroom as a judge.

“If we can equip those in my DUI Court to be sober and live without putting people on the roads at risk, then we are doing a whole lot more to help the community than we would be by just putting them in jail alone,” said Cotton. “I really want to work on finding a better way.”

Cotton graduated from the University of Florida, Levin College of Law, in 2001. Previous to her appointment, Cotton had been an assistant state attorney for the 5th Judicial Circuit for 20 years, practicing criminal law. She also acted as legal advisor for the Marion County Unified Drug Enforcement Task Force, including approving warrants and assisting in wiretap investigations.

Over the last year since her appointment, Cotton said the job of county judge had surprised her in many ways—first among them was how much she has relished the work.

“I have been surprised at some of the things that I enjoy that I wouldn’t have necessarily thought that I would have enjoyed coming in,” she said. “For example, the management of the civil docket: it’s challenging, and it’s changing.”

The Florida Supreme Court has directed judges to handle their own dockets, said Cotton, which has changed recently over the past couple of years.

“They’re basically telling judges to drive the bus,” she said.

Being in the courtroom, presiding over cases as a judge, Cotton said, has given her a deep appreciation for the profoundness of her role in the Florida legal system, something she hadn’t experienced to this degree as a criminal lawyer.

“When you’re a judge, and the words are coming out of your mouth, speaking about Constitutional rights, it has a very heavy, profound feeling,” said Cotton.

“Honestly, I’m still thrilled, every day that I get to do this job. That feeling has not worn off after a year,” she added. “I’m just so excited that I’ve been entrusted with a job that I love doing and hope to continue doing further.”

William Harris, an assistant attorney with Marion County, joins Cotton in the race for the County Judge seat. He filed in March of this year, according to documents filed with the Marion County Supervisor of Elections office.