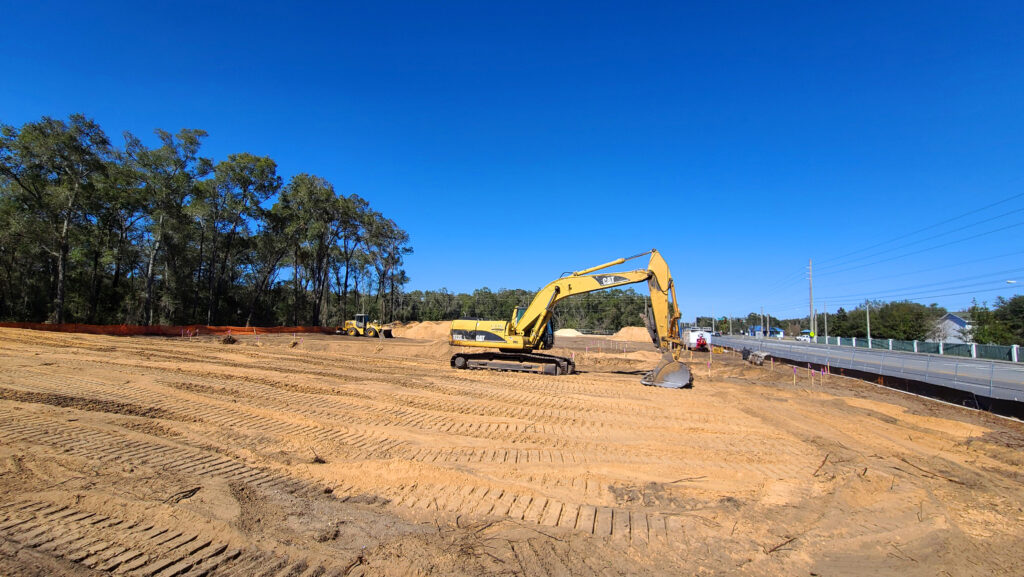 Construction of a new Speedway convenience store is underway at the corner of Southwest 27th Avenue and Southwest 10th Street.

The plan calls for a 4,608-square-foot retail store with associated gasoline pumps on the 5.47 acres site.

Formerly a heavily wooded lot located across the street from the Green Gables Apartments, the property sold for $450,000 in August to Speedway LLC of Findlay, Ohio.

It would be the first Speedway in Marion County. The closest locations are two in Leesburg.

Plans for a fourth 7-Eleven location in Ocala were filed with the city’s growth management department recently.

The fourth location is proposed near the intersection of Southwest 42nd Street and Southwest 27th Avenue on a 1.77-acre outparcel of the Grand Oaks Town Center.

The plan calls for a 4,724-square-foot store, six gas pumps and a 980-square-foot automatic car wash, according to the application filed with the city.

The plans are under review.

After decades without a 7-11, the Texas-based convenience store chain is entering Ocala with multiple stores.

The company’s first application for a store was for the corner of North Pine Avenue and Bonnie Heath Boulevard at the site of a current Shell station. The application calls for the demolition of the current station and the erection of a 4,600-square-foot building with multiple gas pumps.

The second location is planned for the corner of Northwest 27th Avenue and Northwest Blitchton Road, near the Rural King store, according to city records.

Those plans also include a 4,724-square-foot store with eight gas pumps and an automatic car wash.

On Dec. 15, the Ocala City Council approved a permit to allow the sale of beer and wine for off-premises consumption at the first location off North Pine Ave.

The third location is proposed for the southeast corner of Southeast 25thAvenue and Southeast 17th Street near the Woodland Villages neighborhood.

The Churchill Square Publix location is slated for redevelopment, according to an application filed with Ocala.

The plan calls for tearing down and redeveloping the supermarket and parking lot. The new structure would measure more than 48,000 square feet.

The original shopping center went up in 1993. Publix routinely redevelops its facilities. The surrounding businesses in those shopping centers typically remain open during construction.

Currently, the Publix at Pearl Britain Plaza is under redevelopment. The new structure is taking shape at 2647 NE 35th St. as part of a $10.9 million renovation of the plaza.

The plan for the Churchill Square redevelopment is under review by the city.