Controversial Saddlewood multifamily development up for reconsideration by city council

The matter returns to council to settle the issue with the developer who has filed a petition for relief from the city’s prior zoning denial. 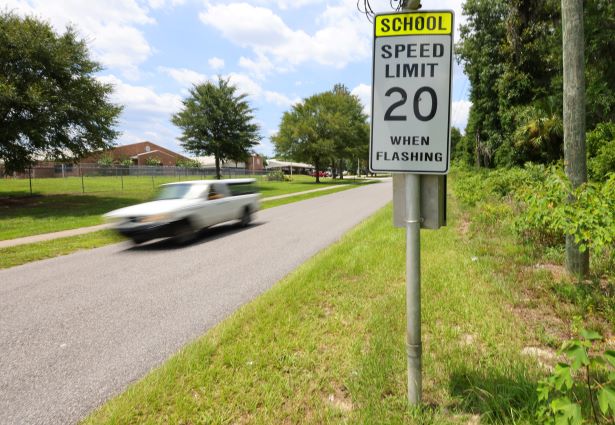 During Sept. 20 city council meeting, a second public hearing on a new development agreement for a Georgia company, Catalyst Development Partners II, LLC, to build a multifamily residential development consisting of a maximum of 288 units on fifteen acres on the east side of Southwest 43rd Court in the 3600 block, across from Saddlewood Elementary will be heard.

The last time the development was considered and denied by the council was on May 3, and it was standing room only in the chamber and waiting in the lobby. Residents had packed the auditorium on March 1, March 15, April 19 leading up to the May 3rd decision to voice frustration about overdevelopment in southwest Ocala.

The gist of their concerns surrounded two issues: poor traffic conditions that already exist in the neighborhood and overcapacity in the district’s area schools.

According to the city’s meeting agenda, the parcel was annexed into the city in 2005 pursuant to the owner’s request, but no city zoning was assigned the property.

Attorney for the applicant, Fred Roberts, argued to the council that the city had previously anticipated future land use for the property to be “Medium Intensity/Special District,” which would allow for a minimum of five units per acre and a maximum of 30 units per acre and the developer had come well under that maximum.

In hopes of ending the dispute, the city staff and councilman Barry Mansfield presented to the council a draft development agreement that had been negotiated and would allow the development to move forward during the first public hearing held on Sept. 6.

The modified development agreement reduced units from 320 to 288.

The other thing that had changed since the May 3 denial was that the city had received funding to widen main artery that runs between the school and proposed development from to lanes to four.

Since the current two-lane road suffers congestion when school is in session in particular, city staff and council was labored to figure out the best schedule to add the additional lanes and route the developers’ construction traffic.

The city engineer, Sean Lanier, told the council that the city could build the road in six months well before the development started construction in approximately a year. A time estimate that councilman Jay Musleh voiced doubt of achieving.

There was only one person from the public, Digvijay “Danny” Gaekwad who expressed concern about how the construction traffic would impact adjacent landowners who were already dealing with the congestion. Gaekwad indicated that it was only the school traffic that was causing the congestion, but also Sam’s shoppers. He argued that even that when school was not in session on Saturday, Sam’s shoppers caused congestion to the area.

Gaekwad’s property shared an easement that the developer intended to access for some of the construction traffic. However, the easement access was in an awkward position in the curve of the road not making it ideal for traffic safety.

As for overcrowded schools, there was no mention of any long range plan for addressing school capacity by the council in their zoning consideration or developer agreement.

When the development was denied in May, Saddlewood had 945 enrolled students, according to Florida Department of Education (FDOE) data with 138 more students than FISH capacity or 124.91% over capacity.

This year, Liberty Middle has 1,358 enrolled, 53 more students than projected this year by the district.

The high school that will service this additional development, West Port is well over recommended FISH capacity with 2,931 enrolled, up 177 students from when council was last informed that the school was over capacity.

Marion County Public School projects this development will house “27 elementary, 11 middle and 12 high school” students. The school district estimates are based on 2006 Educational System Impact Fee Study multifamily student generation rates. The district is working towards a new study that should be completed “mid-2023.”

At the May 3 city council meeting, Tye Chighizola, director of Growth Management for the City of Ocala, showed a map to the council illustrating 16 projects in the corridor that Saddlewood Elementary is positioned within, equaling a possible 8,600 units, many of which multifamily or mixed-use. 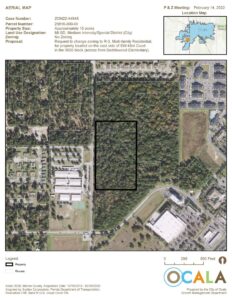