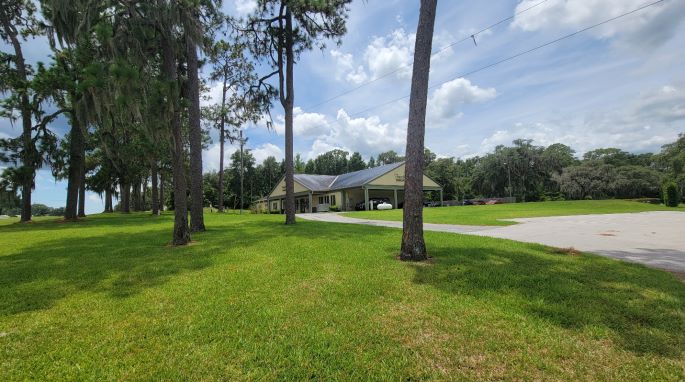 Residents of an Ocala neighborhood who are staunchly opposed to a nearby funeral home’s plan to build a crematory on its premises will have to wait a few more months for a decision by Marion County commissioners.

Ocala Memorial Gardens Inc first asked the county’s Planning & Zoning Commission for permission to erect a crematory on a 20.41-acre lot of open land at Forest Lawn Funeral Home & Memory Gardens, 5740 S Pine Ave., in July. At the applicant’s request, the planning commission pushed a vote on the request for a Special Use Permit back until Aug. 29. The request was delayed again, until Sept. 26. At that meeting, the planning commission recommended that the Board of County Commissioners deny the request.

On Tuesday, before the commission could vote on the request, the applicant once again requested a delay, stating that it was the first time the request was made at the BOCC level, but still drawing a rebuke from a commissioner.

“This would be the second time we’ve continued (the issue),” said Commissioner Kathy Bryant. “I’ve got a lot of citizens out there that probably want to put this to bed.’

The board ultimately agreed to revisit the request at its Dec. 6 meeting.

Before that decision, several residents of the nearby neighborhood reiterated to the commissioners their concerns about potentially harmful effects the crematory would have on their homes. The crematory could potentially be harmful to both the environment and the property values of the surrounding homes.

“All of the residents have made substantial economic investments in our properties,” said Edward Plaster. “We do not want to see it destroyed by an industrial process coming into our neighborhood.”

“We live just behind this property, and I’m not on board with having a crematorium in my backyard,” she said.

The parcel where the crematory would be built is zoned as a Single-Family Dwelling, which allows for a crematorium as a Special Use, listed in Section 4.2.9.C of the Land Development Code. If the Special Use is granted, the owner will not have to request the land be rezoned as a Regional Business, despite being in a residential area. On Tuesday, a representative of Ocala Memorial Gardens told the board a key member of their team had recently undergone surgery and was unavailable to address the concerns raised by the constituents.

“We’re trying to make sure that when we come back before the board, we have confident, substantial evidence before the board to make one decision or another,” said the representative. “Whether it’s in our favor or the constituents’ favor, we want proper scientific evidence.”

Attorney Jimmy Gooding, representing another opponent of the crematory proposal, said he told several people to not waste their time at the Tuesday meeting because the commissioners have historically granted continuance requests, and he did not think that this meeting would be the exception.

Gooding said to expect a room full of people at the next meeting.