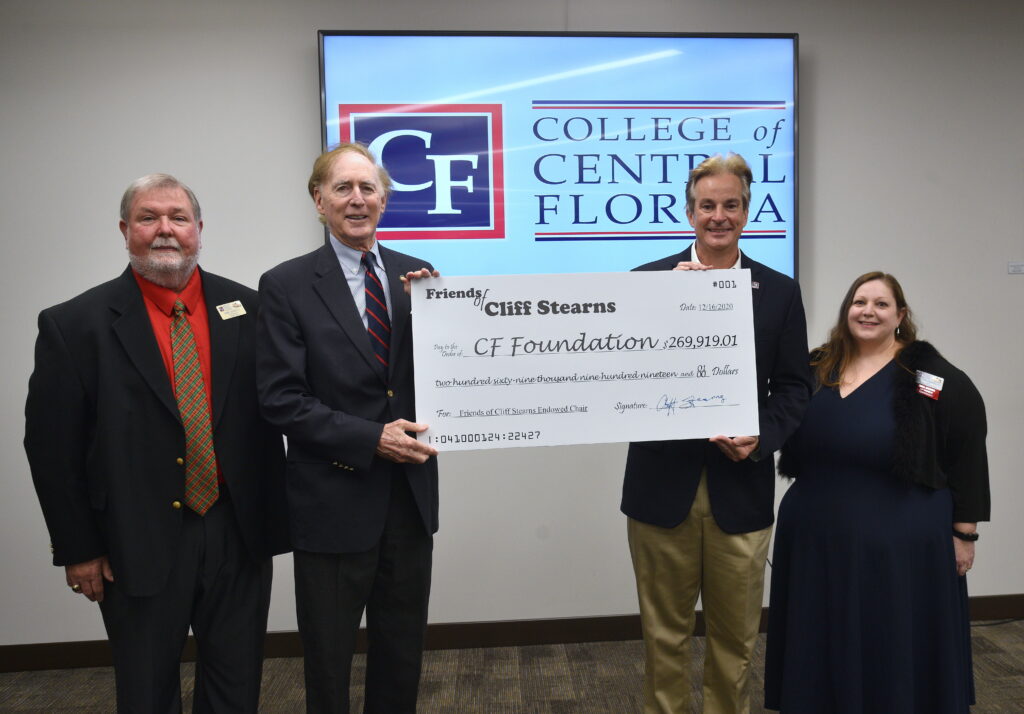 The money will be used to create the Friends of Cliff Stearns Endowed Chair, which will be an annual speaker series event at the college. The event would be open to everyone and feature speakers from across the country on a wide variety of topics.

“Research shows that students engaged with faculty, staff and peers who attend college events and presentations by guest speakers are more likely to be successful in their academic endeavors,” said Dr. Mark Paugh, vice president for Academic Affairs. “This new endowment will contribute significantly to CF’s student engagement plan.”

Stearns represented Florida’s sixth congressional district, which used to include parts of Marion County before it was redistricted in 2013. He was in office from 1998 to 2012 and still has a residence in Ocala.

Since leaving office, Stearns has worked as APCO Worldwide’s executive director and serves on their International Advisory Council. His wife, Joan, was the college’s vice president of institutional advancement before retiring in 2013.

“I can’t say enough about the Honorable Cliff Stearns” said Dr. Jim Henningsen, college president. “Both he and his wife, Joan, have been huge supporters of the college. We are grateful for their generous gift, which will advance the learning environment for students at CF.”