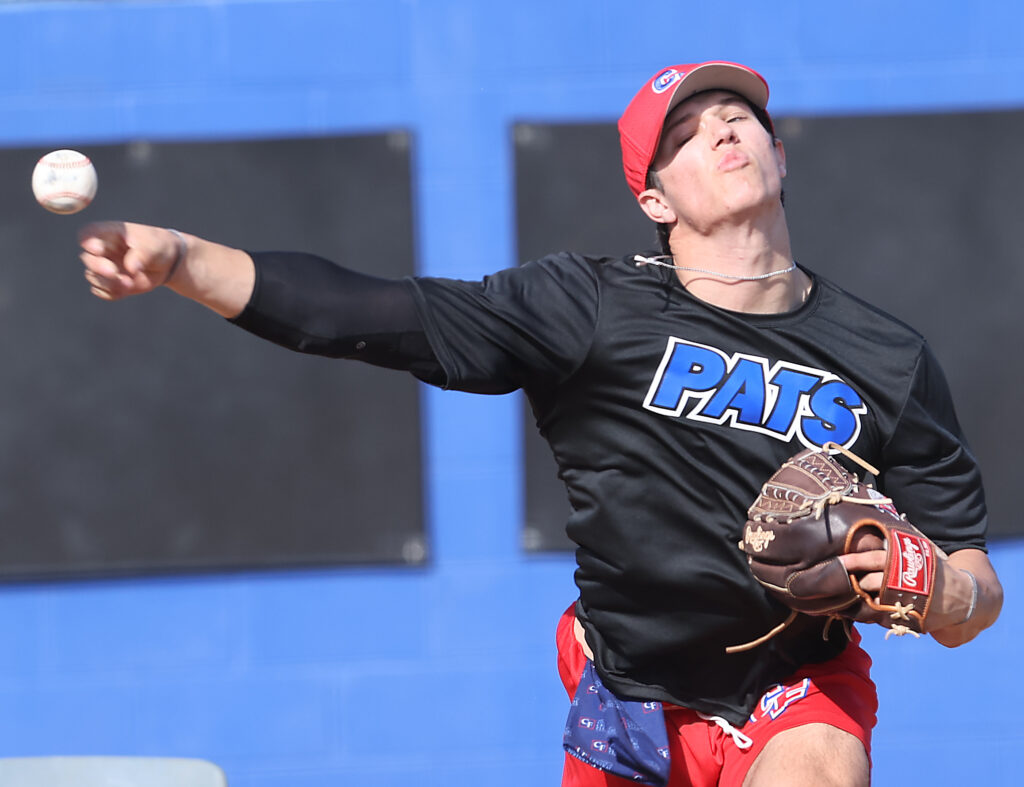 Whatever it is, Central Florida baseball coach Marty Smith has high hopes for his squad this year ahead of Opening Day on Jan. 22 at the Marissa Gusto Memorial Tournament in Fort Myers, Florida.

The Patriots were 21-7 overall last season and second in their conference with a 4-2 record against conference opponents before the season was canceled due to the COVID-19 pandemic. They’ll be making up for lost time, as they have seven games in nine days to start the season.

The team’s pitching staff is what excites Smith the most ahead of the start of the season. There’s true freshman Shawn Guilliams, a right-handed pitcher who transferred in from the University of North Florida. Guilliams, who graduated from The Villages Charter High School, had a brief stint at UNF before transferring to Central Florida. He’s also committed to the Florida Gators’ 2021 recruiting class.

There’s also the pair of University of Houston commits in Kyle LaCalameto and Logan Clayton. LaCalameto transferred in from Dayton, while Clayton spent two years at UNF. Both struggled during their first go at Division I baseball; both posted career ERAs over 6.00 at their respective schools.

Nick Love is a righty from Yulee, who arrives at Central Florida after spending a pair of seasons at Jacksonville University. Love made the All-ASUN Freshman Team in 2019 and led the team in appearances in the shortened 2020 season. He had an ERA of 3.24 in 8.1 innings last season. 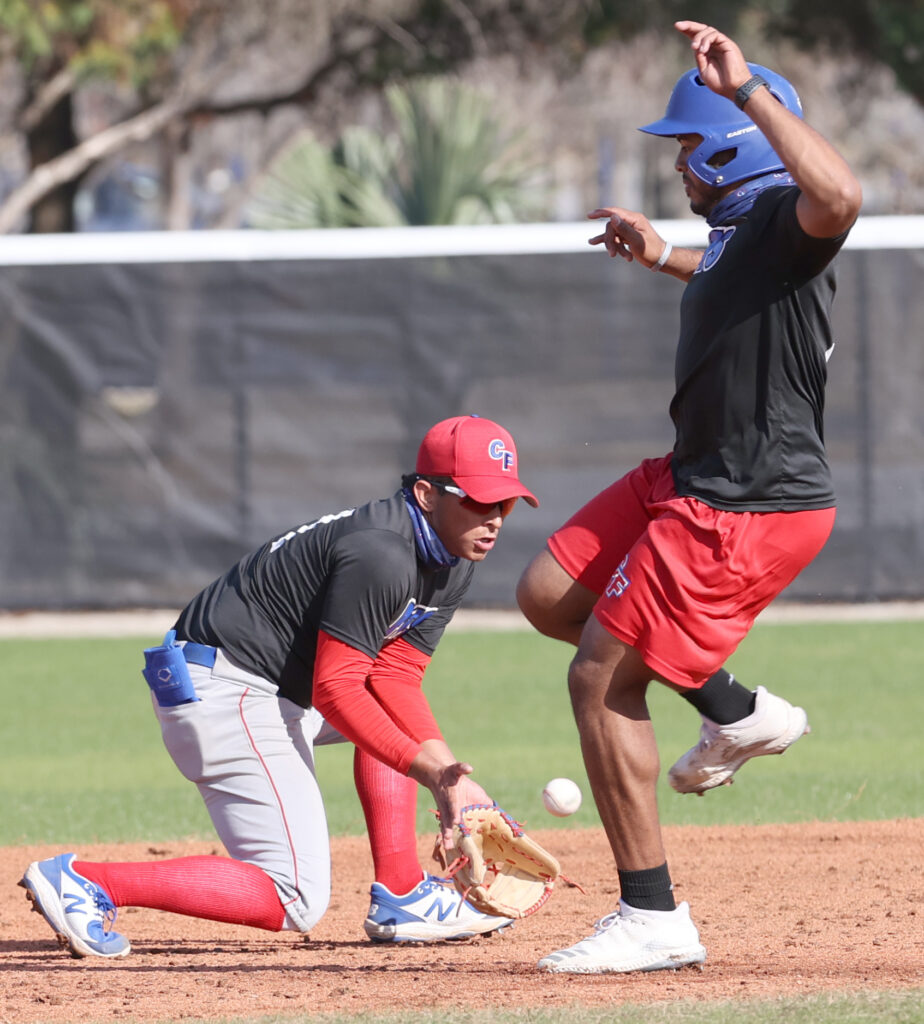 Carlos Gonzalez, left, looks for the out on Francisco Mateo at second base drill during baseball practice at the College of Central Florida. [Bruce Ackerman/Ocala Gazette]

Rounding out the group are Charleston Southern transfer Logan Adams and Francisco Mateo. Smith expects five or six of his pitchers to be drafted in this year’s MLB Draft and one or two hitters.

Redshirt freshman Kevin Kilpatrick, who hit five home runs and 21 RBIs last season, is one of those hitters. Central Florida returns most of its offense from last year, and Smith is expecting big things from true freshmen shortstop Edrick Felix and outfielder Tre Hondras.

The pandemic has also had a significant impact on the team. The Patriots didn’t play anyone but themselves in the fall because of COVID-19 regulations. Additionally, because of the nearly year-long layoff since the team’s last competitive game, there’s a lot of excitement to get back to just playing baseball.

“We played ourselves 20 times, and that got old, and it got boring,” Smith said. “You lose concentration and focus and things like that when you do the same thing, and you know what this pitcher does, you know what this hitter does. Right now, our pitchers are getting tired of seeing our hitters because they’re catching up, and our hitters are getting tired of seeing our pitchers and want to see some average pitching instead of really, really good pitching because that’s what it is.”

The pandemic has also changed the team’s day-to-day activities. Everyone fills out a form every day, and it took time to change the way the team does things. Over time, there were fewer occurrences of players grouping together or not wearing masks.

Still, Smith has big aspirations for his squad ahead of the first pitch of the season in Fort Myers, including hopes for the program’s first state championship since 1998.

“I’m not going to sit here and tell you we’re going to win a state championship, but I’m gonna tell you we’re gonna compete for one and try like hell to,” Smith said. “Whether it’s the jinx in me or the bulletin board material, I expect this team to do really, really well.”