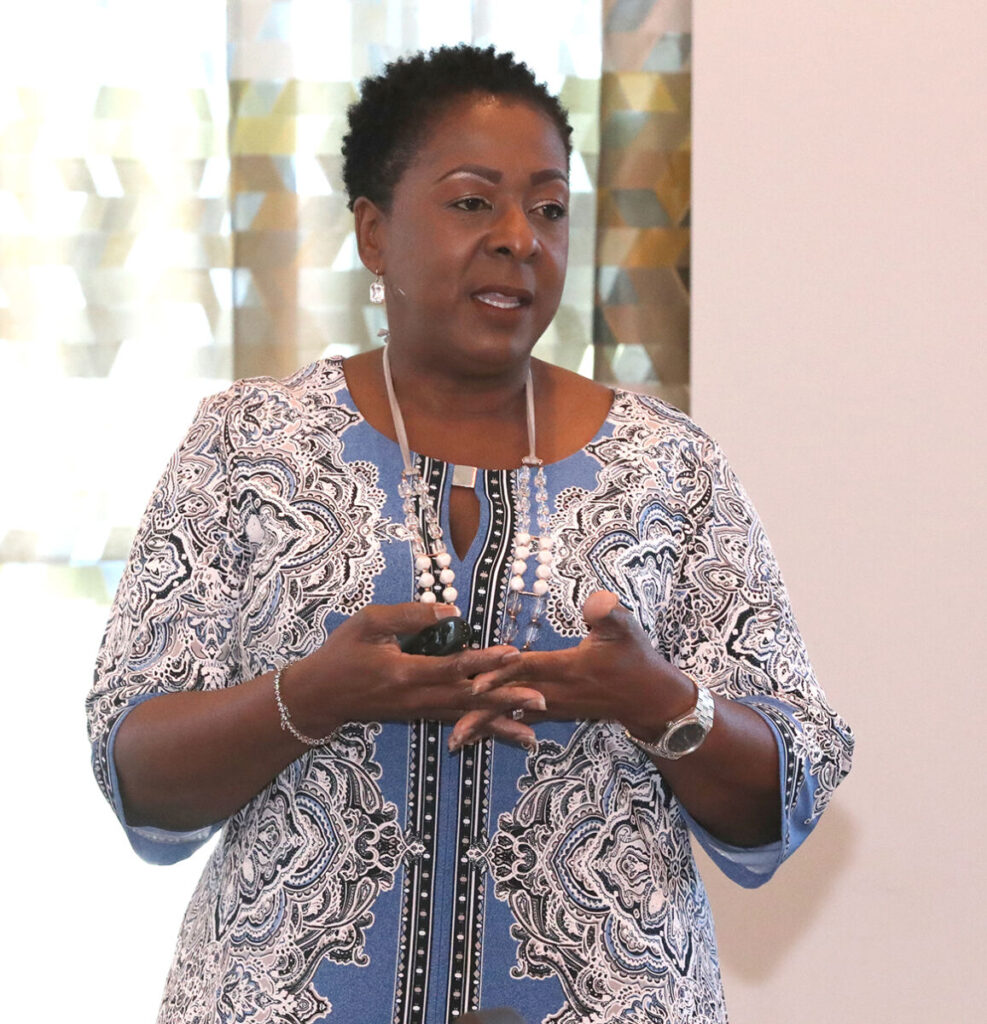 The Ocala City Council abruptly fired City Manager Sandra Wilson Tuesday night, at the conclusion of a meeting in which Wilson’s employment status was not listed as an agenda item for the board to consider.

Council member Barry Mansfield made the motion to dismiss Wilson, citing a recent report from the city auditor involving a whistleblower complaint. That report looked into two issues involving banking and contract matters but did not find any financial losses to the city nor any evidence that they rose “to the level of “gross management.’’

Council members James Hilty and Kristen Dreyer joined Mansfield in the vote to dismiss Wilson, who has served as city manager since June 2020. Council members Ire Bethea and Jay Musleh dissented, with Musleh saying the issue should be set as an agenda item for a later council meeting.

After the vote, Wilson, the first Black person to ever serve in the position, asked to address the council.

“I’d like to say I appreciate the opportunities that have been provided to me as a city manager of this awesome city,’’ she said. “It’s been a great experience. I’ve been with the city for 22 years, and I wouldn’t trade it for anything. It’s been great working with each of you. I have learned something from each of you. And you know, it’s made me a better person. And I just appreciate every experience that I’ve had here at the city of Ocala. Thank you very much.”

The council also voted to name Pete Lee as interim city manager. Lee was appointed an assistant city manager at the end of July 2021 at the bequest of the Ocala Metro Chamber & Economic Partnership. Ken Ausley, a executive board member on the CEP board of directors, had recommended Lee’s appointment to Wilson during a June 22, 2021.

Two other members of the CEP board, Doug Cone and Rich Bianculli, walked into council chambers near the end of Tuesday’s meeting and positioned themselves up front just as Mansfield began his motion to dismiss Wilson.

During the discussion on Wilson’s fate, Betha said “outside forces” were motivating the attacks on Wilson.

Asked after the meeting about the CEP’s possible involvement in his appointment as assistant city manager and now interim city manager, Lee said he had no knowledge of any actions taken by the group in that regard. When asked his thoughts on the auditor’s report that lead to the firing of Wilson, Lee indicated he hadn’t read it.

There were two auditor’s reports that were considered by the council on April 19.

One was from the accounting firm Purvis & Gray sharing a positive conclusion to their extensive financial audit of the city’s financial statements and internal controls. That report drew no discussion from the city council.

The auditor’s report referenced by Mansfield was by city auditor, Randall Bridgeman.

The first complaint from the whistleblower referenced events that began in 2019 under then-City Manager John Zoebler who resigned abruptly in November 2019 and Wilson was appointed interim city manager.

The contract for the city’s banking services was set to expire on April 30, 2020, and the whistleblower complained the city’s CFO, assistant city manager Bill Kaufman, did not act quickly enough to start the process to put a new banking contract in place. The events were unfolding a month after the COVID-19 pandemic exploded, impacting governments and businesses around the world.

According to the auditor’s report, an invitation to negotiate a new banking agreement was solicited on April 23, 2020. The city’s Finance Department’s evaluation committee chose SunTrust Bank (now called Truist) and TD Bank as the finalists.

Wilson was named city manager on June 2, 2020. Months later, on Nov. 9, 2020, the evaluation committee chose SunTrust Bank. The issue was set for the city council’s Nov. 17, 2020 meeting, but less than an hour before the meeting, SunTrust “changed their best and final offer.” This meant TD Bank now was offering better terms. The agenda item was pulled, and negotiations continued.

The city auditor’s report found that Kauffman and city Finance Director Emory Roberts decided in early February 2021 to stay with their recommendation of SunTrust. The bank had just switched names to Truist and was completing a merger with BB&T. For this reason, the bank could not enter into a long-term bank agreement with the city. The short-term banking agreement expires in June 2022.

Kaufman told the Gazette, “We wanted to give our current bank the opportunity to complete their merger, that is why we did a short-term contract. Again, we wanted to be fair and reduce as much risk to the city as possible.”

The auditor did not quantify any financial loss to the city in the report. He did state that some of the reasons city management gave for staying with the same bank were not set forth in the “Invitation to Negotiate.” The auditor also questioned the consistency of placing the contract on a consent agenda for one meeting and in general business for another.

The second whistleblower issue the auditor examined concerned the city’s contract with Kubra, a company that handles printing, mailing bills for the city’s utility services along with the kiosks used to accept payments. According to the auditor’s report, some city staffers expressed frustration about service issues with the company and wanted the city to terminate the contract.

In the bidding process, the Finance Department wanted the services to be divided across three separate contracts with companies InvoiceCloud, InfoSend and DynaTouch instead of Kubra. The auditor said the whistleblower felt it was inappropriate to split up the services that way, and felt it would expose the city to possible litigation from Kubra.

The auditor concluded the multiple-contract option violated the request for proposal (RFP) the city put out for the services, “which sought a turn-key solution with one vendor.” Failing to follow the RFP left the city exposed to litigation.

Again, the city auditor did not quantify any financial loss to the city, but said city management did not allow sufficient time to adequately address potential delays in the project.

Here is the auditor’s conclusion:

“The scope of this investigation was limited to the allegations in the whistleblower complaint letter to Sandra Wilson – City Manager dated March 4, 2022. The results of my investigation do not rise to the level of the definition of “gross management” as defined in the Florida State Statute. Mishandling by management is most likely to have occurred in the two management concerns identified in the whistleblower letter, barring any potential additional information coming forward.”

Council member Dreyer on Tuesday complained that a rosy picture of employee satisfaction was being presented by city management that was contrary to what she was hearing. She offered no examples of substantiated complaints.

Hilty complained that he had witnessed things that to him demonstrated a lack of leadership by Wilson. He said he was particularly disturbed that Wilson was not directing the “troops” during the cleanup following the March 12 tornado that hit the city. Instead, he said, Wilson was in Washington D.C. on with council member Betha.

In fact, Wilson was at city hall working with staff immediately after the tornado hit. She and Bethea left the following day for the pre-planned trip to Washington on city business.

As for interim city manager Lee, Wilson said previously she leaned on him at times for insights on economic development issues, and she knew he worked well with the business community.

The two other assistant managers, Kaufman and Ken Whitehead, who have served in the roles since 2015, were not mentioned as interim manager candidates.