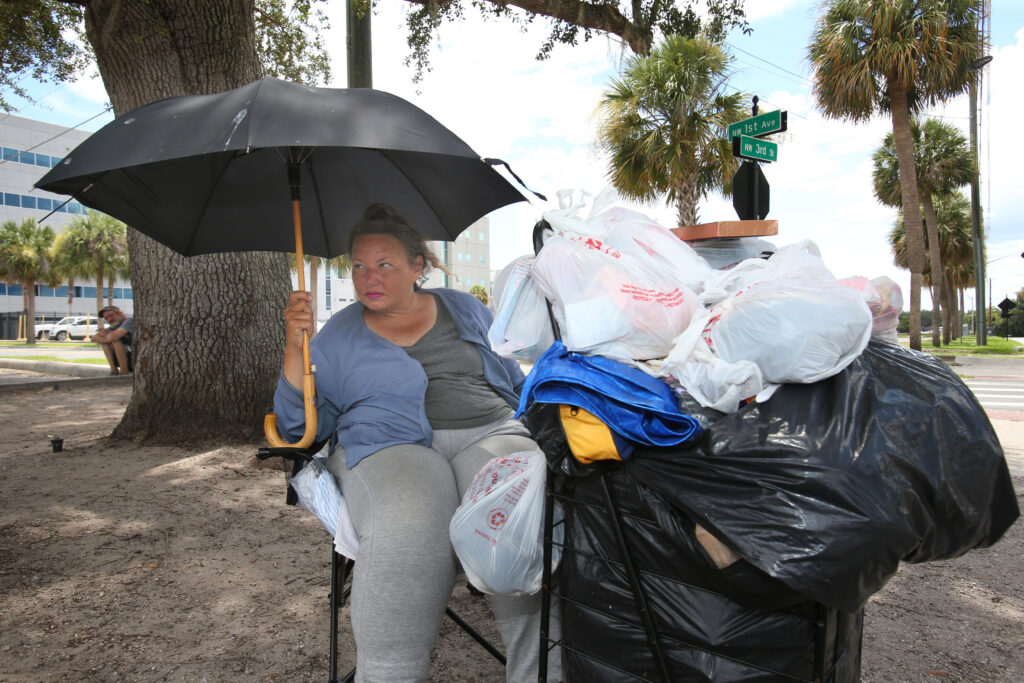 In response to a recent court order prohibiting the arrest of homeless people sleeping in public, the Ocala City Council on Tuesday unanimously agreed to change the city’s open lodging and trespass ordinance.

Prior to the change, the ordinance allowed police to arrest someone in the city if they were sleeping in public and admitted to being homeless.

During the council meeting on Feb. 16, while introducing the change, Patrick Gilligan, one of the city’s attorneys, told council members that the reference to homelessness was unnecessary.

“We don’t arrest people because they are homeless,” Gilligan said. “Contrary to popular opinion, our officers exercise tremendous discretion and humanity in dealing with people they deal with.”

In addition to ordering the city to stop arresting people for sleeping in public, U.S. District Judge James Moody also ordered the city to stop issuing trespass warnings without due process.

Gilligan said he met with Ocala Police Department Chief Mike Balken and Mayor Kent Guinn and believes they came up with a due process method that that court would accept.

In September 2019, The ACLU of Florida, Southern Legal Counsel and Andy Pozzuto sued the city on behalf of plaintiffs Patrick McArdle, Courtney Ramsey and Anthony Cummings, arguing the city’s ordinance violated the plaintiff’s rights under the Eighth and 14th Amendments to the U.S. Constitution.

On Feb. 8, the court ruled arresting homeless people who don’t have access to shelters is cruel and unusual punishment violating the Eighth Amendment. Issuing trespass warnings without a process for appeal violated the 14th Amendment’s due process clause.

Hotwheels has no speed limit. The moment the pooch is...

Gallery: Hotwheels At The Humane Society of Mar...

The dog was brought into the Humane Society with a...

TALLAHASSEE – Gov. Ron DeSantis and the Seminole Tribe are...

The Marion County Commission recognized the county employee of the...
Ocala Gazette Homepage

Gov. Ron DeSantis and the Seminole Tribe are set t

The Florida House on Wednesday passed a bill that

At first losing their daughter was difficult for t

A Senate committee this week narrowly approved a m

A bill that would expand a list of legal holidays

On Tuesday, the Ocala City Council approved an ame