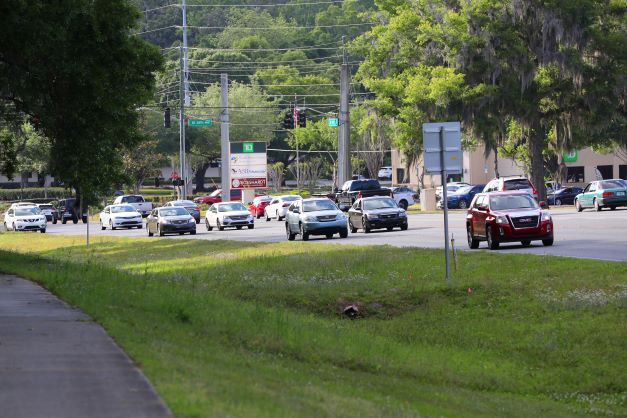 A new 312-unit apartment complex was approved by the Ocala City Council in a nearly 6.5 hour-long meeting held Aug. 16.  Public opposition to the apartments included concerns about crime, traffic access for both SE 25th Avenue and Maricamp Road (CR 464) and the question of improper notice of the meeting to neighboring residents as required by state statute.

The proposed apartment development, currently named Grand Reserve, is slated for 312 multi-family apartments on 39.24 acres. The property is east of the Woodland Villages community, which is accessed solely from SE 25th Avenue. Residents there are deeply concerned about nearby property values, safety issues and infrastructure. Woodlands Village resident Deborah Klugger wrote the council in protest and stated, “This rezoning would be a great negative impact to our community and the surrounding areas.”

Attorney Fred Roberts, representing Grand Reserve developers, mentioned a previous public meeting with Woodland Village residents and thanked them for “trying to find a solution as opposed to simply being obstructionist.” He referenced a previous meeting that had “a couple hundred” attendees and noted the process has entailed work for both parties.

Ken Nadeau, vice president of the master HOA board in Woodland Villages and a former city commissioner in Belleview, spoke in opposition. He referenced the approval of previous “classy, luxury” apartment complexes such as Steeplechase and Morgan, that are now simply aging, regular, everyday communities. “Don’t be distracted by the shiny and the new,” he warned the council.

He said that single-family neighborhoods near “an apartment district” ultimately suffer from desirability issues and property value devaluation. By approving apartments in this area, Nadeau stated his concern about future development of the Maricamp Road Church of Christ, the ARC property and other parcels south facing 464. He also mentioned overburdened schools and traffic issues.

Nadeau said the HOA requested funds for additional buffering from 25Th Avenue traffic and has an “agreement in principle” with the developer for a roundabout with land from Woodland Village.

The developer’s agreement stated, “The parties acknowledge that the current access

points for Woodland Village is poorly aligned and poses a hazardous condition. Accordingly,

The council voted 4-1 to approve the development; Councilman Hilty Sr. was the sole nay.

In a memo obtained by the Gazette from the Woodland Village board to residents of that community, the board noted some concessions were made by the developer. A “redesign” of the “third lane on the south side of the Maricamp and SE 25th Ave intersection,” a “retiming of the traffic lights at the intersection” to improve flow and an additional right hand turn only lane on “the south side of SE 25th Avenue.”

The board also acknowledged that the developer had agreed to pay $50,000.00 “to the Master Association for fencing to help mitigate the impact of this development.”