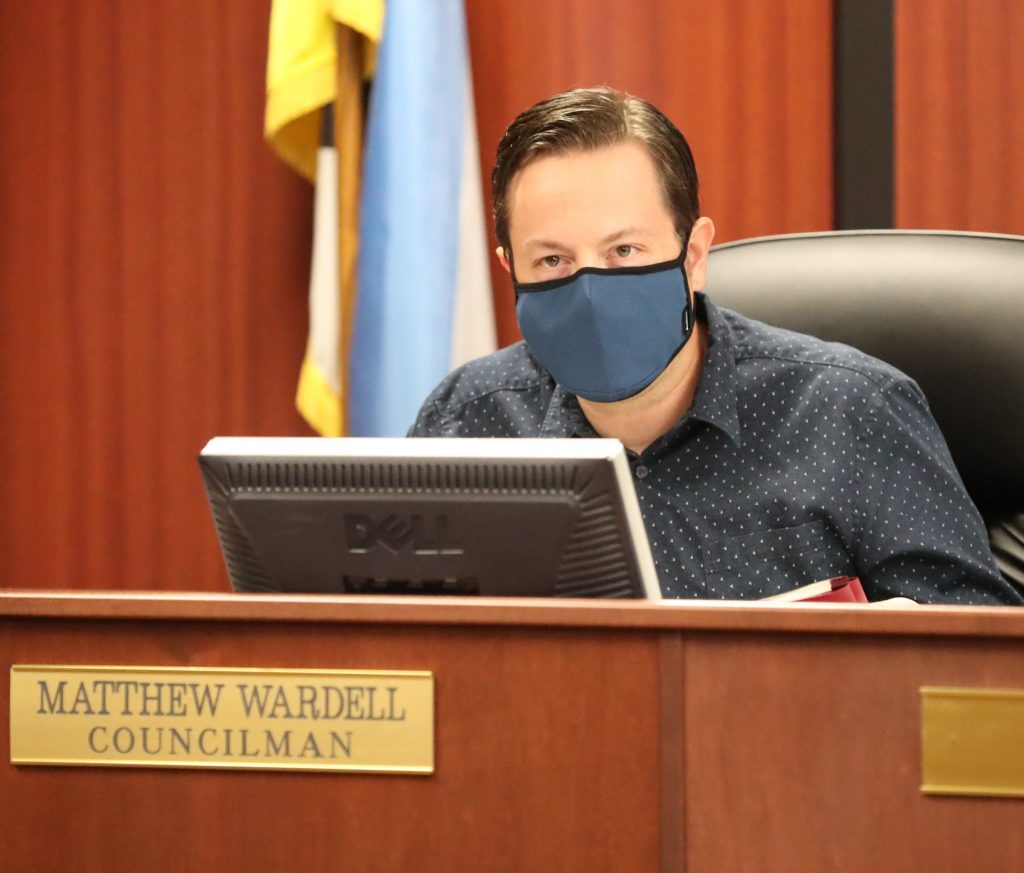 City Councilman Matt Wardell speaks in favor of an emergency ordinance to require face coverings during the Ocala City Council meeting at Ocala City Hall in Ocala, Fla. on Tuesday, July 21, 2020. The City Council voted 3-2 against the emergency mask ordinance suggested by Councilman Matt Wardell that would have required people in Ocala to wear face coverings in indoor locations amid the COVID-19 pandemic. [Bruce Ackerman/Ocala Gazette] 2020.

With the Ocala City Council’s unanimous blessing on Tuesday night, the City of Ocala’s Recreation and Parks Department will renew its contract with the Florida Department of Corrections (FDOC), allowing for an additional three years of reaping the benefits of a five-man inmate labor squad.

“The recreation and parks inmate work squad assist us with various grounds maintenance services such as landscaping, mowing, median and right-of-way maintenance, park maintenance, as well as beautification of other city properties,” Bill Rodriguez, Parks Division Head for the City of Ocala Recreation and Parks Department, said.

Much of this expense covers the salary of the sole squad officer who will supervise the labor squad.

The inmates receive no compensation for their efforts – a concern Councilman Matthew Wardell voiced during Tuesday’s council meeting.

“The reason I’m going to vote for it is, having worked with some of them filling sandbags and some of those things in years past, I know they really appreciate getting out of jail,” Wardell said. “I can appreciate that and understand that.”

According to Wardell, it isn’t unheard of for similar programs to allow inmates to accrue a savings account for when they are released. The City of Ocala’s program, however, isn’t one of those.

“I wish we could find a more equitable solution for some of this work,” Wardell expressed. “I’d love to see them getting paid for their work. Working for free doesn’t feel right.”