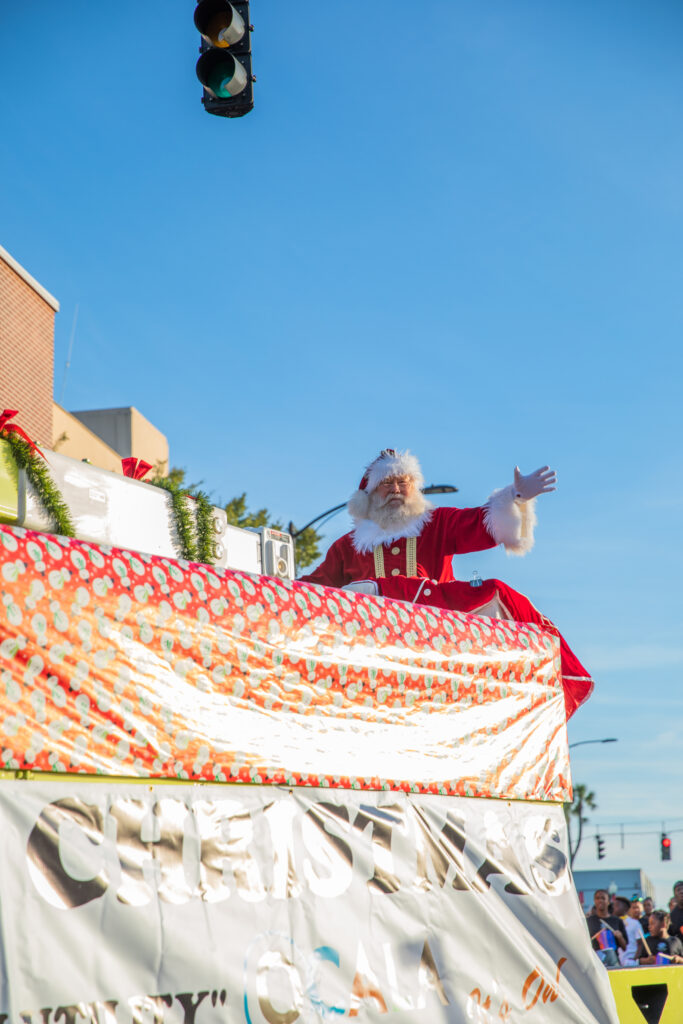 The coronavirus pandemic has claimed another victim – the Ocala Christmas Parade.

After months of planning and negotiating with local governmental bodies, organizers of the 65th Ocala Christmas Parade said Thursday they will cancel this year’s event due to concerns over the pandemic and a big drop in participation due to a School Board decision to prohibit students groups from taking part in the parade.

“Factors considered include an increased and overwhelming concern about the COVID-19 virus, where we are seeing a continuing increase in the local positivity rate since Nov. 1 and the deleterious recent decision by the Marion County School Board to restrict students and school groups’ participation in 2020 parade,” Friends of the Christmas Parade Inc. said in a news release. “These items, in addition to the increased expenses holding an event this year would entail, the committee agreed that hosting the parade is not the safest nor most prudent way to proceed during such an unprecedented year.”

The group said the parade traditionally attracts more than 50,000 spectators and more than 6,000 participants.

“Our volunteer committee is very disappointed that we are unable to hold this event as our goal each year is to create a diverse, communitywide event where people of all ages and socioeconomic sectors of the community can come together in the spirit of goodwill and community,” the release continued.

“… The public, participants, law enforcement and volunteers are always at the forefront of our planning and this decision was extremely hard to make, but public safety and responsible use of taxpayer resources must be a priority.”

“What’s a parade without kids, without bands?” she said. “And I just couldn’t, in good conscience, do it because of the costs – of set-up, of police. The kids, though, are the ones who lose.”

The cancellation came just two days after the Ocala City Council voted 4-1 to issue a parade permit for the event that was scheduled for Saturday, Dec. 12.

The council vote came after city staff evaluated safety considerations in the midst of a pandemic and recommended the permit be issued. County Health Department Administrator Mark Lander also weighed in, telling council members he was not worried about the parade becoming a superspreader event, based on current COVID-19 trends in the community.

Despite having the city permit in hand, the Marion County School Board voted last week to prohibit school groups, like bands and ROTC units, from participating in the parade. Mosley said not having school groups would downsize the parade from about 120 units to about 50 or 60 units. At the same time, she said, putting on the parade would cost the same, about $100,000, whether there were 120 units or 50 units.

It is the second major holiday event in Ocala that has been cancelled due to COVID-19 fears.