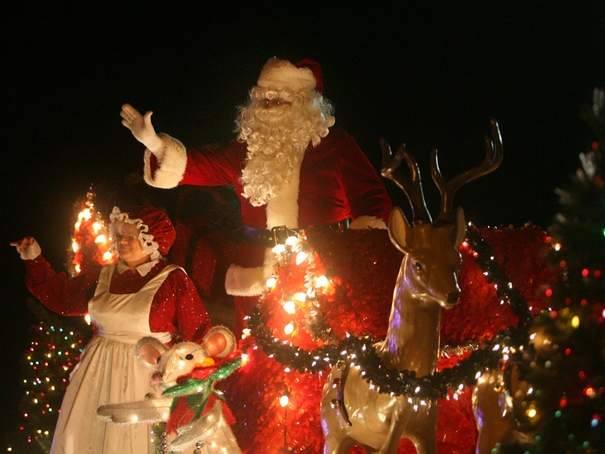 Organizers of the 65th Ocala Christmas Parade are moving ahead with plans for the holiday event, but they will have to win Ocala City Council support later this month if the parade is actually going to roll.

Parade committee Chairwoman Sue Mosley said the group began making plans for the parade back in July “because we couldn’t wait until the week before to begin making plans.” The parade is currently scheduled for Saturday, Dec. 12 – it’s traditionally held the second Saturday in December – at 5:30 p.m. The parade route will start at the McPherson Government Complex on 25th Avenue and move east on Silver Springs Boulevard to Eighth Avenue, where it will turn and disband at Tuscawilla Park.

Mosley said this year’s parade is being dedicated to former Police Chief Greg Graham, who died two weeks ago in a plane crash near Dunnellon. Graham was a longtime supporter of the parade and worked with the committee closely.

In order to hold the parade, the parade committee must get a permit from the city of Ocala, and that permit must be voted on by the City Council. The permit is on the council’s Nov. 17 agenda. While the permit typically wins automatic approval, the city is taking extra care this year in approving events that draw large crowds because of the COVID-19 pandemic.

The City Council last month canceled the annual Light Up Ocala, a celebration of the lighting of the downtown Christmas lights that drew more than 20,000 annually. It was deemed too much of a superspreader threat by the council.

Light Up Ocala, however, is a city-sponsored event. The parade is not sponsored by the city but rather by the Friends of the Christmas Parade Inc.

Mosley said parade organizers are confident it can be held with proper safety in mind.

“I think we’re going to have plenty of room at both the staging area and along the parade route so people in the crowd can safely social distance as well as the people in the parade,” she said.

She said there will be hand-sanitizing stations along the parade route and spectators and parade participants will be urged to wear masks and socially distance.

Mosley believes it is possible to create a safe spectator area along the 2-mile route. That is in part because she does not expect this year’s crowd to be anywhere near the 65,000 people organizers say attend the parade in an average year.

A smaller parade overall is also expected, too, Mosley said. Typically, there are 6,000 to 7,000 parade participants. This year she expects that number to be more like 4,000 – again, because of the pandemic.

Assistant City Manager Ken Whitehead, who is coordinating the city’s permitting process, said the city will use the same health safety criteria it used for Light Up Ocala to make its recommendation to the council. Those criteria are based on Gov. Rn DeSantis’ recommendations and Health Department numbers for COVID_19 cases and hospitalizations in our community.

Whitehead said a meeting is planned Friday between the parade committee, the city staff and Health Department officials to determine what COVID-19 mitigation steps will be necessary to keep the event safe. He acknowledged that the stretched-out venue – as opposed to the confines of the downtown square where Light Up Ocala is held – may factor into whatever recommendation the city reaches.

City Council President Jay Musleh said he is unsure how the council will vote on the permit, but while the parade is not a city-sponsored event, a lot of city employees are required to work it. City worker safety, he said, will be a factor in the council’s decision.

Mosley said the parade committee will not have its traditional parade marshal this year. Instead, with the theme of this year’s parade being “A Hero’s Christmas,” veterans from each branch of the military will be honored and a representative from each branch will ride in the parade as co-marshals.