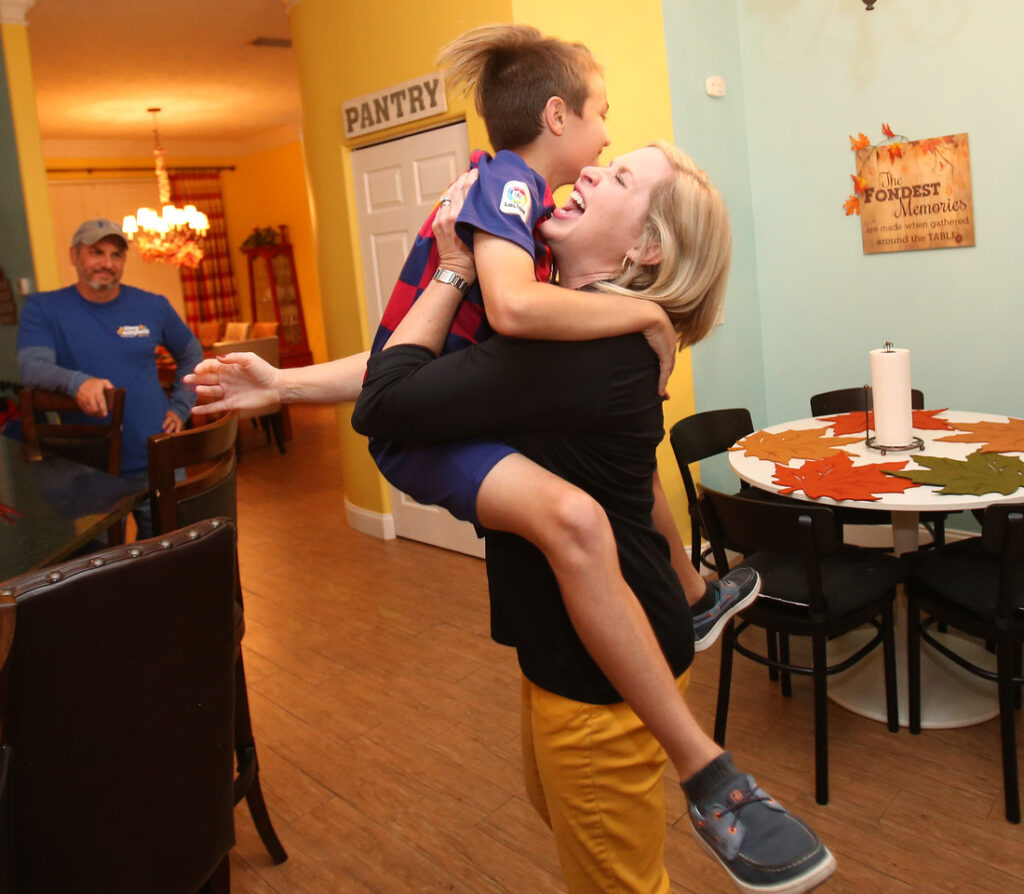 Allison Campbell celebrates her win in the Marion County School Board District 1 race over Lori Conrad as one of her sons, Connor, 10, leaps into her arms at her home in southeast Ocala, Fla. on Tuesday, Nov. 3, 2020. [Bruce Ackerman/Ocala Gazette] 2020.

Business leader tops career educator with 53.5 percent of the vote

Allison Campbell celebrates her win in the Marion County School Board District 1 race over Lori Conrad as one of her sons, Connor, 10, leaps into her arms at her home in southeast Ocala, Fla. on Tuesday, Nov. 3, 2020. [Bruce Ackerman/Ocala Gazette] 2020.

In the only countywide contest on Tuesday’s ballot, Allison Campbell beat Lori Conrad for the District 1 seat on the Marion County School Board.

Campbell was surprised by the margin of victory in a race many predicted would be close.

Now, she said, she wants to get to work.

Improving attendance was a point of agreement between Campbell and Conrad.

Campbell said that “80 percent of success is showing up” and, after visiting every school in the district, those schools with the worst attendance records also have the worst academic performance.

“We have to get back to communicating why attendance is important,” she said. 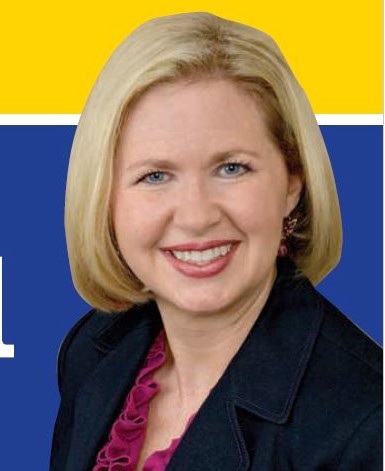 Citing a record $652 million school district budget this year, and the fact that 80 percent of the budget is spent on salaries and employee benefits, Campbell believes how the other 20 percent is spent must be more closely scrutinized.

“I’m of the belief that $652 million is enough to live within our means,” the mother of three public school students said.

Campbell, a public relations professional, made better communications at all levels of the school system, from students on up, a cornerstone of her campaign. She believes improved communications between those running the school district can improve the operation of our schools, but also that teaching effective communications to our children will enhance their futures as well.

“Everything is so old,” she said. “The books are old. The technology isn’t great.”

Conrad also said too much testing in Marion County schools is eating up instructional time and is unnecessary.

Whether adding a third teacher to the School Bord – board members Kelly King and Nancy Thrower are both teachers – would give teachers an outsized influence on the School Board became an issue during the campaign.

Meanwhile, Conrad had some campaign hiccups over the past several months.

First, it was discovered that her main residence was not located within District 1. But a nearby family farm is in the district, and Conrad moved there in mid-campaign. Following a formal complaint to state officials, an inquiry found there was nothing illegal about it and Conrad was cleared. Since then, however, the county has assessed her family back taxes because the structure she is living in was never permitted.

Also, Conrad received a written reprimand for using her school email to conduct campaign business, which she said mostly involved emailing her teacher friends, although some of the more than 200 emails were to outside consultants and elections officials.

Campbell said she was grateful to so many people who she met along the campaign trail and those in the school system who helped her, adding that she believes those who voted for her understood her vision.