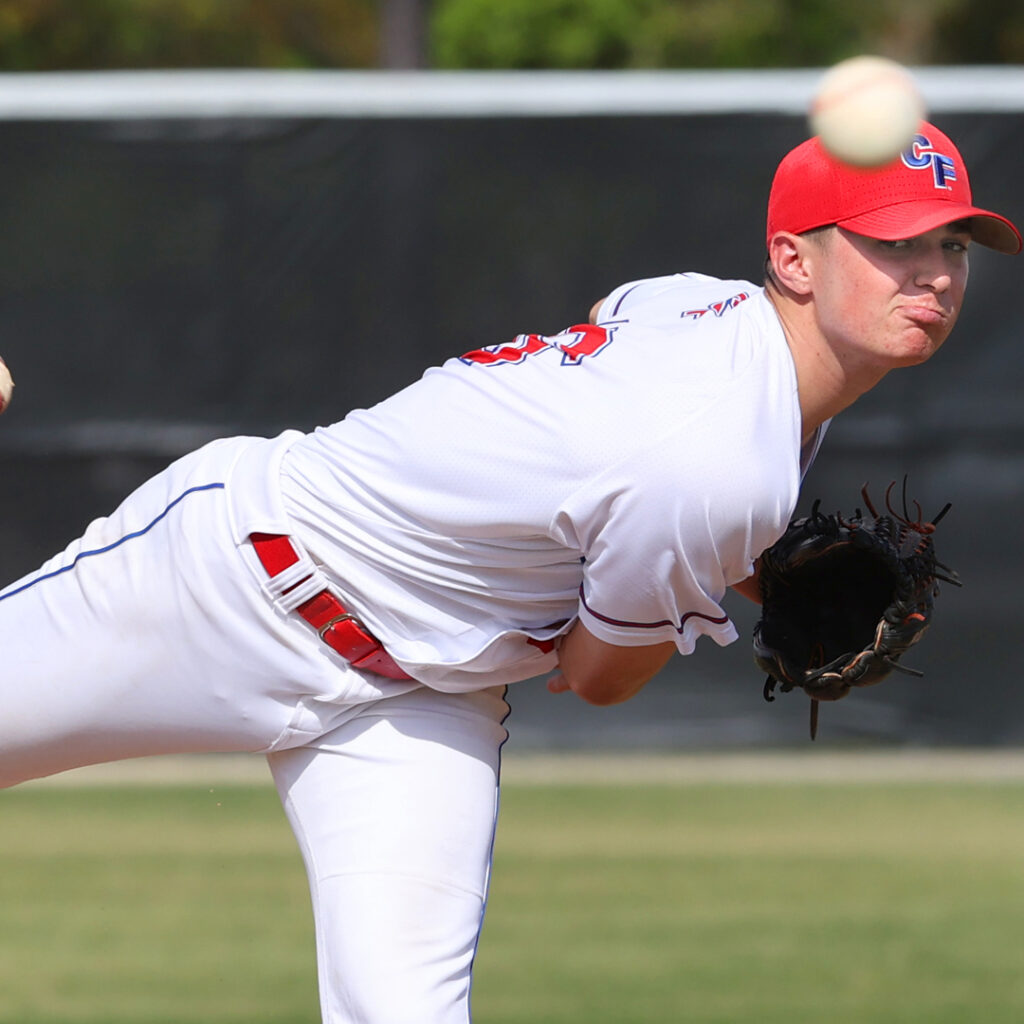 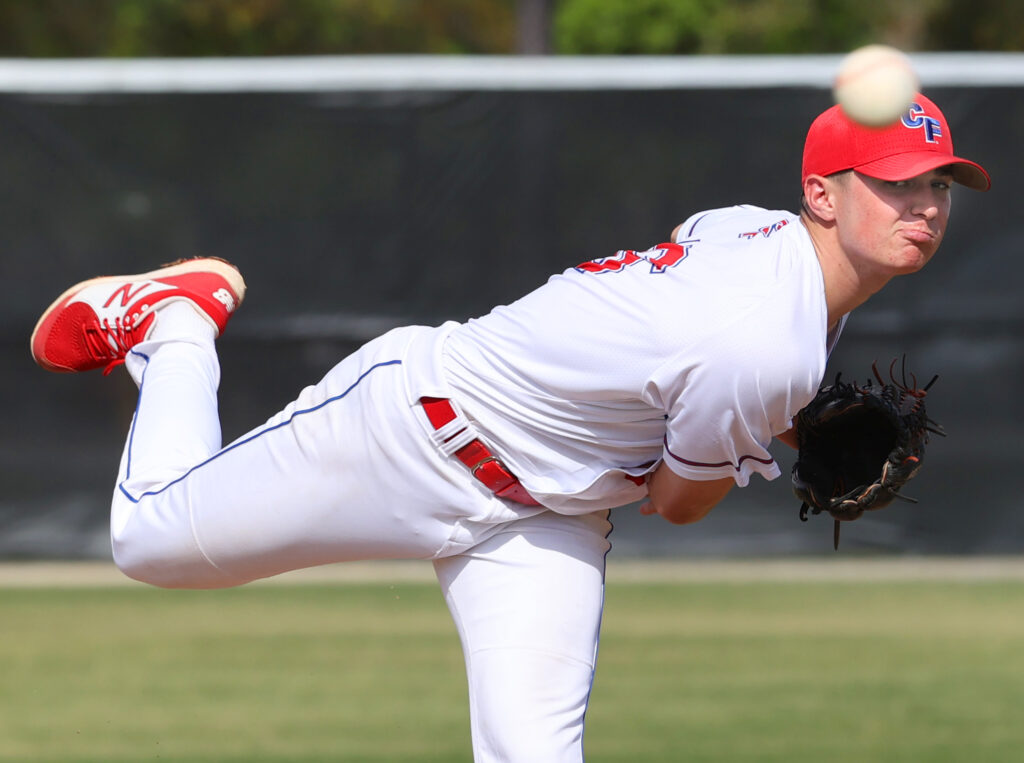 Early in the game, neither team was having much luck on the mound. Freshman Shawn Guilliams gave up a double in the first inning that was followed up with an RBI single. Guilliams ultimately allowed three runs in five innings on seven hits and two walks despite striking out 11 batters.

Central Florida made it 3-1 in the bottom of the second on an RBI single hit by redshirt sophomore Garrett Wallace after an errant pickoff attempt put a runner on third. Wallace moved to third on the play after an error by Daytona right fielder Bobby Sparling. He then scored on a Cedarburg single to make it 4-2. 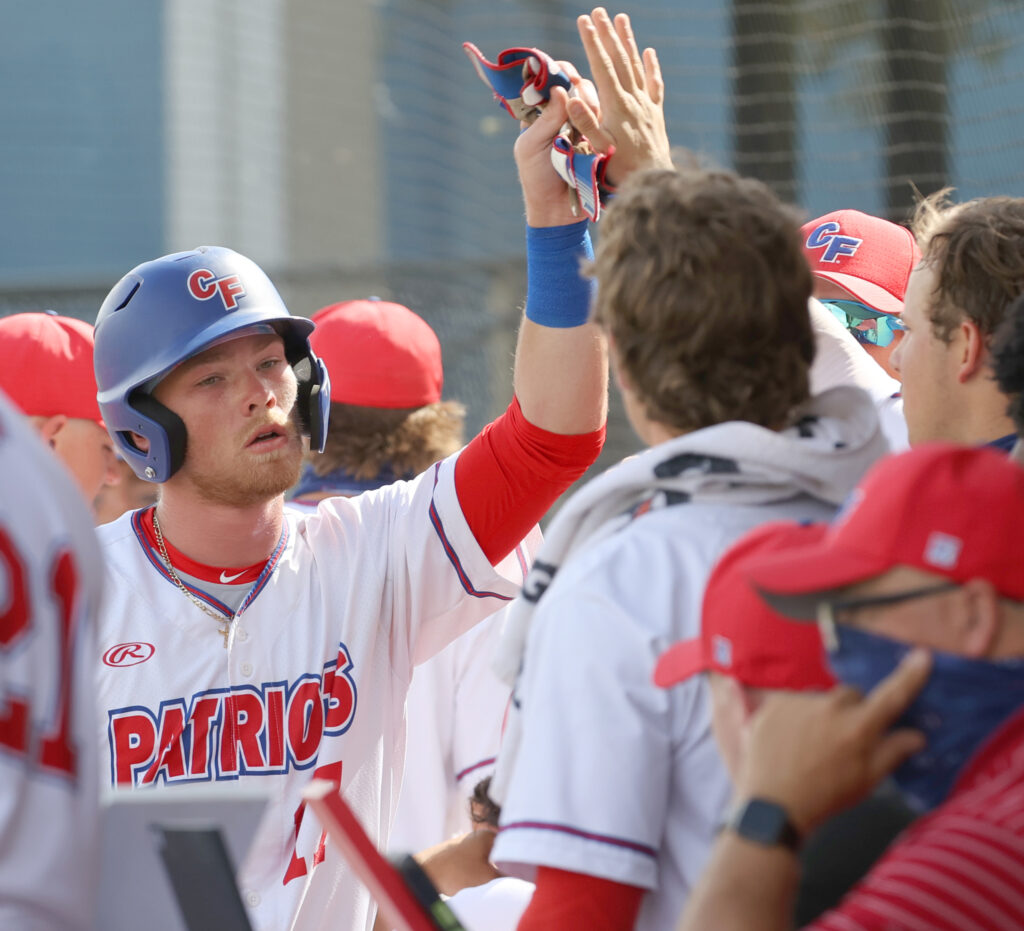 The College of Central Florida’s Garrett Wallace (17) celebrates with the dugout after scoring on his triple against Daytona State College. [Bruce Ackerman/Ocala Gazette]

Patriots reliever Troy Britts immediately gave up a leadoff home run, hit a batter and then gave up a single to the first three batters of the inning. Britts managed to force a ground ball that turned into a double play but allowed a run to score on the play. The Falcons then hit back-to-back singles before Britts walked the bases loaded, narrowing the lead to 9-8.

Carter Page then tied the game for Daytona on a liner that hit Britts in the arm and deflected into right field. Smith pulled Britts and replaced him with righty Logan Clayton. Clayton walked his first batter before finally getting the Patriots out of the inning.

With one out, Felix got the ball rolling for the Pats after he was drilled with a pitch. Cedarburg then moved him to third on his team-leading third hit of the day. Facing pinch hitter Kevin Kilpatrick, Finn threw the game-ending wild pitch on the first offering of the at-bat.

“There’s no doubt we can win,” Smith said. “It was kind of ugly today, but it was good to see a good at-bat by Cedarburg in the ninth.”