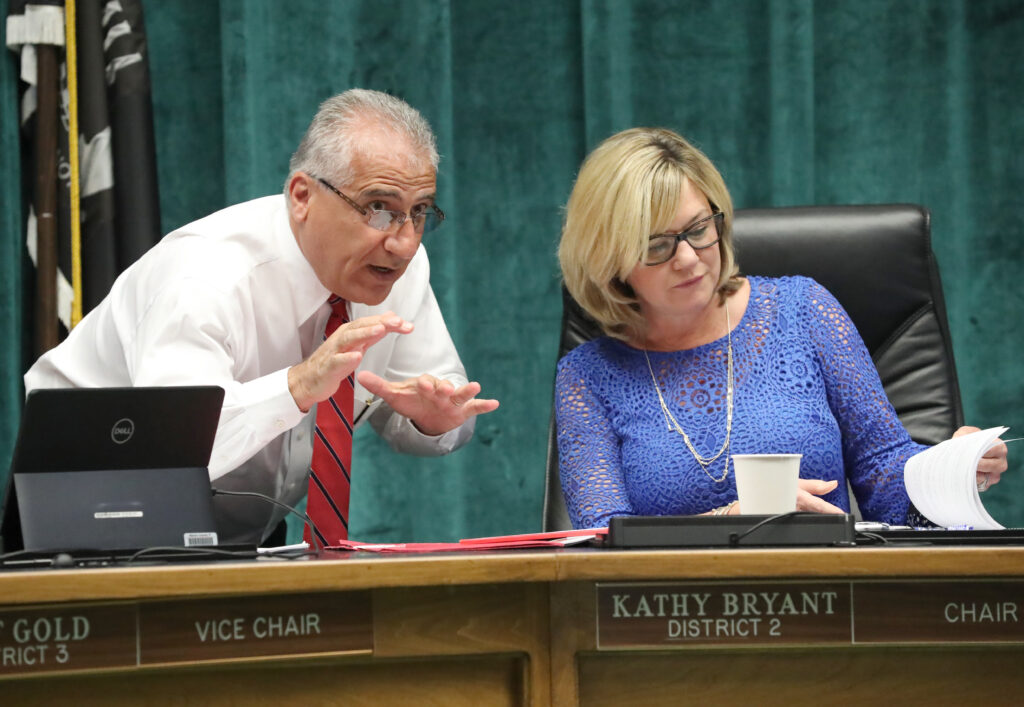 County Administrator Mounir Bouyounes, left, talks with Kathy Bryant, the Chair of the Marion County Commission, right, before the start of a zoning and planning meeting on the Double Gate ATV Park at the Marion County Commission auditorium in Ocala, Fla. on Wednesday, June 17, 2020. Blitch Plantation, Ltd. and International Property Services, the owners of 240 acres are proposing a large ATV park near the intersection of County Highway 329 and County Highway 318 in Flemington. [Bruce Ackerman/Ocala Gazette] 2020. 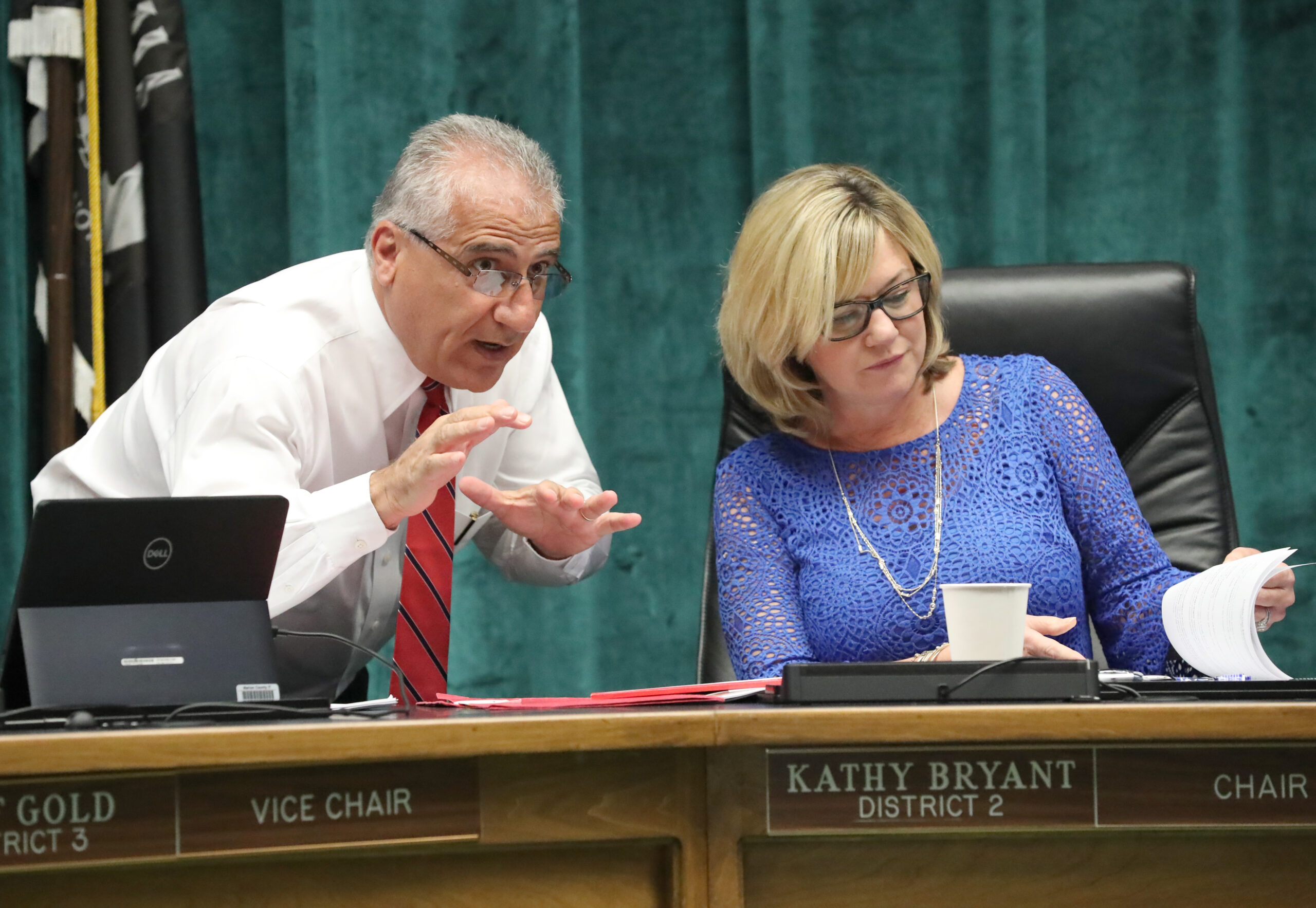 County Administrator Mounir Bouyounes, left, talks with Kathy Bryant, a Marion County commissioner, before the start of a meeting in this June file photo. The commission will consider an $11 million rental and utility assistance program on Tuesday. [Bruce Ackerman/Ocala Gazette]

Almost a year after the COVID-19 pandemic hit, Marion County Commissioners will consider an $11 million rental and utility assistance program at their Tuesday meeting.

While it was not clear on Monday how much of the county’s allotment of $64 million in CARES funds was spent on housing assistance, the $1 million contract with the United Way fell by the wayside.

“There were a lot of lessons learned,” he said on Friday, adding they streamlined processes, added staff and will partner with other organizations to promote the program.

The county did not immediately respond to questions about how they selected the United Way for the program.

But some, including Renee Thompson, believe the courts need more involvement in the program.

Thompson, an attorney and local mediator, will speak to the commission on Tuesday.

Thompson said including the judicial system would give applicants privacy and protection.

“The other concern that I have is when relief monies are provided, there’s an application in the settlement process that the applicants have to go through,” Thompson said. “And if they go through that during the court process, they’re entitled to a mediation, which entitles them to confidentiality and other protections which are provided by statutes.”

Also, 90% of the money must go to pay rent or utility bills.

To qualify, at least one person in a family must be eligible for unemployment or experienced financial hardship due to COVID-19. Also, families must prove a risk of homelessness or housing instability and have a family income 80% or lower than the local Area Median Income (AMI).

In addition to rent, the program also covers electric, gas and water bills. The money cannot go to mortgage payments or other expenses like cable television.

The county commission meeting starts at 9 a.m. on Tuesday at the county auditorium, 601 SE 25th Ave.