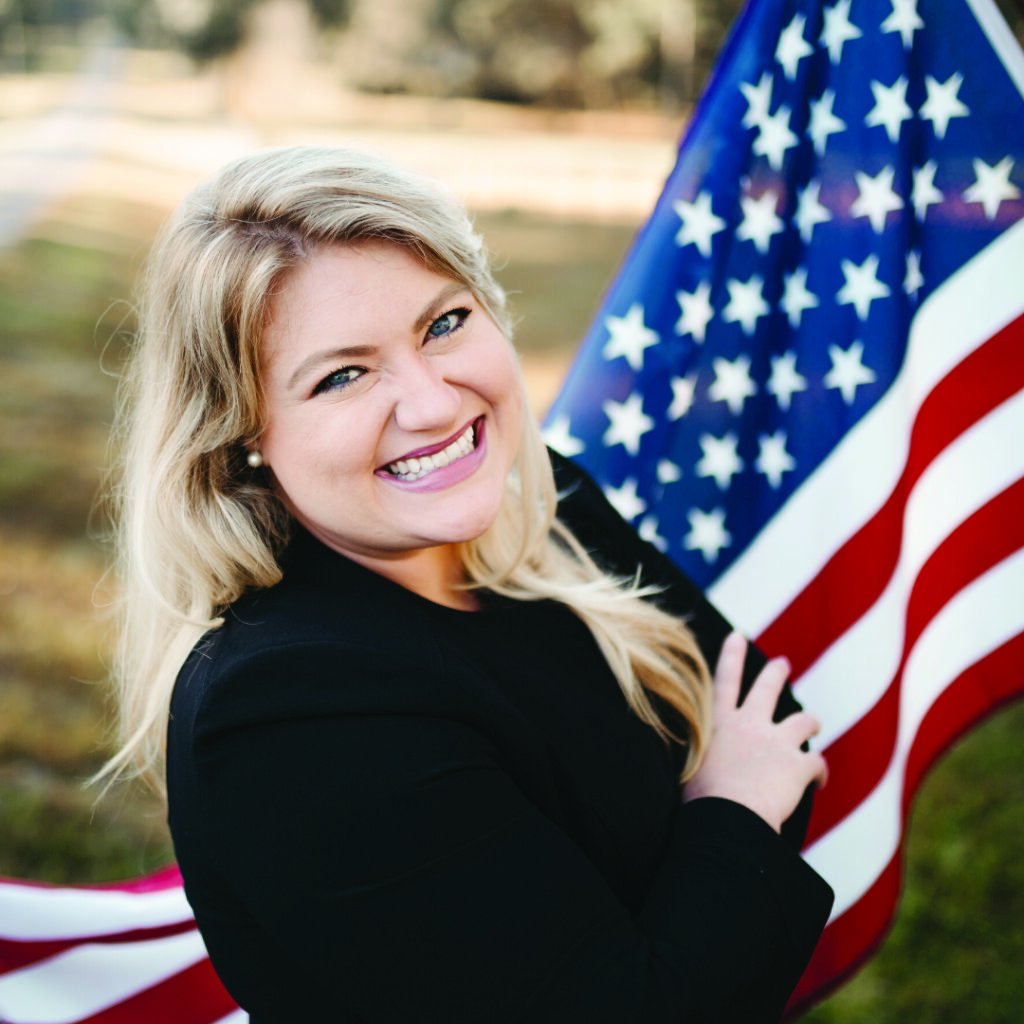 To reach Capitol Hill, though, she must clear one more hurdle on Nov. 3: Democrat Adam Christensen.

To do that, Cammack said she is banking on her experience with national politics. But she also intends to highlight the problems of a centralized government grown too big, too intrusive and too costly – the same issues that led her into politics nearly a decade ago to help the man she now hopes to succeed, her former boss, Republican U.S. Rep. Ted Yoho.

“This was the time — if there ever was a time — to take the leap and really try to get our country back on track, to course correct, and for me to give a voice to young conservatives across the country, because that is something that is lacking,” Cammack explained in a recent interview.

“It’s disheartening where we’re at as a country. I had a very personal experience with the failures of big government. I have the energy and now the working know-how to get things done on day one,” she added. “I have a unique motivator. That’s why it’s so important that I stay involved and I go after this and make sure that we can get our country back on track, because I feel like we’re at that turning point.”

Cammack, 32, of Gainesville, was referring to the Home Affordable Mortgage Program, an Obama administration initiative announced in 2009. It was designed to help financially troubled homeowners rework their mortgages. Instead, as The Intercept put it in a 2015 article, HAMP, as it was known, “became a predatory lending scheme rather than an aid program,” one that rewarded foreclosure actions by mortgage providers.

Cammack said her family’s experience with HAMP left them temporarily homeless after a foreclosure action. But it also led to working for Yoho, a favorite of local Tea Party activists. Yoho upset 12-term GOP Congressman Cliff Stearns of Ocala in 2012. Yoho announced earlier this year that was leaving Congress to fulfill a campaign pledge to serve only four terms.

Cammack touts her experience as a longtime senior adviser to Yoho. She notes that economic development projects and veterans’ priorities were among the key issues she worked on during that time. Today, she serves as vice president of The Grit Foundation, a Gainesville-based nonprofit serving first-responders in the region.

Cammack said reining in the federal government’s “unsustainable” spending is her main priority.

“What we need to do,” she said, “is have the adult conversation about our spending and get our national debt under control.”

Cammack said that would help resolve so many other issues Washington struggles with.

Beyond that, she wants to dismantle the U.S. Department of Education, and return education policy to the states.

She also supports fixing America’s “crumbling” infrastructure, such as roads. But COVID-19 has shown the need for reliable internet connectivity. So, within the 3rd Congressional District, improving that would be one of her top priorities.

“Access to reliable high-speed internet in this district was few and far between,” said Cammack. “Now, more than ever, if we’re going to compete, we have got to have the infrastructure in place, and I think there are some private-sector solutions that we can work with to help facilitate that.”

“I shudder at the word ‘comprehensive,’” Cammack said. “There are a number of things that we could be doing to ease the burden that health care has become on our society.”

To achieve that, she would push ideas such as tort reform, pursuing negotiations for lower drug costs, allowing insurers to sell policies across state lines and minimizing the role of insurers in the doctor-patient relationship.

As for Marion County specifically, Cammack noted that while on Yoho’s staff, she worked with the Ocala/Marion County Chamber and Economic Partnership on job-creation programs and with local leaders on healthcare projects for veterans. If elected, Cammack said she would be excited to back programs assisting young entrepreneurs in starting businesses.

“That institutional knowledge is going to be helpful in January and beyond because we’re not going to have to start from scratch,” she said.

“The overarching message is that my goal is to rein in government, and give as much back to the states as humanly possible, and really break that stranglehold that government has on the American people.”