A look at the ballot amendments 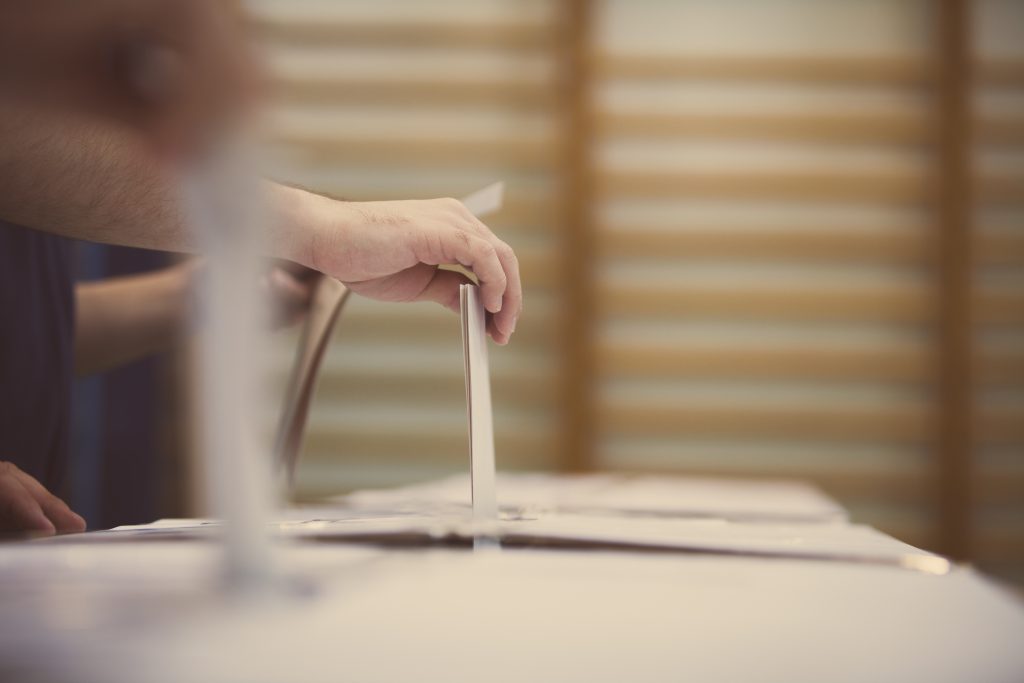 Hand of a person casting a ballot at a polling station during voting.

The presidential race is obviously the focus of the Nov. 3 ballot.

But voters in Marion County, and throughout the state, also will have to determine whether to change the state Constitution – perhaps multiple times.

At issue during this election are six potential amendments to Florida’s governing charter. Here’s a glimpse at what they mean.

The sponsor of the initiative, a Ponte Vedra Beach-based group called Florida Citizen Voters, has spent $2.4 million to change two words in the Constitution.

The document’s Article VI, which concerns elections, says, “Every citizen of the United States who is at least eighteen years of age and who is a permanent resident of the state, if registered as provided by law, shall be an elector of the county where registered.” Florida Citizen Voters proposes to strike the words “Every citizen …” and replace them with the phrase “Only a” citizen.…

John Loudon, the group’s chairman, recently told local media in Orlando that the new wording was necessary to prevent non-citizens from voting in Florida elections. “The Constitution says all citizens are electors, but it doesn’t say non-citizens are not electors. That’s the loophole,” Loudon argued.

Non-U.S. citizens are barred from voting in Florida, and in most states. But some blue states have allowed it in certain circumstances. The Federation for American Immigration Reform released a report in July that noted non-citizens can vote in school board elections in Chicago and San Francisco, while 10 states let them vote in municipal or special-district elections.

Currently, Florida’s minimum wage is $8.56 an hour, or $1.31 above the federal level. State law mandates an increase each Jan. 1 to match the rate of inflation.

If adopted, Morgan’s change would set the minimum wage at $10 and implement successive annual increases until it reaches $15 an hour. Then, in September 2027, the state would go back to making yearly hikes based on the growth of inflation.

On its website, Morgan’s group, Florida For a Fair Wage, notes that the boost is needed because the current level “is not a livable wage for many of the 200,000 hard-working Floridians that earn it, especially those working to support a family.” The group cited an MIT study that found a single adult in Florida would have to make $12 an hour to earn a “living wage.”

Critics, primarily those in the hospitality industry, think the change will be harmful to workers and business owners alike. According to Ballotpedia, Carol Dover, CEO and president of the Florida Restaurant and Lodging Association, said Amendment 2 has “a lot of feel-good appeal.” But, she added, “behind all the warm and fuzzies lie a plethora of unintended consequences,” including potentially forcing business owners to cut staff, reduce workers’ hours and consider alternatives like automation.

Amendment 3 arguably makes the most profound change of any questions on this year’s ballot. If adopted, it ends the party primary system in Florida elections.

The change, championed by a Tallahassee-based group called All Voters Vote, would apply to elections for governor, Legislature and Cabinet, beginning in 2024.

Proponents maintain it is needed as more Sunshine State voters become disenchanted with the two major parties – a growing trend in recent years.

Ahead of the August primary elections, roughly 28 percent of Florida voters were something other than Republican or Democrat. In Marion County, that ratio was 23 percent.

But Florida is a closed-primary state. That means those voters sit out primary elections unless only one party fields candidates, or they switch to a major party in order to vote.

On the other hand, this is the one issue that unites Republicans and Democrats. Leaders from both statewide parties have opposed Amendment 3, which is primarily backed by Mike Fernandez, a South Florida billionaire.

For instance, the Democrats in the Florida Black Legislative Caucus believe the amendment could dilute the influence of black voters. “If you are for Amendment 3, you are not for the minority community — period,” Senate Democratic Leader Audrey Gibson of Jacksonville recently told Treasure Coast Newspapers.

The Republican Party of Florida, meanwhile, has said it would restrict voters’ choices in a general election, and allow the weaker party to consolidate behind a candidate and exploit an election where the other side has multiple candidates.

Amendment 4, if approved, could significantly alter how Floridians amend the Constitution itself.

Backed by a Fort Lauderdale-based group called Keep Our Constitution Clean, the proposal would force potential constitutional amendments to survive two elections in order to be adopted.

In 2006 Florida voters imposed a 60-percent supermajority for incorporating amendments into the Constitution. The irony of that change is that the amendment itself would not have passed under the condition it introduced.

Jason Zimmerman, a lawyer for Keep Our Constitution Clean, argues that the state must reduce the number of “whimsical” amendments, according to Ballotpedia. He pointed out Florida’s Constitution has been amended 140 times since it was ratified in 1968, compared to just 27 amendments for the U.S. Constitution in more than 230 years.

On the other hand, foes, such as the League of Women Voters, say it will significantly restrict citizen input in changing our laws. Ellen Freidin of the group Fair Districts Florida, which promotes an end to gerrymandering, called it a “shameless effort to take away the people’s control over what goes into our Constitution. We simply cannot give up our most effective tool for change,” Ballotpedia reports.

Introduced by the Legislature, Amendment 5 would extend property tax benefits under Florida’s “Save Our Homes” amendment.

In 1992, voters enacted the Save Our Homes change that capped property valuation increases on homesteads at 3 percent annually. That value is established each Jan. 1. Later, the state established “portability,” meaning homeowners who sold their houses could transfer up to $500,000 in value to their new homestead for up to two years.

But some lawmakers saw a problem. As a Florida House staff analysis of the proposal noted, state law says portability is carried over “if the owner received a homestead exemption as of January 1 in either of the immediately preceding two years.” The problem is that the owner could lose portability depending on when they sold their previous home and moved into the new one.

For instance, if a homeowner sells late in one year but doesn’t find a new home until after Jan. 1 the year after next, portability is gone.

The Constitution grants a property tax exemption on homesteads owned by military veterans 65 or older who received an honorable discharge and who are partially or totally disabled because of combat service.

The amendment, if enacted, would allow spouses to claim the tax discount until they remarry or until they give up the home, either by selling or some other means.