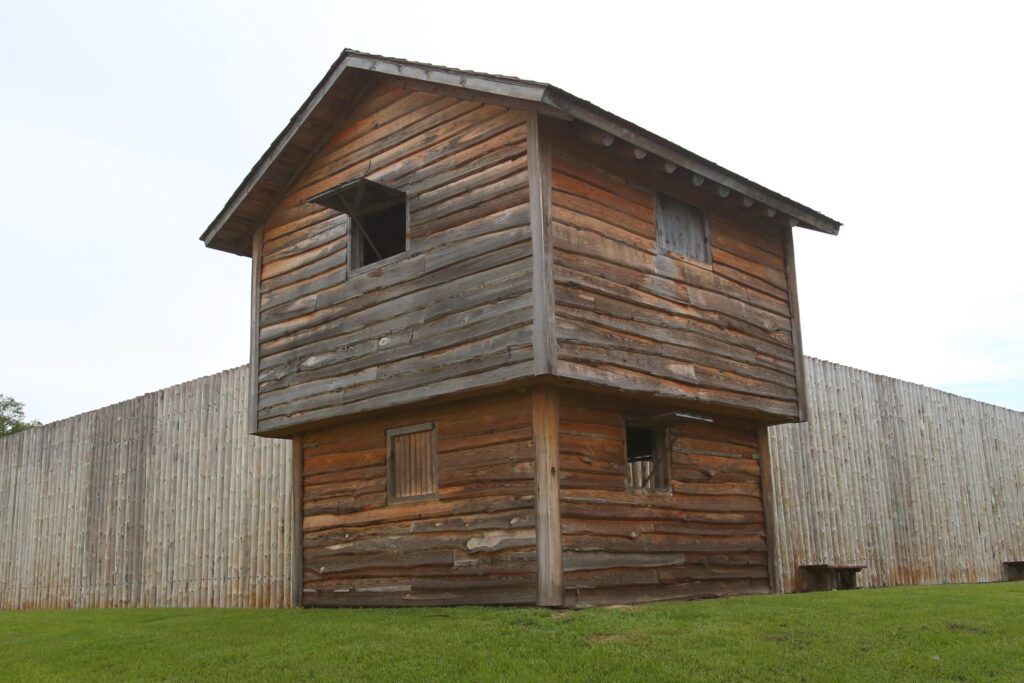 The reconstructed fort is shown at the Fort King National Historical Landmark on Southeast Fort King Street in Ocala.

Florida TaxWatch on Thursday released a list of 166 “turkeys” in a newly passed state budget but suggested that Gov. Ron DeSantis’ office should give extra scrutiny to all 1,221 local projects that lawmakers put into the record spending plan.

With the state flush with cash from federal stimulus money and higher-than-expected tax collections, TaxWatch officials complimented lawmakers for not going as wild as they could have in putting together the $112.1 billion budget for the fiscal year that will start July 1.

“Florida’s taxpayers do not have a choice as to whether they pay these taxes,” Carvajal said. “They deserve to have an accountable and transparent allocation of their funds.”

The Legislature passed the budget March 14 but has not formally sent it to DeSantis, who has line-item veto power.

TaxWatch singles out turkeys based on how spending items get into the budget, rather than trying to evaluate the economic merits of projects or whether they are needed by citizens.

The two local projects that made the list include the City of Ocala’s Sewer Ex-Filtration Project at $500,000 and the Fort King Museum, Education, and Tourism Center at $700,000.

Among the highest-profile items on the new list was $35 million for what was described as a “Sports Training and Youth Tournament Complex” in Pasco County.

The complex was added late in the budget-negotiation process between the Senate and House as part of a supplemental, or “sprinkle,” list of spending items.

The Tampa Bay Times reported the money would help cover a new spring training facility for the Tampa Bay Rays, though budget documents do not specifically mention the Rays.

“It’s one of those that was taken out of the budget during conference (negotiations), to where both chambers had agreed there would be nothing in it. The sprinkle list added it back at $35 million,” Kurt Wenner, TaxWatch senior vice president of research, said. “That actually made our list twice, once because it was added back through the sprinkle list and the other because it could have sought some funding through (the Department of Environmental Protection), through their parks and recreation grant.”

The list released Thursday was up from 116 items, totaling $157.5 million, highlighted in TaxWatch’s turkey list last year. DeSantis wound up vetoing about 150 line items from a roughly $100 billion budget for the 2021-2022 fiscal year, which will end June 30.

TaxWatch officials praised lawmakers for setting aside nearly $9 billion in reserves in the new budget and creating a separate fund to address inflation-driven cost increases for state projects. But they said lawmakers will need to consider “increasing headwinds,” such as inflation and rising home costs, in putting together future budgets.

“In less than 20 years, the state budget has doubled while the population of Florida has not doubled,” said LeMieux, who also served as a chief of staff for former Gov. Charlie Crist. “So, lawmakers in the future are going to have to be very circumspect with their spending and not expect to have these 10 and 20 percent increases every year.”

TaxWatch also intends to post recommendations ahead of a special legislative session on property insurance that will begin May 23.

“When you look at the cost of what it takes to own and afford a home or to rent in this state, we’ve got some critical issues,” Carvajal said. “I don’t even know that the Legislature has an answer on how they’re going to fix this.”