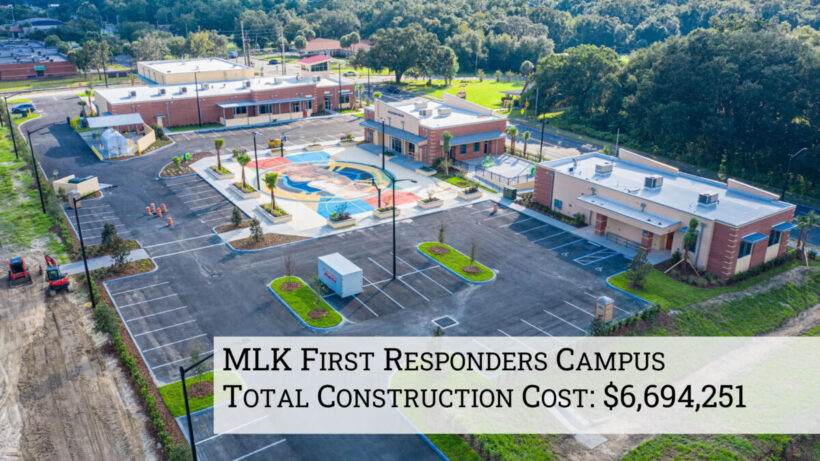 When Ocala City Council members joined staff leadership for a strategic workshop on Tuesday, March 22 to identify council priorities for the upcoming year, they reviewed 2021-2022 budget matters and outlined what special budget considerations there were for 2022-2023.

At the top of the list of budget successes for 2021-2022 was maintaining a flat millage rate of 6.6177 since 2016 while fully funding reserves and maintaining strong debt ratios of 3.83 for the General Fund and 4.10 for the Utility Fund.

The renewal of the penny sales tax for 2021-2024 by voters gave the city a boost towards capital spending. As reported previously by the Gazette, council’s last directive to staff was to allocate 60% of the tax revenue for roads and transportation, and 40% divided equally between police and fire services.

Like other municipalities, Ocala was approved for its pro rata share of the relief under American Rescue Plan Act in the sum of $12.2 million; $600,000 of the city’s ARPA funds were granted to assist nonprofits located in the city limits.

The city gave $2.1 million in salary increases to the Ocala Police Department and set aside money to expand the agency’s communication center.

The presentation also pointed to continued expansion of Ocala Fiber Network, expansion of arts, and a new airport terminal with restaurant during the past budget year.

One of the more public budgeting hurdles addressed over the past year was the city having to change mid budget year how it collected taxes to cover fire services. After the Florida 5th District Court of Appeal ruled that the way the city was collecting fire service fees through utility bills was unconstitutional, the city scrambled to collect taxes to cover fire services for the remainder of the budget year and passed a one-time assessment through a non-ad valorem tax.

The 5th DCA ruling also said the city had to pay back almost $80 million in taxes it had collected illegally, which required the city take out $20 million from the General Fund and obtain a $60 million loan.

The fire service fee issue impacts the 2022-2023 budget as well because the city must make initial payments on the loan of approximately $4.8 million and faces reduced available reserves due to paying fire fee refunds.

The city acknowledged requests from police and fire departments that exceed available revenues. On the lists were: 38.75 full-time positions for OPD, six new hires for Ocala Fire Rescue. Also, OPD requested a land purchase to support a mounted horse unit and OFR wants to construct a new fire station and training facility.

Unspecified fiscal impacts included pending legislation that would grant critical public service workforce an additional $50,000 homestead property tax exemption for assessments valued between $100,000 and $150,000. City leaders also acknowledged they need to prepare for escalating salary costs to recruit and retain qualified workers and for rising costs of goods and services.