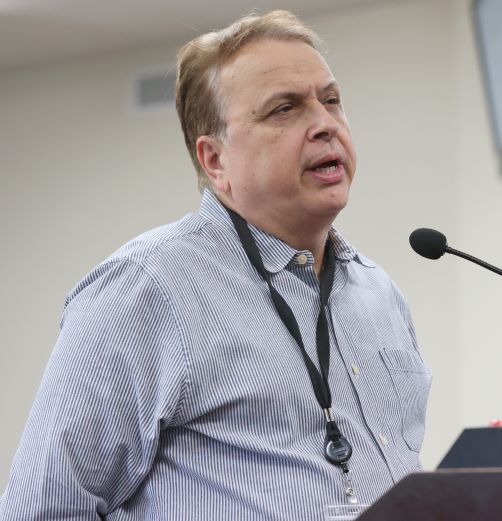 Alcohol and nudity kept popping up during the Nov. 1 Ocala City Council meeting. Discussions during the session honored law enforcement and the outgoing city attorneys, but the agenda and comments often returned to certain morality matters.

ORD-2023-09 also adds the Mary Sue Rich Community Center to the list of publicly owned buildings and park/recreation areas that would not require a public hearing to allow alcohol use for temporary or special events.

The proposed ordinance increases the provisional period for alcohol permits from three months to a year with a staff-allowed one-time extension of three to six months. It also adds criteria to allow Ocala’s building director to approve an existing location to expand into an adjoining alcohol-serving unit without a public hearing.

“So, I can drink wine at a restaurant but not at my house?” asked Council Member Kristin Dreyer as she sought clarification on the current ban on buying alcohol on Christmas Day.

“You can buy it the day before — just a thought,” responded Council Member James Hilty, whose father owned Sam’s Liquors and “enjoyed getting the day off.”

The issue of alcohol sales on Christmas Day and alcohol use permits come back before the council at their Nov. 15 city council meeting.

Later, the council recognized the decades of service provided by city attorneys Patrick G. “Pat” Gilligan, Robert W. Batsel Jr., and W. James “Jimmy” Gooding. The firm is stepping down after the city voted to create an in-house legal department.

Gooding spoke to the council and waxed nostalgic, recalling a legislative scurry to prevent an influx of adult establishments in the city. In 2003, he remembered, the city’s attorneys tussled with Robert Tillander, the often-embattled owner of the now-defunct nightclub Midnight Rodeo.

“It had been owned by several people and held some sort of wet T-shirt or bikini contest or something,” Gooding said of the venue that closed in 2008 and hosted concerts by national headliners such as the rock group Molly Hatchet.

“They got a bit out of control,” he said.

According to the “Ocala Star Banner,” the feud between the city and the nightclub owner stemmed from a Jan. 30 arrest of nine women and a 17-year-old girl who worked for Miss Ellie’s, a gentleman’s club owned by Midnight Rodeo Inc. They were charged with violating a city ordinance against real or simulated sex acts by nude or semi-nude dancers.

“He didn’t like it,” Gooding said of Tillander after the bust. “So, he hired a top-notch adult-use lawyer guy (Gary Edinger) who represented most of the adult-use establishments in the state, topless bars mainly, and he sued us to strike our ordinance down.”

Gooding effused pride remembering the City Council’s maneuver to convene an emergency meeting before the plaintiff could take his case to federal court.

“It was a great story because it’s one where … we acted really quickly,” Gooding said.

It’s unclear whether Gooding’s trip down anti-nudity memory lane was strategic somehow or coincidental, but synchronicity struck the proceedings during the ensuing public comments portion of the session as artist Philip Breske of Belleview voiced his disapproval of the city’s censorship of his nude photography at downtown Ocala’s First Friday Art Walk.

“Here we are again,” he said. “Two weeks ago, I stood here and made a statement about the censorship issues at the First Friday Art Walk. I was finally contacted last week to set up a meeting with the city manager, the city attorney, and the chief of staff. That meeting was prompted, I was told by this Council.

“As of yesterday,’’ Breske said, “none of the three city representatives had seen a written policy on nudity in the art walk. None of them were able to even identify where I might find such a policy. I cannot believe that none of the three bothered to look up the very policy we were meeting to discuss. So, I’m forced to consider that this policy simply does not exist, at least as of yesterday.”

Breske said city officials told him his work would be allowed in this month’s art walk, adding that new City Manager Pete Lee asked if Breske thought displaying the nude artwork in his portfolio was the right thing to do, given that the art walk is a family-oriented event.

“In response, I’d like to relate a short anecdote from an art show I was involved in a few years ago here in downtown Ocala,” Breske said. “One of my prints of a nude model leaning against a tree was in front of my tent, visible from the end of the street. Early in the day, a mother brought her preteen son into the tent and stood him directly in front of the photo. She pointed to it and said, ‘You see this; this is art. Not that garbage you see on the internet.’”