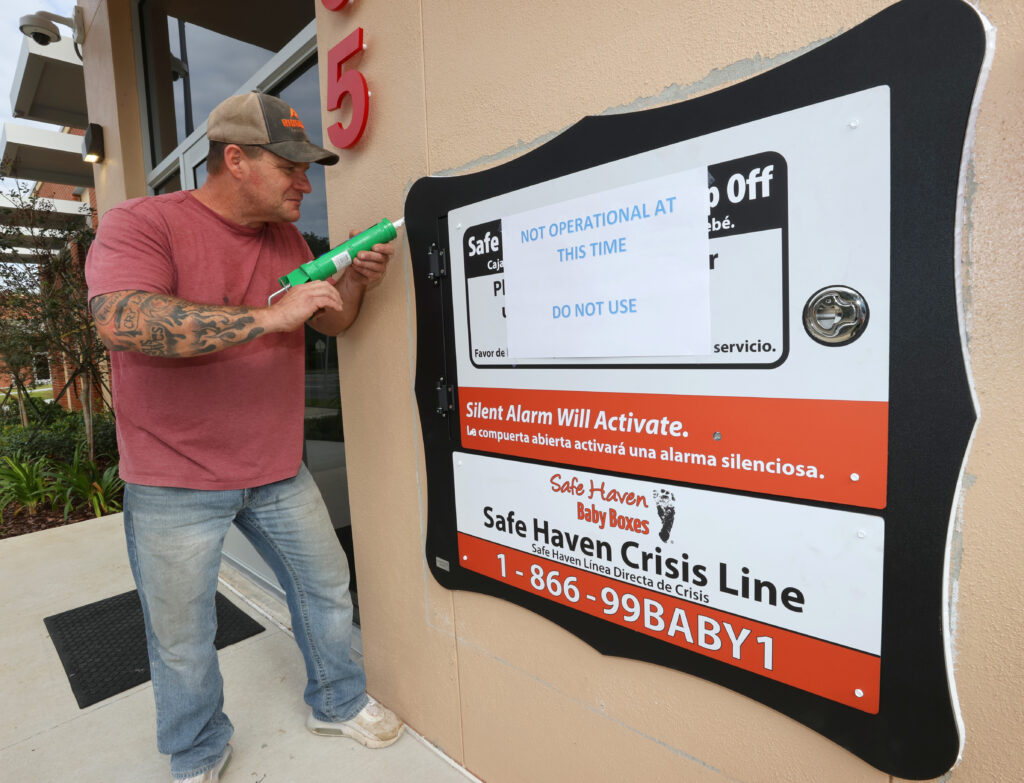 TALLAHASSEE – A proposal backed by an Ocala legislator allowing parents to place babies up to a month old into “baby boxes” instead of handing them over to emergency personnel cleared a Senate health-care panel on Tuesday.

“I know there’s still disagreement. I think it’s very clear, it’s very clear to Senator Baxley, that there’s work to be done on this bill to get it in a better position,” said Bean, referring to bill sponsor Dennis Baxley, R-Ocala.

The bill would change state law on surrendering infants and would allow babies up to 30 days old to be placed in a “newborn infant safety device” located on exterior walls of fire stations, emergency medical-services stations or hospitals. The bill requires that the devices have design features included in those made by Safe Haven Baby Boxes. Baxley denied that the bill would only benefit the Indiana-based nonprofit.

Ocala dedicated the first Safe Haven Baby Box in the state in December at the new MLK First Responder Campus.

Equipped with heating and cooling systems, the box locks once a baby is left inside. A silent alarm goes off, alerting firefighters. Ocala paid $11,300 for the box and will pay a $200 yearly lease, according to the contract.

Opposing the bill is A Safe Haven for Newborns, a nonprofit group that has worked with 5,000 Florida women in the past 20 years.

According to a legislative staff analysis, 386 newborns have been abandoned in Florida since 2000, when a state law allowing parents to leave babies at fire stations or hospitals first passed. Of those, 62 infants were not physically handed off. Thirty-two of those babies died.

Baxley said his bill would increase choices for women by allowing them to use the boxes, adding that nine other states have passed similar legislation.

“This is about the rescue,” Baxley said.

Opponents, though, worry that baby boxes will keep women who surrender newborn infants from getting follow-up counseling. It also would preclude getting the infants’ medical backgrounds.

Sen. Lauren Book, D-Plantation, worried that Baxley’s bill doesn’t spell out what would happen with infants after they are placed in the boxes.

“There are custody issues,” Book said.

A surveillance system required by the bill has led some lawmakers to believe that Baxley’s bill would benefit only Safe Haven Baby Boxes.

“The specifications in the bill would point to Safe Haven Baby Boxes. Can you explain why that’s the case in the bill,” Sen. Shevrin Jones, D-West Park, asked Baxley.

Baxley said the details included in the bill are guidelines.

“You can design this and put this together yourself by the specifications. There’s nothing tied to selling baby boxes about this,” Baxley said. “To advocate that this is about them making money, they are not making money. Not that kind of money. They are not making near what some of the other organizational leaders are making on children’s issues. Believe me. They are interested in sparing kids and giving them a chance to have a life.”