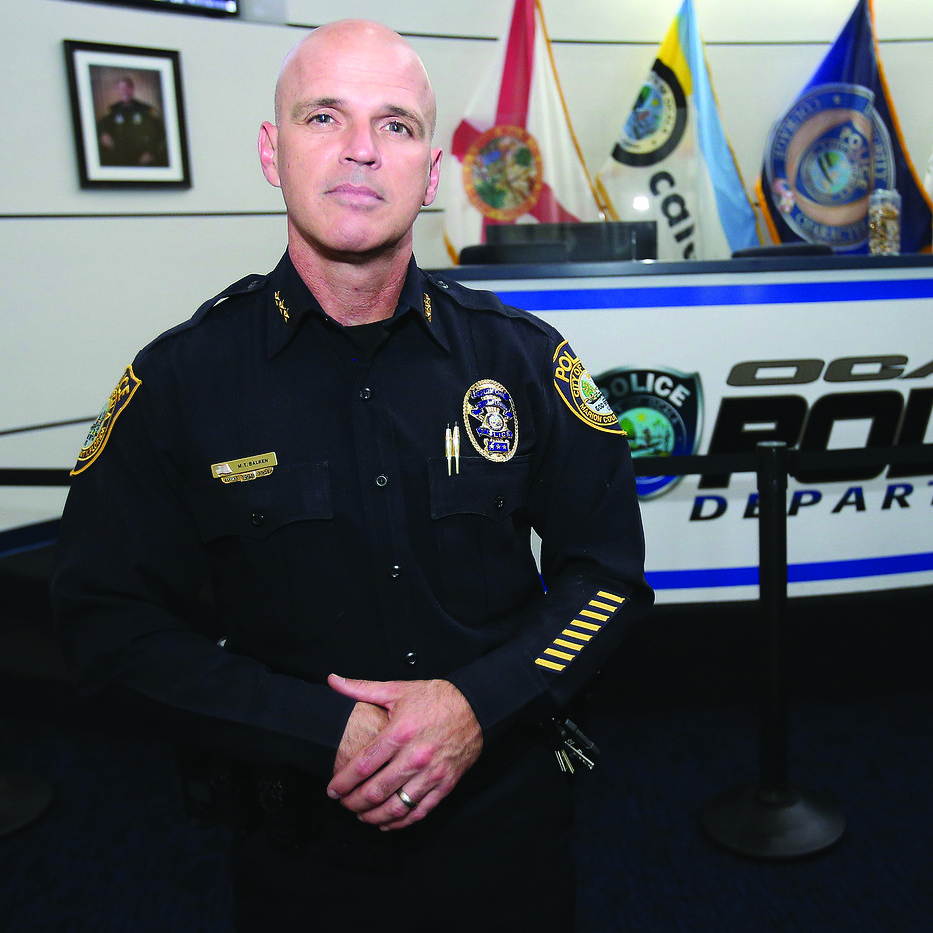 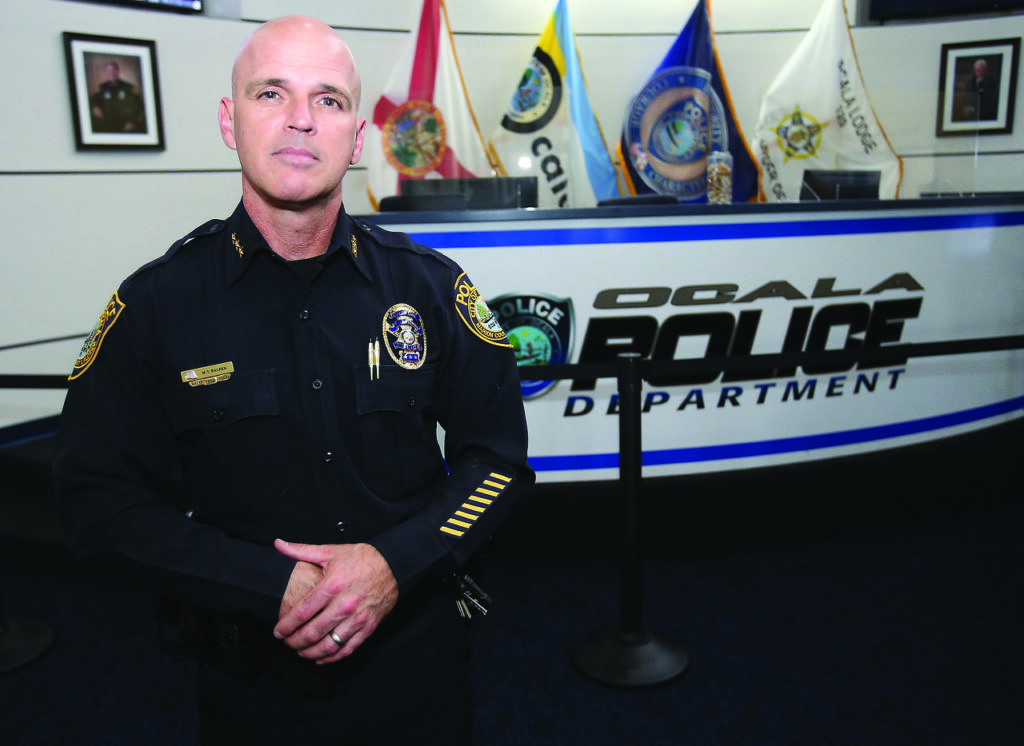 Like his predecessor, Greg Graham, interim Ocala Police Chief Mike Balken has worked his way up through the agency from patrol officer and is expected to be named chief Tuesday night. [Bruce Ackerman/Ocala Gazette] 2020

In his 27 years with the Ocala Police Department, Mike Balken has done just about everything.

He started out as a patrol officer, moved to being a field training officer and then became a detective. He went on to be a sergeant, a lieutenant and a watch commander. He worked in special operations and internal affairs before becoming a captain in 2014 and a major in 2015. He oversaw all OPD’s investigations and led the patrol division.

In 2018, he was named deputy chief, the department’s No. 2 post. It was part of a plan, that of former Chief Greg Graham, to prepare Balken to take the top job one day.

“I always wanted to experience every division in the agency,” Balken said last week. “I wanted to see how all aspects of the agency worked. I learned don’t get too comfortable in the position you’re in. There are so many facets to the agency.”

On Tuesday night all that preparation will likely pay off for Balken when Mayor Kent Guinn is expected to recommend the 47-year-old deputy chief to become Ocala’s 31st police chief. For Balken, it will be bittersweet, because he is ascending to the chief’s job only because his friend and mentor, Graham, died in a plane crash on Oct. 25, just five days after the Ocala City Council had renewed his contract as chief for two more years.

“That was the plan the whole time – for Mike to become chief when Greg retired,” Guinn said last week.

It is evident when talking to Balken that Graham was and is a huge influence on him.

“He was an incredible person,” Balken said. “You can’t go anywhere in this community without running into someone who has been touched by this man – and I’m not just talking about him as a police chief.”

If he is approved by the City Council – and there is no indication he will not be – Balken said he intends to continue where Graham left off.

“Where did Chief Graham leave us?” Balken asked. “We’re in a position to make some great strides. We’re stronger now than any time in my 27 years here.”

Balken said the 300-person department is fully staffed and fully equipped with vehicles and equipment, thanks to the countywide 1 percent local option sales tax. He said OPD has state-of-the-art technology, which he called “a force multiplier” because it allows the police to track crime patterns and predict where crimes are going to take place.

“We have never been in a stronger position to make this community a safe place to live, work and play,” said Balken, who married his middle school sweetheart, Dawn, and raised a son and daughter in Ocala.

He said an important legacy Graham left behind is “the community engagement we enjoy.” He said he believes OPD has “an outstanding relationship” with all minority communities in Ocala and wants to improve those even more. 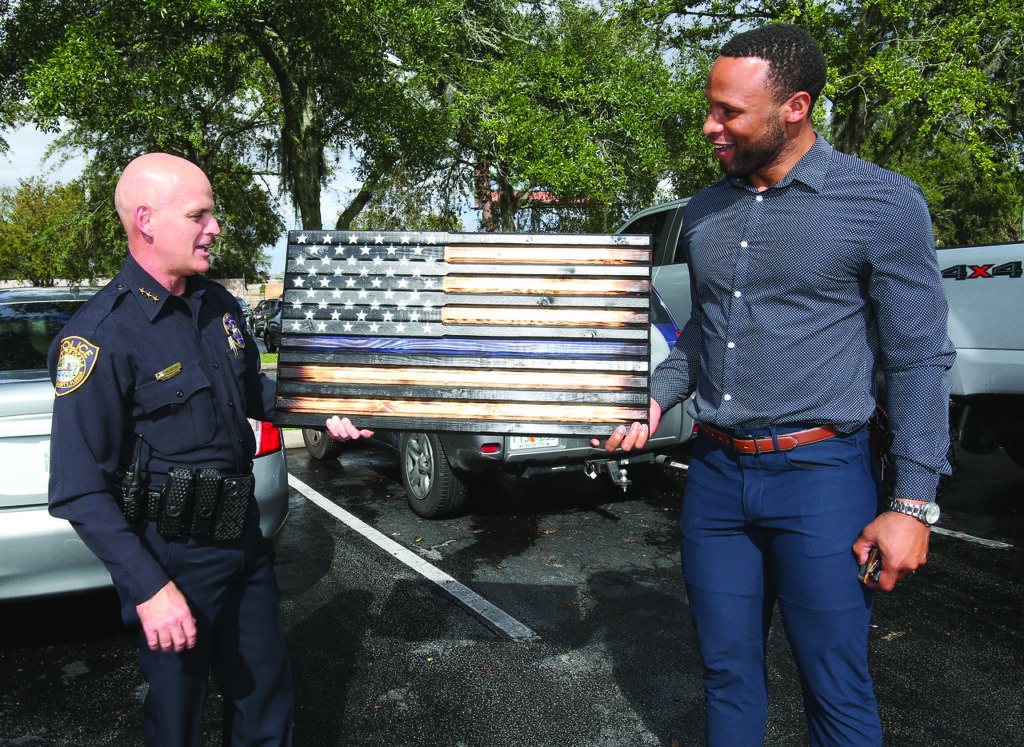 One of Graham’s last acts as chief was to approve the hiring of a community liaison, whose job it will be to provide community outreach so the department is involved in community events and programs “in a robust way.”

“(Graham) understood this was not his police department,” Balken said. “This is your department, the people of Ocala’s department. … He was really a progressive leader.

He was always on the cutting edge of whatever was coming down the pike next.”

As an example, Balken cited the community’s Heroin and Opioid Task Force, which is led by the Marion County Children’ Alliance. Graham embraced the initiative and implemented OPD’s “Amnesty Program,” through which anyone addicted to opioids or heroin can contact any OPD officer and asked to be taken to a treatment facility, no questions asked. Balken will continue it, adding, “We want to continue to save lives.”

“I would argue that Chief Graham changed the whole perception of addiction in our community,” he said. “It went from being addiction to being the illness that it is and can be treated.”

When asked about how the national protests that have followed some high-profile police incidents, like the death of George Floyd, have impacted Ocala, Balken cites the community engagement the department strives to maintain. Regarding the Floyd death, he said:

“There’s not a cop in this county, certainly not an executive, who is going to tell you that was permissible. … It was criminal,” he said. “However, cases like that, that are sensationalized in the news media, are in no way indicative of law enforcement here in Marion County.”

“We’re afforded the authority to take away your freedom, sometimes your life, because the community gives us that power and responsibility.”

Balken, who is an avid surfer, scuba dive and white-water rafter, said he hopes to receive the City Council’s support and be named chief.

“I can’t wait,” he said. “I would be honored to pick up where Chief Graham left off.”