Back to school and ready

One massive community effort has resulted in thousands of backpacks supplied countywide. 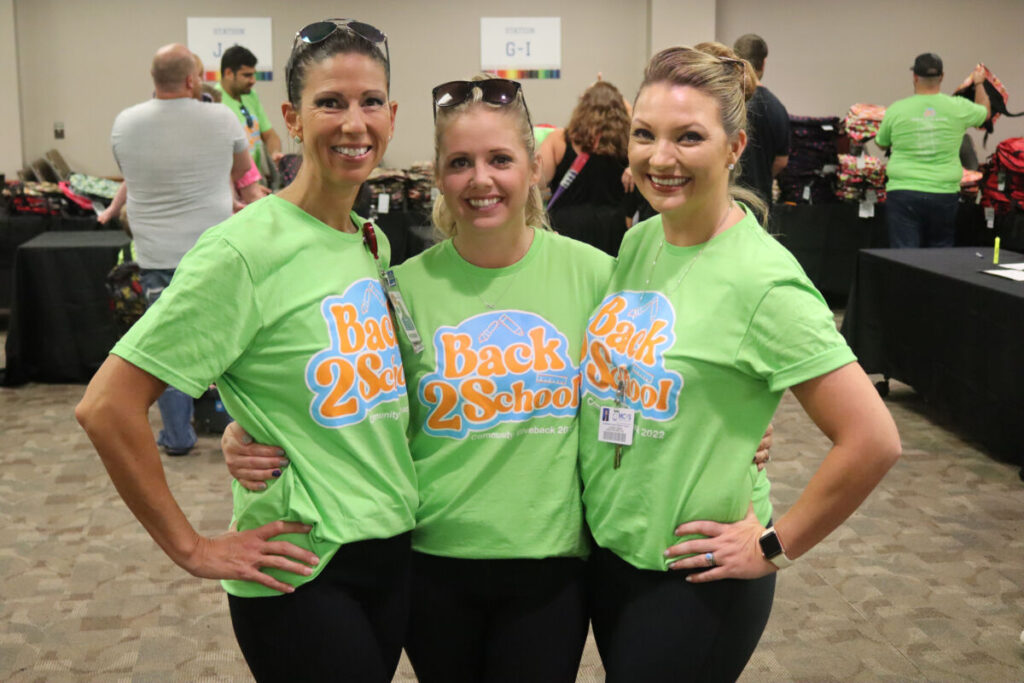 For many, a recent Florida sales tax holiday for back-to-school shopping provided just a drop in the bucket of mounting debts and expenses.

Parents are struggling to prepare children for their return to classes later this month as supply chain issues remain and some opportunistic retailers ratchet up prices. Last year, American household debt hit a record $14.6 trillion, according to the Federal Reserve.

Locally, Marion County Public Schools partnered with the Community Foundation for Ocala/Marion County and AdventHealth Ocala last Saturday to give out study and hygiene materials for kids at the Back-to-School event. The hospital’s auxiliary building served as the central hub for the countywide event.

In the lead-up to the July 30 event, the Community Foundation placed 30 boxes throughout the community. These were filled to the brim with donations, and other organizations helped multiply the project’s efforts.

But that project was just one of many spokes in the cooperative wheel.

Ashley Wheeler-Gerds, director of strategic engagement at the Community Foundation,

started one version of the Back-to-School project when she was employed by the Paddock Mall.

“I noticed that there was a huge need in the community while working with the Public Education Foundation with Marion County Public Schools,” she explained.

After leaving the mall a year ago, Wheeler-Gerds decided that she wanted the program to stay alive and she once again enlisted her friends in the construction fields and various nonprofit groups, who played major roles in this year’s campaign.

“When I started my job with the Community Foundation, I was happy to that they agreed to support this effort,” she said.

“Skanska sponsored all 6,000 of our backpacks with the Bullard Family Foundation, and we were part of a much larger event in the Tampa market. We all came together on July 16 to stuff 30,000 backpacks in the Amalie Arena. And 6,000 of those backpacks came here to Marion County.”

Their joint effort, with the help of numerous corporate and nonprofit partners, culminated in the disbursement of thousands of backpacks filled with supplies, provided for students and families across Marion County.

On July 30, volunteers gave out 2,600 backpacks at AdventHealth, and the rest were delivered to sites across the county. Even more will be made available through nonprofits such as the Boys and Girls Clubs and Project Hope.

The Ocala Police Department will host an event in the Berkeley neighborhood this weekend, which will provide 30 backpacks.

“The Community Foundation really did a great job with the vendors and getting a lot of help out in all the locations,” said Debick of Marion County Public Schools. 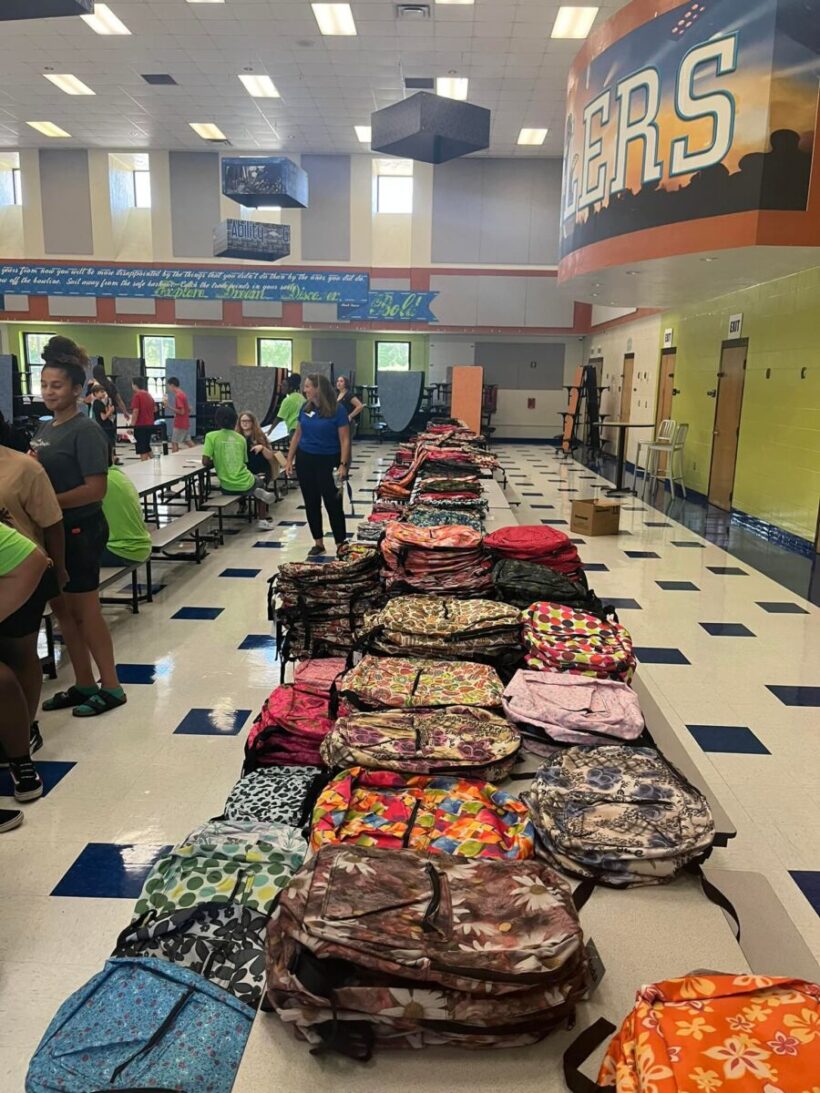 The Florida National Guard, which sponsored two of the event’s locations, helped with delivering supplies. “They spent an entire day traveling around with us to deliver 6,000 backpacks around Marion County,” Wheeler-Gerds said.

“Folks from Dunnellon or Fort McCoy didn’t have to drive all the way into downtown Ocala to pick up pencils, pens and paper that they need for the first day of school,” Debick said. “We had over 200 volunteers who helped out across all of the different sites.”

“We included specific supplies such as wide crayons for the Transition Life Center for special-needs children,” Wheeler-Gerds said. “We even packed bags for small homeschool programs, Christian fellowship groups and other religious groups.”

At the AdventHealth hub, Heart of Florida Health Center provided an onsite clinic with free health screenings and vaccines.

“We have thousands and thousands of school supplies that are being split among 25 nonprofits to go out into the community with the help of the Ocala Police Department, the Humane Society’s Bark Bus and other nonprofits or organizations that help families in their time of need,” Wheeler-Gerds added.

According to Debick, the schools received all of the allotted parent-registration forms days before the July 30 event.

“We are just so thankful to our community and for giving to our students who have what they need to prepare for the first day of school so they can be successful,” Debick said.

To donate to the Community Foundation to assist with school supplies and other needs, visit ocalafoundation.org or call
(352) 622-5020.