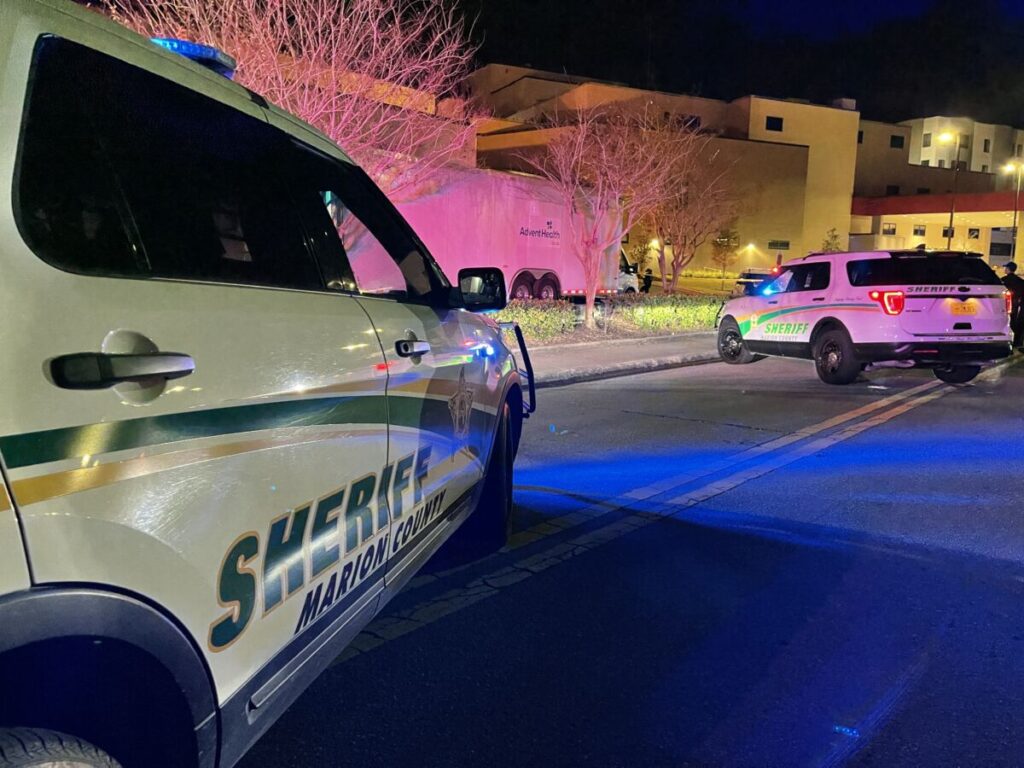 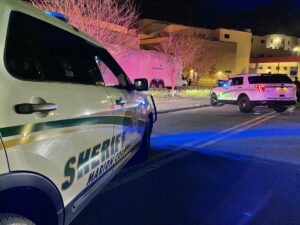 A female driver who was allegedly in possession of a gun was shot outside Advent Health’s emergency department at approximately 1:20 a.m. on Tuesday.

According to a Marion County Sheriff’s Office (MCSO) press release, deputies attempted to conduct a traffic stop on a vehicle traveling on SW College Road.

The driver refused to stop and called 911 during the pursuit, stating that she was suicidal and going to Advent Health of Ocala.

The pursuit ended at Advent, where deputies gave the driver commands to stay inside her vehicle. The driver did not comply and exited the vehicle, allegedly carrying a gun.

The driver ran towards the entrance of the hospital, ignoring repeated commands by deputies to stop.

Ultimately, a shot was discharged by a deputy and the driver was struck.

If released from the hospital the driver will be charged with felony offenses, including fleeing/attempting to elude a law enforcement officer while armed and possession of a firearm during commission of a felony.

The driver was on pretrial release for possession of cocaine and drug paraphernalia.

The deputy who discharged their firearm and struck the driver has been with MCSO for over three years, Sergeant Bloom also confirmed.

The press release also stated that the Ocala Police Department provided assistance to the Marion County Sheriff’s Office (MCSO) in attempting to stop the driver during the pursuit and in securing the scene of the shooting.

“As soon as we were aware of the potential danger at our hospital earlier this morning, we initiated our safety protocols and a lockdown went into effect to keep our teams and patients safe,” Jeffery said through a press release.

According to a media release by Advent, the ER is currently open and the ambulance bay has reopened for emergency crews.

The MCSO press release indicated that the Florida Department of Law Enforcement (FDLE) has responded to conduct its investigation of the incident and is receiving the full cooperation from MCSO.

Neither the name of the driver nor the deputy involved are being released to the public at this time.