Appleton to celebrate 35th anniversary with a double feature 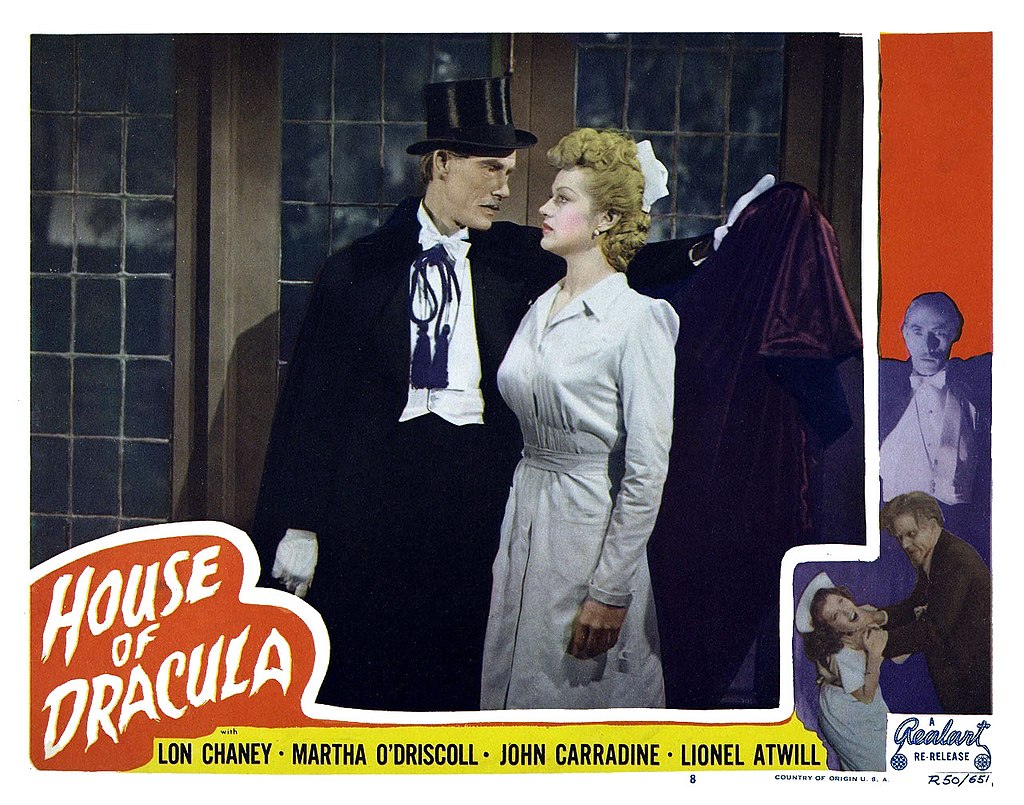 Martha O’Driscoll (aka Martha Appleton) co-stars as Miliza Morelle in the 1945 film “The House of Dracula,” with John Carradine as Count Dracula.

The College of Central Florida will commemorate the 35th anniversary of the Appleton Museum of Art with Oct. 25 screenings of two vastly different films, but which share in common a connection to Ocala’s premier museum.

One is a B-horror flick in time for Halloween and the other is a classic Danish drama that sinks its teeth into a banquet of haute cuisine and delicious ruminations on altruism and the fortune that comes with having an artistic spirit.

The Hollywood-Ocala icon stars with Lon Chaney Jr. as the Wolf Man and John Carradine as the famous vampire. It’s an unintentionally campy B-movie that has all the staples: a creepy house party, frightened guests, a host who opts for blood as his bevy of choice and, for bonus frights, a young man who turns into a growling canine hybrid in the glow of the full moon.

“Babette’s Feast” (G, Denmark, 1987, 102 min.) was released the year the Appleton Museum opened. The Danish classic centers on a French housekeeper who wins a lottery cash prize and spends it on a lavish meal. Over the many courses of her meal, we learn there’s something more to Babette, something that belies the apron and her rank in society, something that confounds her guests, a gathering of pious villagers in 19th-century Denmark.