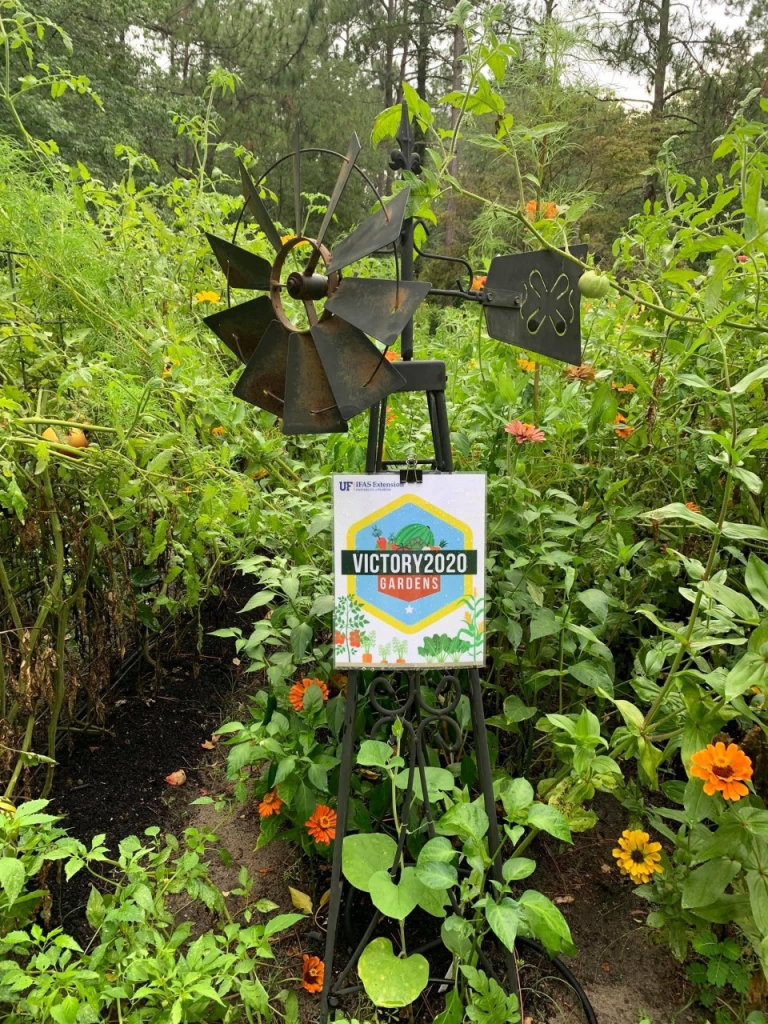 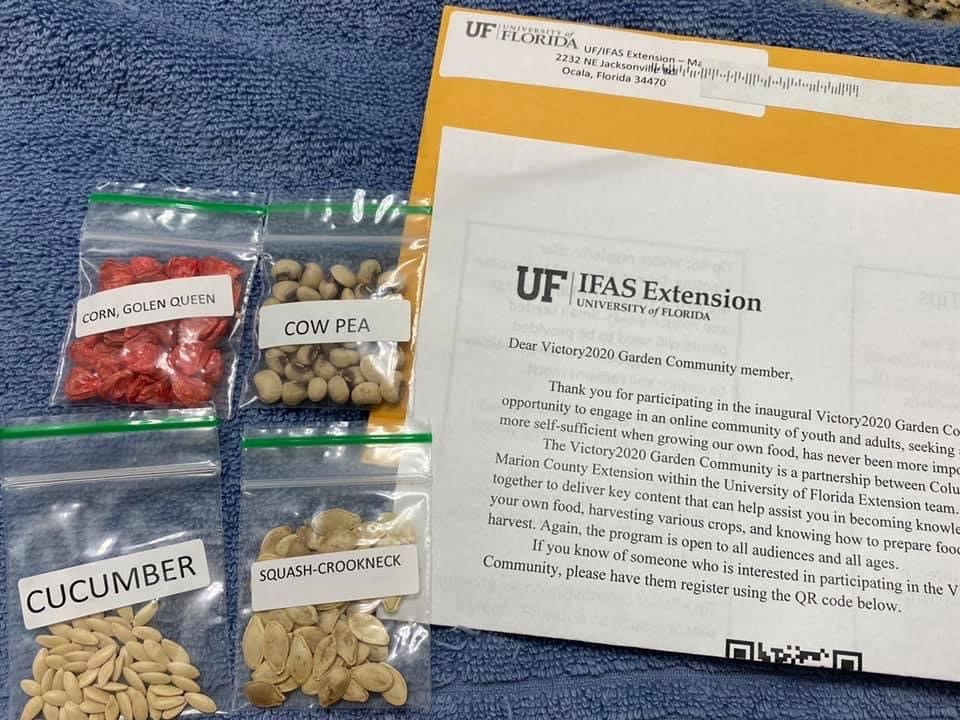 Potential revolutions are rarely an occasion for mirth.

But to many it was likely amusing when some radical protesters in Seattle took over part of downtown, and in a demonstration of their autonomy, dumped top soil on the ground and stuck plants in it to show they could grow their own food.

Perhaps those hip, young urbanites could have used some help from Marion County’s Extension Service, whose agents really do know farming, and who came up with a creative way to teach people how to grow food and build community amid the COVID-19 outbreak.

Back in the spring Emma Cannon, a 4-H youth development extension agent in Marion County, developed a program to teach people about “victory gardens.”

Cannon, who was assisted in the program by fellow Marion 4-H Agent Chandler Mulvaney, said she got the idea from her graduate studies at North Carolina State University. As a student, Cannon had researched victory gardens, which date back to World War I, and their importance not only to supply food but to build community and enhance patriotism.

“Victory gardens were an outreach for the community because all the men were away at war,” Cannon said. “When COVID started and it looked like everything would be shut down, it took me back to my research. And it was the time when people would be planting gardens anyway, so we had a program on how to grow a garden.”

As History.com explains, America became the world’s breadbasket as World War I raged across Europe, turning farmers into soldiers and their cropland into battlefields.

In March 1917, Charles Lathrop Pack established the National War Garden Commission “to encourage Americans to contribute to the war effort by planting, fertilizing, harvesting and storing their own fruits and vegetables so that more food could be exported to our allies,” History.com reports. “Citizens were urged to utilize all idle land that was not already engaged in agricultural production — including school and company grounds, parks, backyards or any available vacant lots.”

The process was repeated for the same reason during World War II.

By 1944, some 20 million plots churned out eight tons of food. Even first lady Eleanor Roosevelt planted a garden at the White House.

“Throughout both world wars,” History.com notes, “the Victory Garden campaign served as a successful means of boosting morale, expressing patriotism, safeguarding against food shortages on the home front, and easing the burden on the commercial farmers working arduously to feed troops and civilians overseas.”

The history of victory gardens fascinated Ashtyn, Abree and Ada Perryman, who are Marion 4-Hers from McIntosh.

They participated in Cannon’s program. The girls did not plant their own victory garden, even though they have considerable experience planting both personal and competitive gardens for 4-H. Their family operates Coon Hollo Farm, an agritourism site in Micanopy that draws some 10,000 people each fall. In the spring they were busy helping run the farm, which the family opened over Mother’s Day weekend and promoted as a coronavirus-acceptable outdoor activity.

Instead of planting, the Perrymans, assisted by friends and fellow 4-Hers, Cora and Lane Taylor, made a video about victory gardens to teach their lineage to others. Ashtyn Perryman, 17, said the film portrayed the girls alternating between a World War II setting and today to explain the history of victory gardens. In the brief movie, they show how such a garden would be planted and maintained.

“We flipped back and forth to show what they were going through, and we learned their response to tragedy, and what we can do to help ourselves and others now, even though we feel kind of helpless,” Ashtyn said.

“We learned a lot about the history of victory gardens and 4-H history and teamwork and costumes. It was really cool to bring back the past.”

It paid off. Earlier this month their movie won first prize at the National 4-H FilmFest in the category of “Voices of 4-H History.”

Cannon said she saw the potential of instilling some of those same benefits that animated victory gardens of the past in contemporary Marion County. But she also saw an opportunity to make it something more.

“We realized if our whole extension office came together, with all our expertise in different areas, we could serve the public as a whole to improve lives during a global pandemic,” Cannon said.

The program at that point was not just about dropping seeds in the ground.

The Extension Service’s in-house experts shared knowledge, for example, on how best to plant the vegetables, to identify and eliminate pests, to cook the harvested crops and to can and preserve them for the future.

At the end they had created an eight-part self-paced online series that took participants, who ranged in age from 1 to 80, literally from soil to table.

The gardeners were provided envelopes of seeds for cucumbers, squash, cowpeas and corn – all of which were left over from donations provided by Seminole Feed in Ocala for a spring 4-H program. Overall, Cannon said, the program ran on $7,500 in donations from individuals and groups like the Marion County Farm Bureau and the University of Florida.

But the idea didn’t stay local.

For one thing, Cannon’s team partnered with the Columbia County Extension Office and exchanged program content with agents there.

Erin Harlow, a horticulturist with Columbia County, said she started a Victory Garden program about the same time as Marion did to connect people when they might otherwise feel distanced.

“I wanted to provide a platform” – via a private Facebook group – “where we could learn from each other’s successes and failures. I also wanted people to have a way to get information from me since they couldn’t visit with my Master Gardeners or myself at the office,” Harlow said in an email.

“The program has been amazingly successful. We enjoy seeing everyone’s garden and sharing in their ‘victories,’ no matter how large or small. We also provide comfort and sympathy when things don’t go right. We have gardeners from all walks of life, all ages, one plant to huge gardens, and from across the globe. It’s been a lot of fun.”

Underpinning it all, Cannon added, was the emphasis on people doing their part to fulfill the 4-H philosophy of making “my club, my community, my country and my world” a better place.

“I love gardening,” Cannon said, “because it’s good for your mental and physical well-being. With COVID-19, we’re not sending food overseas to troops, but we told them they were doing their part for their families and the community.”

“Maybe this is an avenue how we can serve more,” she added. “This has taught me about a whole new way that we can improve people’s lives.”