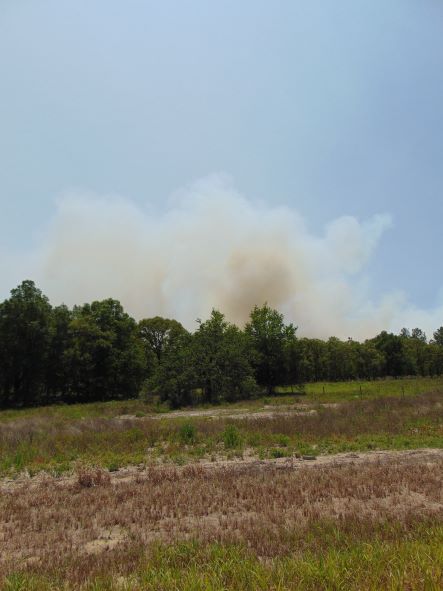 Thanks to both higher than average rainfall and overall water levels, the county has experienced a much lower than average wildfire rate the past four years, according to a report from the Florida Department of Agriculture and Consumer Services’ Florida Forest Service (FFS).

That tidbit was contained in the annual Cooperative Fire Control Report sent to Marion County Administrator Mounir Bouyounes Sept. 1 and contained in the agenda packet of Tuesday’s Board of County Commissioners meeting.

The report, in accordance with the longtime Cooperative Fire Protection (CFP) and Cooperative Forestry Assistance (CFA) contracts between the FFS and Marion County, covers July 1 of 2021 to June 30, 2022, and documents wildland fire activities in the county during the State fiscal year.

“Over the past four years, rainfall and overall water levels throughout Marion County and the region have remained higher than average. This has correlated to a much lower than average fire occurrence over that time,” the report said.

Moreover, the average fire size dropped from 5.60 acres in 2020-21 to just 3.5 acres last fiscal year it said. The numbers, however, did not include requests for assistance from Marion County Fire Rescue on grass or wildland fires where the Forestry Service responded, but no direct action was taken.

While arson fires were the main cause of wildfires in 2020-21, the most significant cause by both number and acreage last year were debris/open burning fires, the report said.

The FFS issues burn authorization for land clearing, agriculture, and silviculture, (growing and cultivating trees) operations in the county and last fiscal year allotted a total of 16,988 authorizations, the report said.

Since the early 1940s, the County has had an agreement with the FFS to protect its forest, grass, and wildlands from destructive woods fires. The 80-year pact dictated the County’s annual share of the expenditures necessary for the support of the forest fire control unit would be determined by multiplying seven cents’ times the number of forested acres in the county.

According to the report, the FFS had 12 full-time employees in the county and an estimated $1 million in cost for salaries, Operating Capital Outlay, and expenses last year.

The cost to Marion County or its share was $40,746 last fiscal year, the report stated.