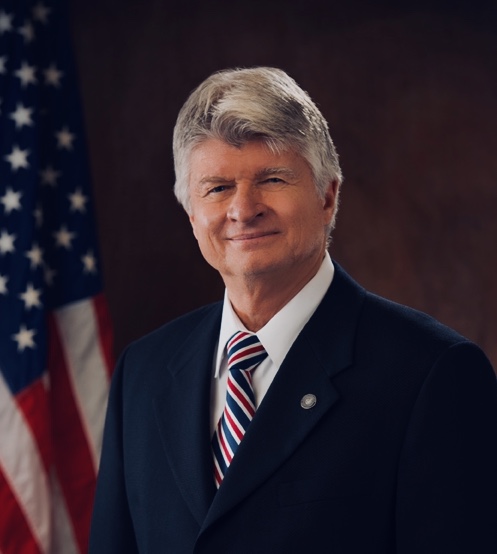 If any one person could accurately attest to the growth Marion County has seen since 1975, it would be recently retired Marion County Property Appraiser Villie Smith.

Back in 1975 at the age of 25, Smith was working in Gainesville at a construction company when he heard the Marion County Property Appraiser was hiring. Since he had grown up with his father, J. Peirce Smith, often discussing the work he thoroughly enjoyed as Alachua County’s Property Appraiser, he decided to apply. He was hired and thus began his career in an entry-level position under Tax Appraiser Charlie Fleming. “I suppose I had it in my blood from the beginning,” Smith said as he reminisced on his 46-year career.

When he first began working at the property appraiser’s office, there was a significant change in the rules governing how properties were appraised.

“All of a sudden, properties had to be assessed at 100% of just value,” said Smith, explaining that this meant a complete re-appraisal of all properties in the county.

But in 1975, the vast wave of growth in the county hadn’t quite started yet. He pinpoints that date to around 1980, when the Paddock Mall first debuted on State Road 200. Already, there were a few subdivisions in existence along the Southwest corridor of the county, but when developers began to recognize just what a special place Marion County was in which to live, “that’s when the growth really took off,” said Smith.

Being located equally distant to both coasts and having plenty of land to develop was attractive to many. Property taxes that were at or below state averages were another reason, Smith said.

By this time, Smith had already moved up to the position of assistant property appraiser under newly appointed Property Appraiser Rudy Muckenfuss.

“I was very fortunate to move up quickly,” said Smith.

Smith was elected property appraiser in 1996. He noted that throughout his career, he had the pleasure of working with some great public servants and great staff inside and outside of the office, “and we all sought to do what was best for the residents of Marion County.” 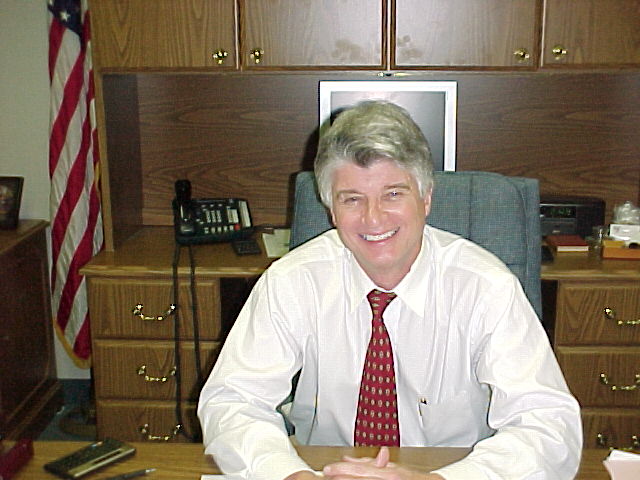 Among those he worked closely with were Marion County Tax Collector George Albright, recently retired Clerk of the Circuit Court and Comptroller David Ellspermann, and longtime employee Jimmy Cowan, who was recently elected property appraiser in Smith’s place.

When asked for details on the role of Property Appraiser, Smith said the work “is not an exact science. It is an art, based on analyzing market data.”

He added that what he enjoyed most was maintaining a “hands-on approach” to leadership.

“I felt it was important to stay abreast of everything going on, such as staying involved with value work,” he said.

And the biggest challenge he faced?

“Keeping up with what was going on in the Florida legislature,” he said. “The job was ever-changing because the laws are constantly changing. But that’s what made it so exciting.”

Witnessing all the growth in the county was also exciting, he said.

“Needless to say, there were a lot of changes through the years,” Smith said.

A couple of the most significant of those changes included transitioning much of the office’s records online and helping implement a proprietary appraisal system which saved the county at least $2 million compared to buying new software every few years. But Smith said he can’t take full credit for that. He said the recognition should go toward the talented information technology staff who worked under him and were able to implement changes in-house.

“I never been a very good politician,” he said.

Instead, he has always considered himself a “public servant,” and it’s been “very rewarding to serve the public,” he said.

As for his retirement so far, Smith is simply taking some time to enjoy it on the land that has been in his family since the 1850s. It’s located in the very northwest corner of Marion County in a place called Wacahoota, near the Alachua County line.

“We have a proud history here and since we do have a little farm on the property, there is plenty to do,” he said.

And of course, he’ll always reflect on his long tenure as Marion County Property Appraiser with fondness.

“I truly loved it. It will always be a special time in my life,” he said.