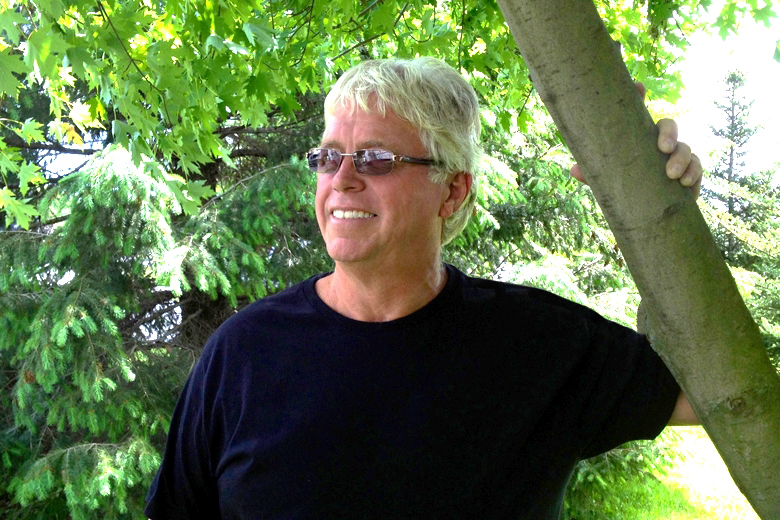 Glass sculptor Terry Andrews creates melodies and harmonies with colors and shapes, but it took almost half a lifetime for his uniquely expressionistic works to take shape.

In his younger years, the Tampa native toured the U.S. as a singer-songwriter. But in his second act of life, he decided to infuse his knack for melody and structure in the craft of glass art.

“I just enjoy the colors,” Andrews said. “People say they see a lot of music in my artwork, and I guess I understand that even though I still don’t know how to read music.”

Andrews, now based in Ocala, has lived in Alaska and across the nation. He’s enjoyed a seminomadic life as both a musician and artist. In his 20s and 30s, he devoted his time to performing at venues of all types across the U.S., but he reached a plateau with his music career and sought a new outlet for his talents and creativity.

“I had come off of a divorce and bankruptcy when I started this business,” Andrews shared. “All I was worried about was paying the mortgage and the bills. I threw everything against the wall. I did glass carving. I melted beer bottles and made wind chimes out of ‘em. I did everything I could possibly do.”

Working with lamps in his youth and studying physics at the University of South Florida helped ease the transition to a new medium. The inspiration to make a living with art came to him while working with a pottery studio owner. 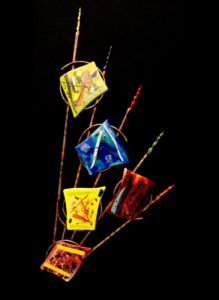 “He had 17 mall locations, and I would run the stores for him,” Andrews explained. “That’s when I started realizing that there was money out here in the art world. Plus, I’ve always enjoyed working with glass.”

That passion has taken him from blowing glass and lampwork to creating large, flat and carved glass sculptures. Lately, he has created sculptures with copper and fused glass.

“The fusing happens in a kiln and then the fused pieces are used as accents on the formed, cut and welded copper structures,” he explained. 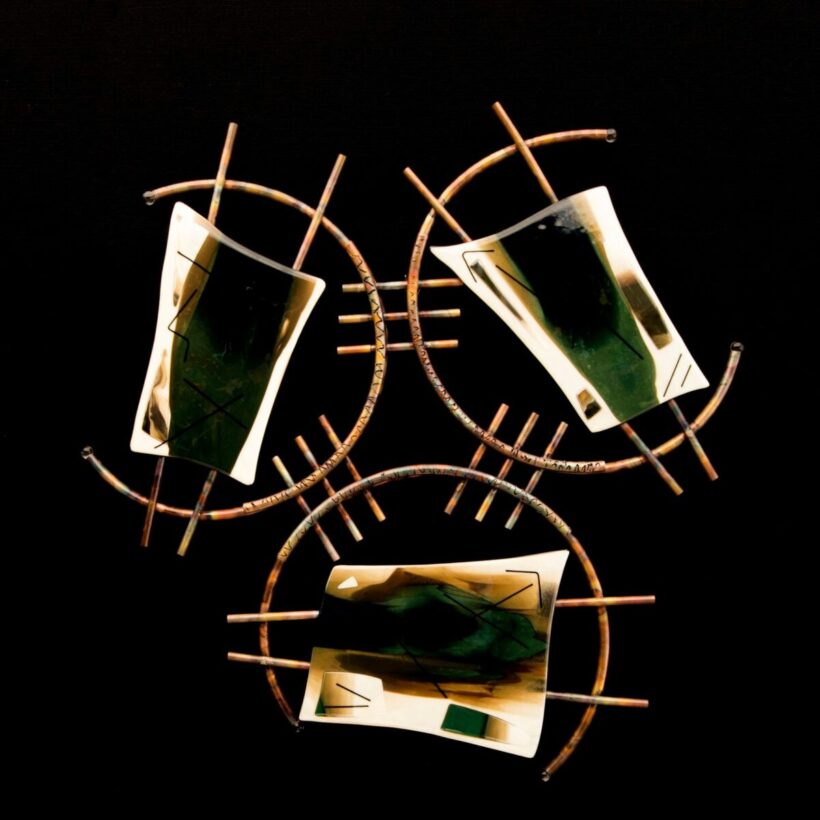 Some of the works are decorated with lampwork glass to create a whimsical feel. They include mosaics and functional lighting fixtures crafted with handblown glass and copper that he calls “Zen Lights.”

Some of Andrews’ work can be found in the permanent collections of the Carter Center in Atlanta and the Carrollton Museum of Contemporary Art in Carrollton, Georgia. He’s won juried awards on the national art show circuit, and his work has been acquired by collectors around the world.

“I’m 68 years old,” he said with a laugh. “It took me forever to get this down, but I finally have, and it’s finally starting to pay off.”

When asked what drives him, Andrews didn’t have a ready answer.

“I don’t know where the inspiration comes from other than I just love the idea of colors and lines and shapes,” he responded matter-of-factly.

But the making part, well, that gets Andrews talking:

“When I go out into the studio every day, something new comes along. This week was great. Some new ideas came along, but it’s never dull. After 20 years, I still get excited about my work. I still open a kiln every day and it’s like Christmas, you know? Working with glass is a wonderful thing to do.”

On May 14-15, Andrews will be at the La Plaza Grande Art & Craft Festival in The Villages.

Find out more about Terry Andrews’ glassworks and art show appearances at terryandrewsgallery.com.