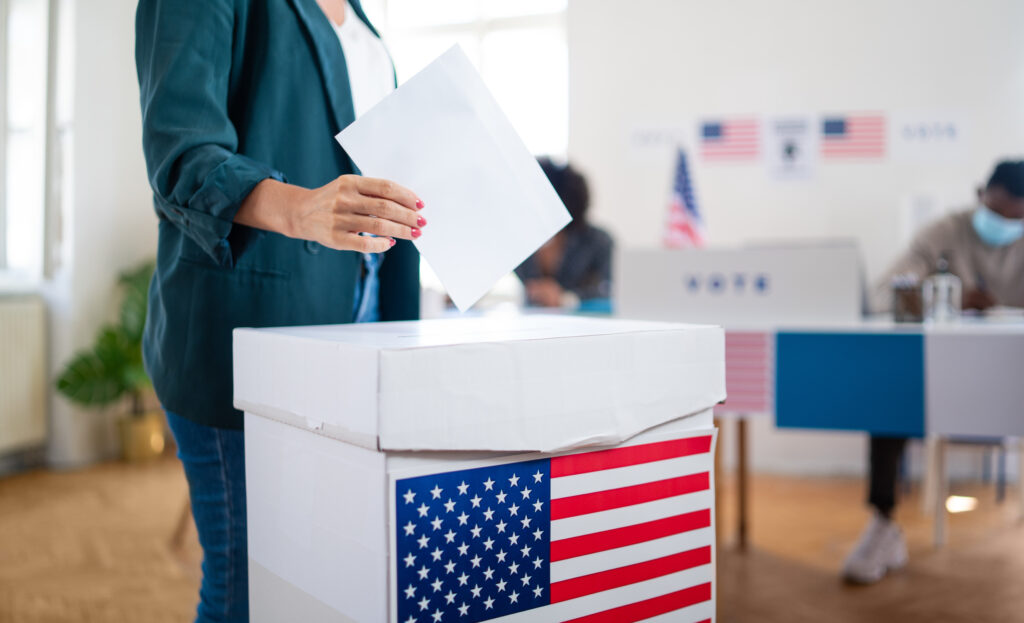 A healthy democracy requires citizens willing to step up and run for public office and voters to make their choice.

This past city election, fifteen brave citizens stepped up to fill four city council and the mayoral seat.

In the end, 25% percent of registered voters showed up to play their role, a significant increase over the most recent highwater mark of 15% turnout in 2009.

But a healthy democracy also requires participants to play by rules reflective of our society’s aspirations.

Judge Charles W. Pickering pointed out, “a healthy democracy requires a decent society; it requires that we are honorable, generous, tolerant and respectful.”

This election, however, some were neither honorable, tolerant nor respectful.

There was an undercurrent of ugly innuendo and outright racism aimed at Manal Fakhoury, a candidate for mayor.

As a community and a country, we’ve worked hard to address biases both conscious and unconscious. We’ve made progress.

Sadly, some of the rhetoric used against Fakhoury showed we still have a way to go.

Some voted against Fakhoury, who is Muslim and of Palestinian descent, because they disagreed with her politics and/or felt she was unqualified to be mayor.

But some sank to calling her a “terrorist” because of her race and religion.

Some pointed to her work to nationally support other Muslim Americans as proof of their fear. They posted to social media inflammatory materials with twisted or downright false pretext. They pointed to campaign donations to Muslim candidates who were among more progressive Democrats as proof that Fakhoury was part of some underground conspiracy to undermine our democracy – all the while ignoring her past contributions to very conservative candidates.

How do you discern whether it was bigotry and not just the natural human nature to trust people who look and think more like we do than people who may be different? You can start with where the focus is. Is it the action, or the individual participating in the action? If it’s the action, then the response should be uniform across the board, regardless of who performs it. If it’s the individual, however, there may be an internal bias at work.

By the time he took office, Trump had made more political contributions to democrats (think Andrew Cuomo, Hillary Clinton, Kamala Harris, and even Joe Biden) than he had to republicans. He explained it was part of doing business, and the issue died there.

It seemed for Fakhoury all her campaign contributions to very conservative candidates were disregarded, and rather she was cast as an outsider by some looking to create a narrative that she was part of some larger jihadist move to infiltrate Ocala.

There were also claims she was ungodly because she was Muslim.

Fakhoury, a resident of Ocala for at least 30 years had no criminal record, is a philanthropist who many have worked beside supporting good causes, a business owner, wife, mother of three who successfully raised her children in going to the same schools our children went to. She was accused of being ungodly because she was of a different religion, not based on how she lived her life.

This type of messaging crossed a line that this newspaper and we believe our society repudiates because it conflicts with our values as Americans.

History tells stories of communities made up of either Christians, Jews, Muslims – each being guilty of grave community sins. No religion can rightfully claim the white hat for moral governance.

Thankfully, the first amendment to our constitution not only protects the right to religious beliefs and practices- but it also prevents the government from creating or favoring a religion.

For those of you reading this editorial a century from now, Fakhoury did not retaliate by attacking back. Her reaction reminds us of how many minorities have had to gingerly navigate their efforts to be treated as equals. By the time you read this, we hope you have learned from our mistakes.