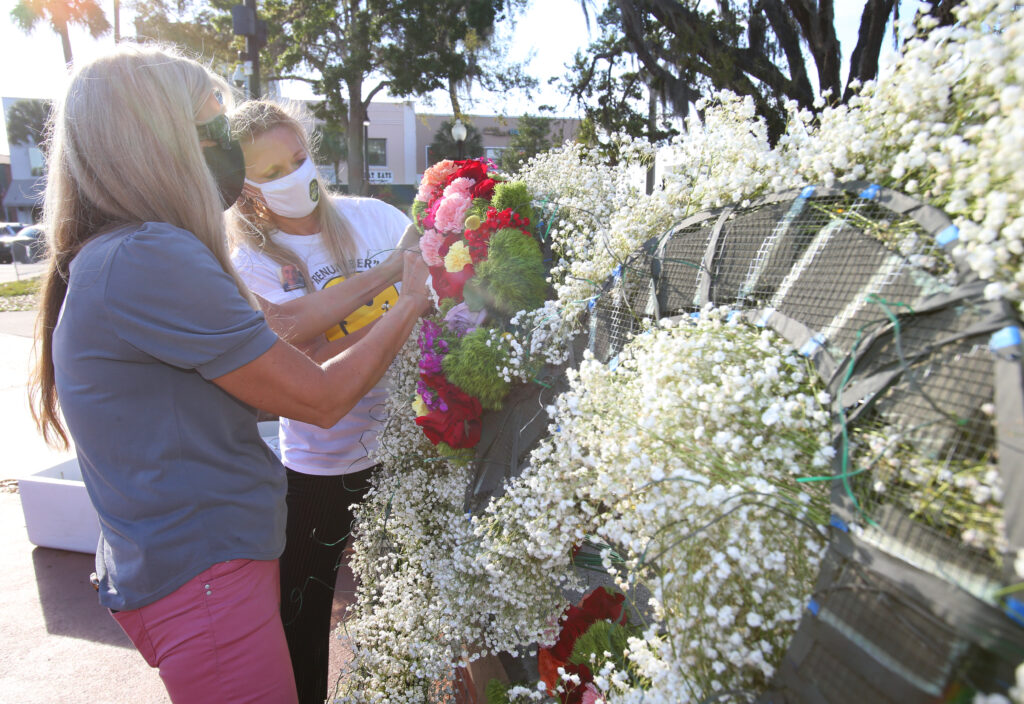 Debra McCoskey-Reisert of Citrus Springs, right, and Tammy McGinnes of Bronson, left, place flowers on a Floral Heart Project wreath that was placed in memory of people who died from COVID-19 on the Ocala Downtown Square in Ocala, Fla. on Monday, March 1, 2021. McCoskey-Reisert lost her brother, Bobby McCoskey, who lived in Indiana, in April 2020 and McGinnes also lost her uncle, Bobby Roumanos to COVID-19. More than 100 other similar Floral Heart Project wreath layings were held across the country on Monday. [Bruce Ackerman/Ocala Gazette] 2021. 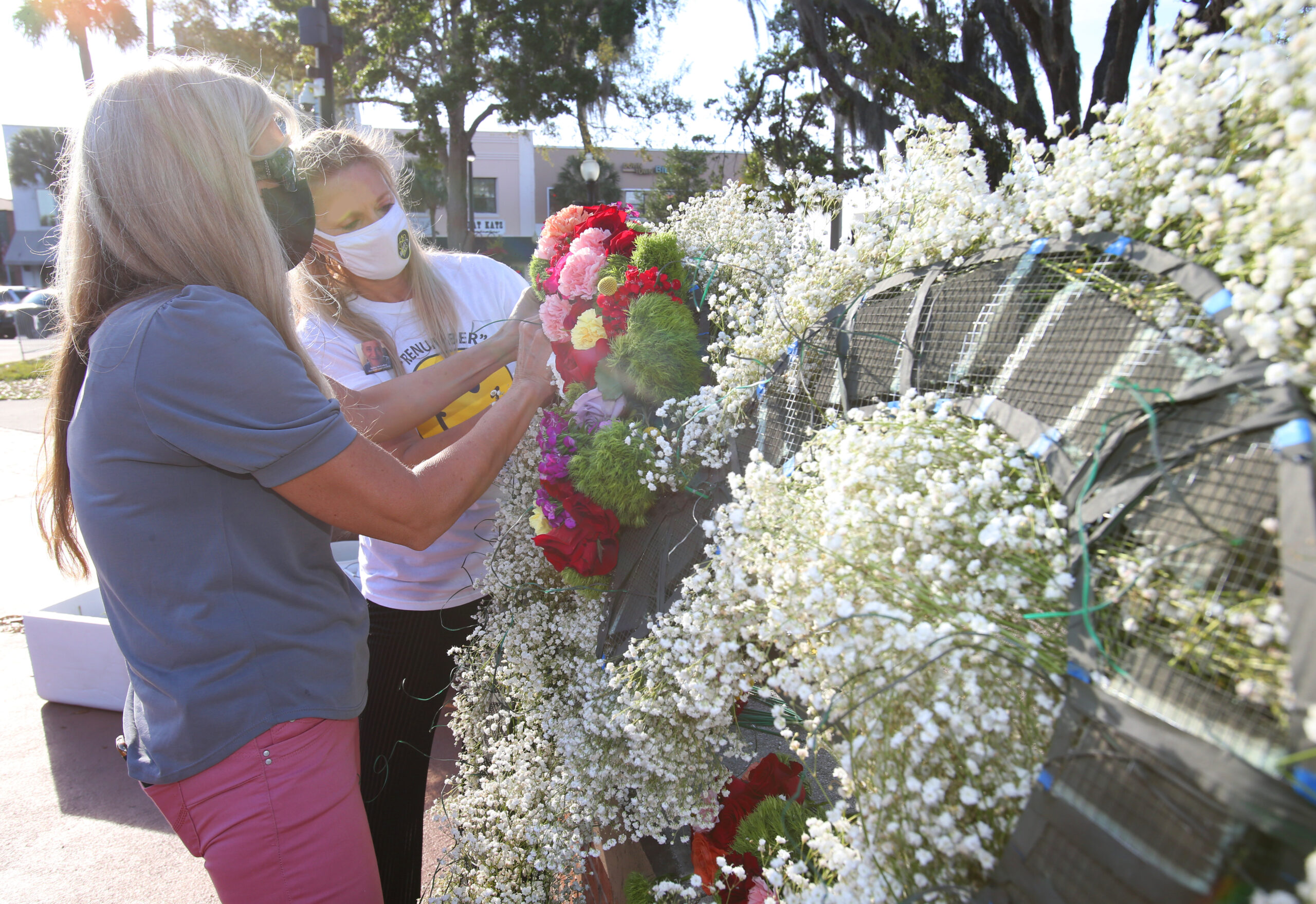 Debra McCoskey-Reisert of Citrus Springs, right, and Tammy McGinnes of Bronson, left, place flowers on a Floral Heart Project wreath that was placed in memory of people who died from COVID-19 on the Ocala downtown square on Monday. [Bruce Ackerman/Ocala Gazette]

When Debra McCoskey-Reisert’s brother, Bobby, died in April of COVID-19, she wanted to do something special in his memory.

“He was extra special,” McCoskey-Reisert said of her brother. “He was intellectually disabled, so even though he was older than me, he was also like a really good kid.”

But she sunk into grief for Robert “Bobby” McCoskey, 55, who died on April 29.

“I’ve been grieving all this time,” she said. “There’s nothing more horrible that’s ever happened in my life. I was in a very dark hole for a very long time.”

Her husband, Steve Reisert, encouraged her to move forward. Eventually, she found the Floral Heart Project, which planned to lay 100 floral, heart-shaped wreaths around the country on Monday to recognize the more than 500,000 Americans who have died of COVID-19.

McCoskey-Reisert brought her wreath to the square in downtown Ocala on Monday.

But McCoskey-Reisert, who lives in Citrus Springs, was not alone.

Her husband built the five-foot by four-foot heart, and Tammy McGinnes and Terri Melton help organized the dozens of flowers in the arrangement.

The project started in April, about the time Bobby died. New York City-based artist Kristina Libby made the first arrangement in her grief.

“I didn’t start out to create a nationwide effort. I laid a heart because I was grieving, and I wanted to do something to recognize our losses,” Libby said in a press release. “From there, the project has grown as others want to recognize the losses in a way that is beautiful and compassionate. Community matters now more than ever, and one way we can grow community is by grieving together.”

With national florists providing the flowers, the effort hopes to make March 1 a national day of mourning for those who died of the virus.

Locally, McGinnes was also commemorating her loss. Her uncle, Robert “Bobby” Roumanos, died the day after Christmas. He was 80 years old.

“It just became bigger than I ever imagined,” McCoskey-Reisert said of the project. “And in such a wonderful way because now our community has a place to go mourn for at least a few days.”

The wreath will be on display at the downtown square until noon on March 4. For more information about the initiative, visit www.floralheartproject.com.