Wrapped up in baskets 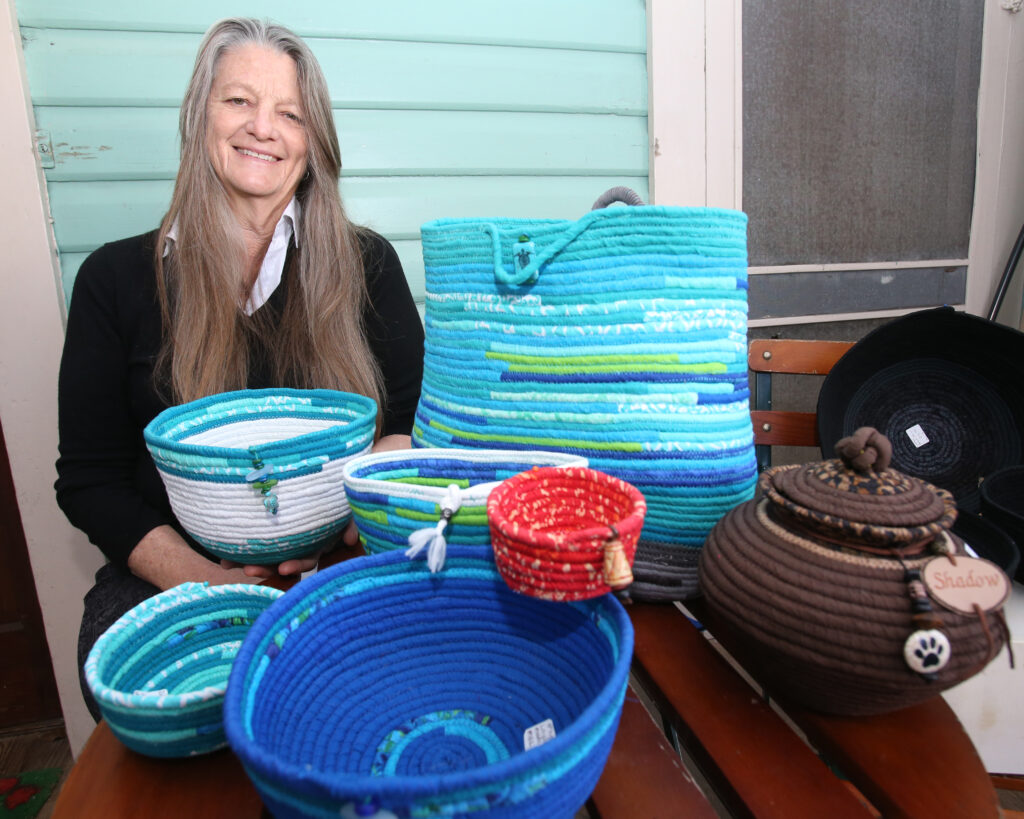 Mary Blanchette of Dunnellon poses with a selection of the baskets she makes. Blanchette is a retired elementary school teacher who has been making the baskets since December. They are offered for sale at the Grumbles House in Dunnellon. [Bruce Ackerman/Ocala Gazette]

Mary Blanchette of Dunnellon poses with a selection of the baskets she makes. Blanchette is a retired elementary school teacher who has been making the baskets since December. They are offered for sale at the Grumbles House in Dunnellon. [Bruce Ackerman/Ocala Gazette]

Mary Blanchette has always been artistic.

Before becoming a teacher 20 years ago, she enjoyed attending art shows and selling hand-painted rocks featuring animal designs. Growing up in Panama, she learned to sew and even had her own t-shirt business.

Last fall, when she retired as a second-grade teacher from Dunnellon Elementary, she again found herself with time for artistic pursuits. That’s when she discovered joy in making fabric-wrapped rope baskets.

“I love baskets,” she said. “I had no clue how the first one was going to come out, and I loved it.”

The idea came from watching YouTube videos. She bought a length of rope, gathered some fabric scraps and started wrapping, coiling and sewing. She was hooked.

“I was amazed,” she recalled. “I just love starting it because I never really know what I’m making. I just have an idea of which colors I want to go together, but I never really have any idea what shape it’s going to come out to be. I just keep wrapping and think, ‘I’ll just see what happens.’ That’s kind of the fun of it. You can take some strange, patterned piece of material that you had forever, and as soon as you start wrapping it around, it turns into something totally different. So, it’s kind of cool to see that happen.”

Blanchette made a few baskets for her home, where she uses them as decorative containers for potted plants. Soon, she had enough to sell and attended the First Saturday Village Market in Dunnellon. 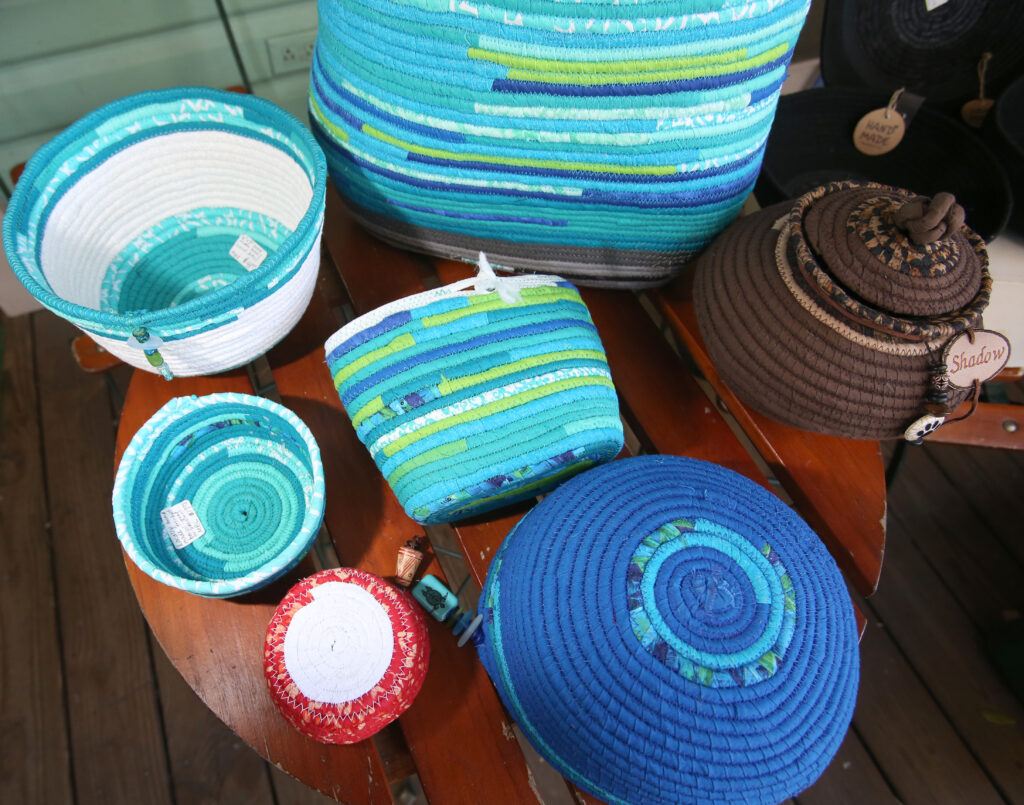 A selection of fabric-wrapped rope baskets made by Mary Blanchette are shown. [Bruce Ackerman/Ocala Gazette]

“I went there and sold three or four the first time and thought, ‘We’re in the middle of COVID. If anybody’s buying a basket, it’s pretty amazing!’”

So, she set up an Etsy shop, Bee Kind Kraft Company. The name hearkens to her teaching days.

“That was always my No. 1 rule in my classroom: Be kind, always,” she said.

Blanchette is currently experimenting with Easter baskets and custom baskets in certain colors, shapes and sizes. But her inspiration has always come from nature.

“I grew up in Panama, in the canal zone, and lived at the ocean all my life,” she said. “All those greens and blues are from that — from the jungle and the ocean.”

Many of her works now incorporate beads and embroidery with turtle, frog and leaf embellishments.

Making baskets is a great way to upcycle shirts, pillowcases, and fabric scraps, Blanchette noted. Her unique creations begin with simple cotton clothesline. She makes the process sound easy: cut strips of fabric, wrap the fabric around the rope, coil the rope into a basket shape, then sew the coils together with a zigzag stitch.

She hopes her functional artworks bring others as much joy as she finds in creating them.

“It just makes me happy I can create that, and I hope they feel the same way.”